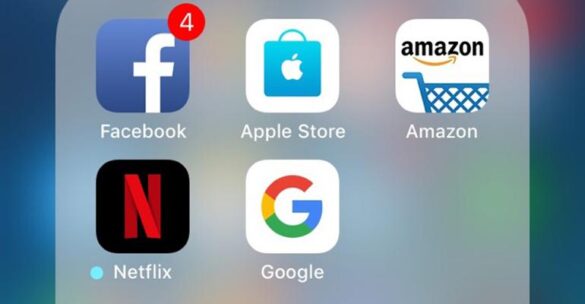 Over the last few months of 2018, several European Union member states intensified their opposition to a proposed Digital Services Tax (DST), also known as the “Google Tax”. Yet, these efforts have not prevented the campaign to further damage the EU’s innovation ecosystem. As more pro-innovation member states have soured on the proposal that was initially championed by France and Germany, numerous national governments, including Italy, Spain and the UK have decided to move ahead with national-level digital taxation. These decisions have emboldened French Finance Minister Bruno Le Maire to push harder for EU-wide taxation and accelerate consensus over its adoption at a meeting scheduled for February 12th, 2019. The dangers of moving ahead with burdens on the digital economy should not be ignored as policymakers continue to discuss the DST.

The proposed DST would levy a 3% tax on revenues generated from online activities on any company that earns over €750 million globally, and €50 million within the EU. Predictably, this has been criticised for targeting American giants, such as Google, Facebook, and Netflix, which are extremely popular among Europeans, yet fail to have domestically based counterparts. In his call for an Austrian national DST should the European Union’s fail, Chancellor Sebastian Kurz criticised Facebook and Amazon specifically, accusing them of “barely pay[ing] taxes”. Aside from a variety of concessions to national industries, the EU-wide proposal broadly defines digital services as: online advertising, multisided platforms such as AirBnB or Uber, and the transmission of data collected and generated online. Taxation would be determined by the revenue generated from users based on the specified location of their devices, making the location of the company or the residence of the consumer irrelevant. The European Union has claimed that this would create a “clear and fair” corporate tax regime, but in reality, it would provide a means for governments to generate revenues without developing an environment favourable to digitisation.

Targeting digital services for discriminatory taxation would slow down the rate of digitisation in the European Union. Digitisation has been an official priority of the European Commission: Having connected industries is vital for leveraging the gains of the so-called Fourth Industrial Revolution, in which digitally-enabled technologies such as advanced robotics, artificial intelligence, cloud computing, the internet of things, and more enhance productivity and help economic growth. There are five criteria for digitisation in Europe: broadband connectivity, technologically-literate human capital, digital public services, consumer use of internet services, and business use of digital platforms. A DST will negatively affect the latter two of these targets.

As the tax applies to digital revenues, it will be grossly inefficient and high costs will have to be passed onto consumers. In the case of advertising, these consumers will often be European firms attempting to reach consumers through digital platforms, a decision they are likely to take with more caution as costs rise. European policy markets have often mistakenly read the advertising market as a duopoly, due to the high market share of Facebook and Google in online advertising. Digital advertising, however, does not take up the majority of companies’ marketing budgets, and harming leaders in digital advertising will not improve competition, but result in more companies pursuing non-digital alternatives. In addition, the financial burden placed on the provision of digital services would act as a disincentive for those firms that have yet to make the digital transition. This will harm the already disappointing digitisation rates across the continent. It is pertinent to note that initial opposition to the EU-wide tax came from Ireland, Luxembourg, Denmark, and Sweden, all of which are amongst the most digitised in the European Union.

The Irish government, whose favourable corporate tax regime has attracted many large technology companies, criticised the mechanism of the tax, which would reduce the incentive for companies to invest in Ireland. Rather than develop tax policies and regulatory regimes that attract innovation, the EU-wide digital tax would redistribute earnings generated from online activities to the treasuries of nations in which digital activity took place. Others criticised the proposal’s language for targeting American companies, which would feed into a narrative that the EU is trying to gouge American innovators as opposed to helping support its own. With the European Union’s aim to accelerate its 5G deployment and develop a true single market for digital services, these criticisms of the digital services tax reveal it to be a step in the wrong direction.

The negotiations over a unified DST fell apart over German desire to exempt carmakers from the new tax rules, since cars are increasingly internet connected, and would be burdened by the taxation on their app-provided services. The German approach betrayed the European Union’s willingness to protect industries in more powerful states, and neglect the pro-innovation environment of countries like Ireland. Implementation was delayed, and is expected in 2020. Nonetheless, some national governments have moved forward with incorporating it into their tax policy. In doing so, not only are they harming the ecosystem of digital markets domestically, but further fracturing the continent’s digital market.

In Italy, where the move for a DST is furthest along, companies are to be taxed on their digital activities beginning in April 2019. The Italian DST requires the same minimum of €750 million in global revenue for taxation to occur, but with the specification that their digital services must generate at least €5.5 million in Italy. Italy is one of the least digitised countries in Europe, meaning that the revenues generated by taxing domestic consumption of digital services will only further prevent digital adoption. While certain countries, like France and Austria, have decided to threaten national level taxations if an EU-wide push fails, the Italian approach of moving forward with the DST amounts to double taxation and leads to a less harmonious digital single market.

The internal European divisions over the digital single tax reveal the manifold complexities of taxing digital activities as a unique category. As new technologies promise to revolutionise industry and increase productivity, digital services will be a cornerstone of all economic activities. By burdening digital services right now, these promises will not be realised and digitisation will be delayed. A DST would simply give money to poorly functioning governments, discouraging them from embracing the sorts of policies needed to improve Europe’s digital economy.