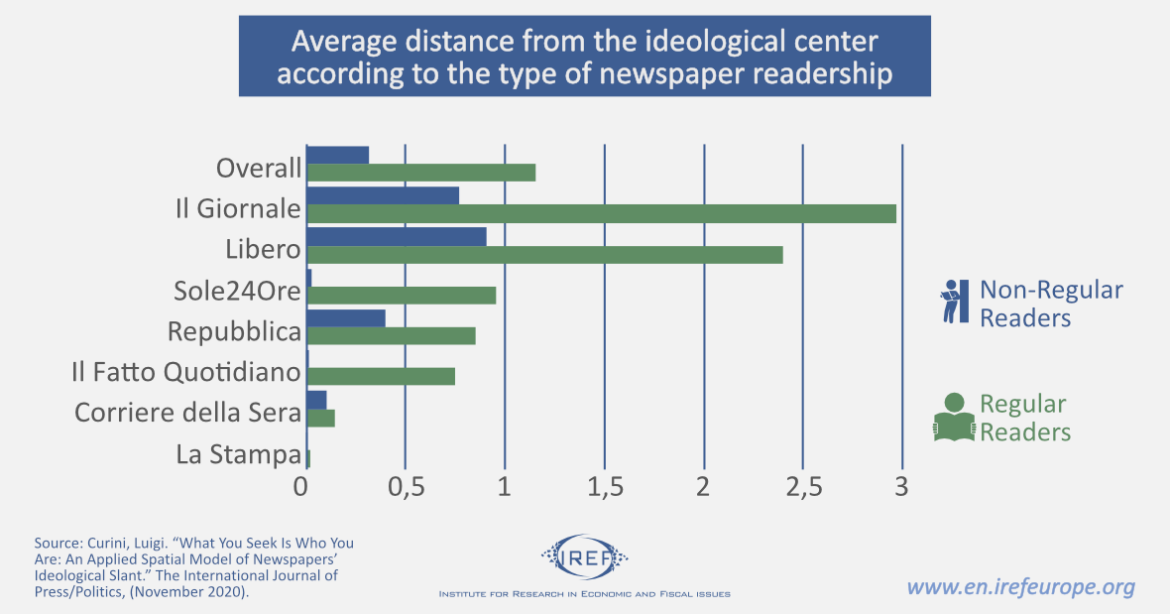 Two distinct patterns have been characterizing the news media landscape lately, First, according to the World Press Trends data, for example, daily print newspaper circulation between 2012 and 2017 has declined by 20 percent in Europe, 12 percent in North America, and 31 percent in Oceania. Of course, Internet and social media have played a crucial role in explain this dynamic. But there is more to it.

A second pattern is the persistent (if not increasing) degree of ideological slant (i.e., ideological differentiation) in newspapers. The newspaper coverage of the latest US Presidential race (before and after the 3rd of November) clearly illustrates the point. In this respect, it has been noted that the stronger the political parallelism in the media system of a country (i.e., the extent to which the different media reflect distinct political orientations in their news and current affairs reporting, and sometimes also their entertainment content), the lower is the general reach of its press-market. What’s the possible nexus between the two patterns?

Let’s suppose that ideological proximity to a newspaper affects the choice made by a consumer to read it. This assumption has received robust empirical support over the years. When given a choice, people tend to prefer congenial information, including political news. Such a taste could result from a preference for self-image, esteem or consistency (it may “feel good” or be more entertaining to receive news confirming that one’s beliefs are correct, and others’ wrong), a desire to avoid complexity and reduce cognitive dissonance, or simply to fulfill a need for closure. Regardless of the reason, people will tend to appreciate, find credible, trust, and enjoy stories consistent with their beliefs. By acknowledging this pattern, newspapers have a strong interest to cater to the preferences of their audiences by offering to the readers what they want to read, and slant the ideological content of the news.

A largely underestimated point in this regard, however, is that newspapers can also decide to target some specific audience. This is a crucial step, and enables to reconnect what just discussed in terms of ideology and newspapers to the general decline of newspaper circulation. In times of lower newspaper circulation, being able to count on a share of regular readers could in fact be a crucial asset, at least as a short-term strategy. Accordingly, given a shrinking pool of readers, rather than encouraging media to seek a broader audience across ideological boundaries, market competition can lead newspapers to follow the ideological preferences of their “loyal and regular” readers. It is precisely here that the tricky aspect enters the picture. Indeed, whenever the core readers of a newspaper are ideologically more “eccentric” than non-assiduous ones, a stronger ideological slant emerges.

Figure 1 reports data from the main Italian national newspapers, and shows that regular readers tend to be systematically more ideologically eccentric than non-regular ones. In the graph, the length of each bar shows the relative distance from the “ideological centre of the Italian electorate”: as the length of the bar increases, the distance of the readers of a given newspaper also increases. As can be seen, the ideological difference between regular and non-regular readers is generally far from trivial. 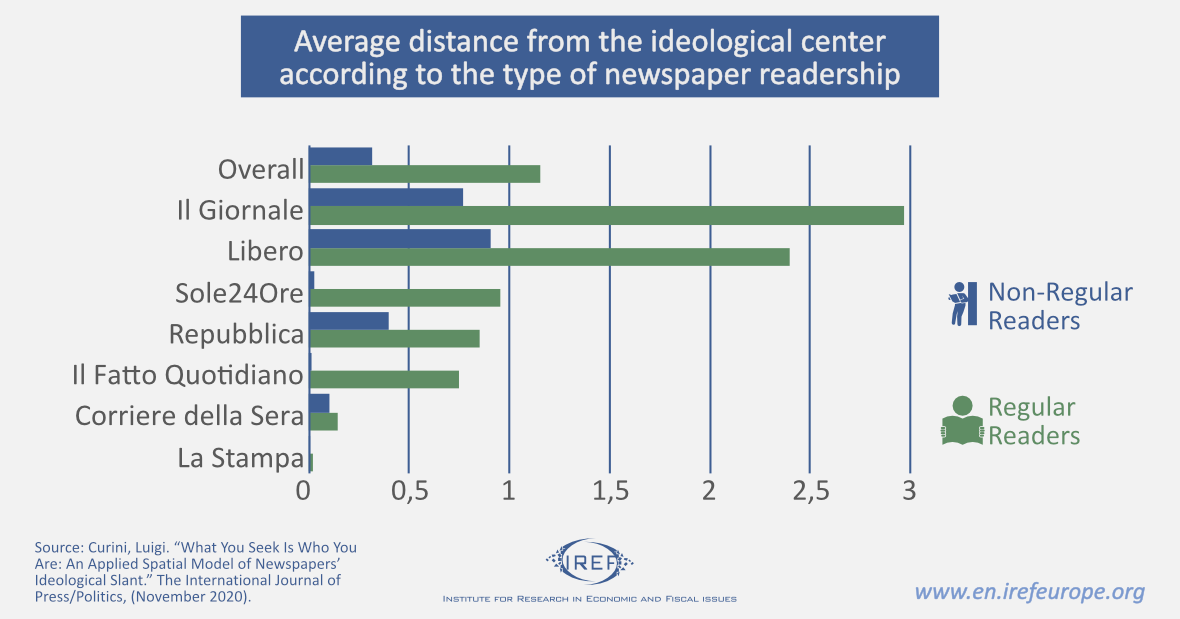 Figure 2 tries to compare the news media polarization scores in several European countries with the percentage of citizens who claim that they read newspapers every day, or almost every day. We take this statistic as a proxy for the market conditions for newspapers. The figure shows a negative 0.42 correlation between the two variables, as expected: a declining (increasing) market for newspapers tends to be associated with a higher (lower) media ideological slant. Most notably, the relationship between the two variables remains unaffected also after controlling for the level of ideological polarization in a given country (the partial correlation in this case is −.41). This is just an example, of course. But the results appear general enough, and consistent with the argument presented here (for a formal analysis in this respect, see here). 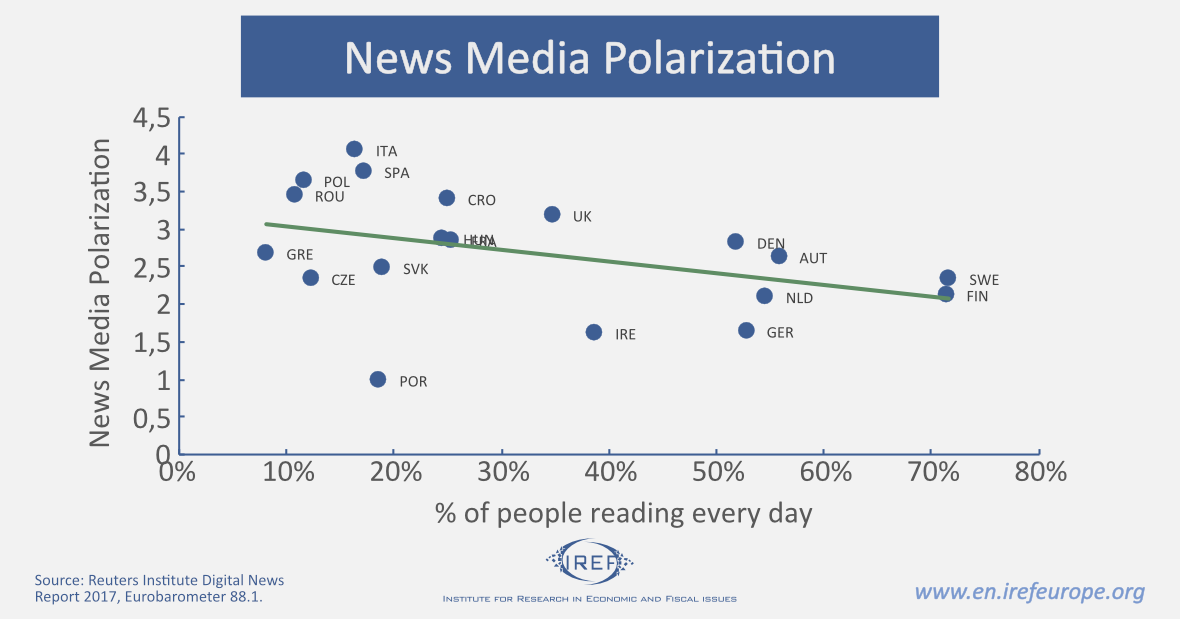 To repeat, lower newspaper circulation leads to pay more attention to the ideological position of the regular readers, and encourage ideological emphasis. The recent trend in newspaper circulation is not changing. Thus, the ideologically biased media coverage experienced in these last years is likely to stay, with consequences. For example, it would be interesting to analyze the possible impact of this bias on the ideological polarization among citizens, including those who do not read newspapers or only read them occasionally. The consequences for the quality of contemporary democracy may be significant. Even in a no-Trump world. 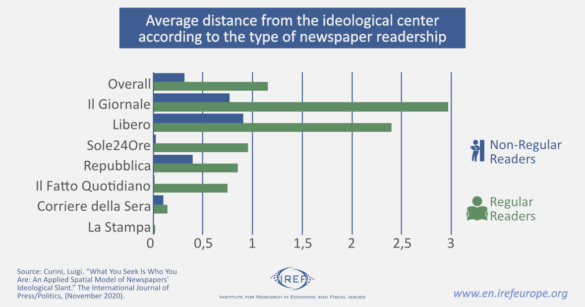 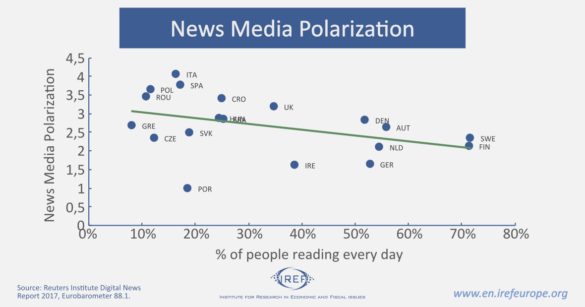