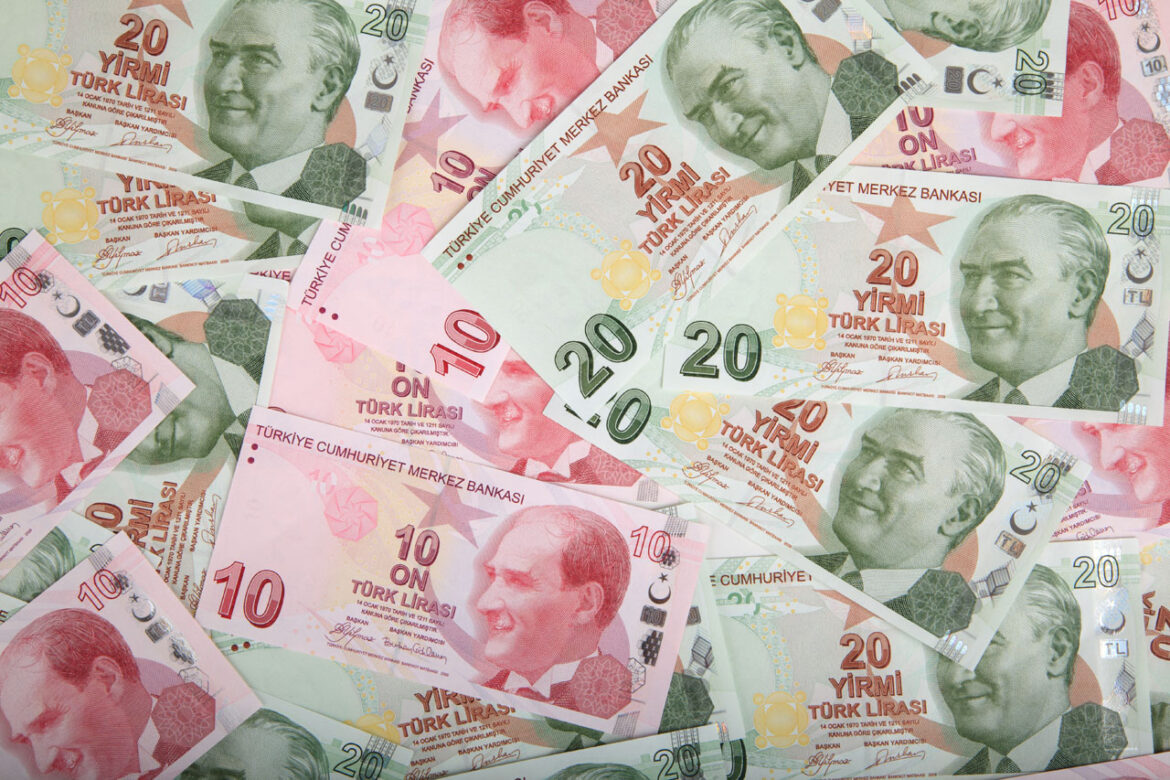 Why is Turkey’s Currency Falling?

During the past five years, we have observed the ebbs and flows of US and European capital markets investment appetite for the emerging markets (EM). Nothing deters EM investment more than currency fears, and many European fund managers must be pleased that they have avoided countries such as Argentina, whose currency has fallen 52% against the US Dollar this year, not to mention Venezuela whose currency is close to collapse with annualized inflation end August of 61,000 per cent. The human cost of a collapsing currency is hard to imagine, but, closer to home many Bulgarian citizens remember real hardships when its currency failed in 1997. The solution was the hard linkage, via a currency board, of the leva to the Deutschemark which in 1999 was subsumed into the euro. Bulgaria was neither too proud to seek support from European institutions, nor represented by such autocratic leadership who would require an independent currency to support an independent international policy agenda. In short, Bulgaria never saw itself as a geopolitical actor.

Fast forward to today and consider the contrast with one of Bulgaria’s border sharing neighbours, Turkey. Turkey is the European Union’s fifth largest export market. Over the course of the last 12, months the Turkish lira has fallen in value by 46% against the euro. Although President Erdogan blames recent troubles on the US’ decision to increase aluminium and steel tariffs, he appears unable to understand the role which his own decisions has played. Further, the President’s reputation for autocracy reached new heights after he was re-elected in June. He has excluded from power more elected politicians critical of him and appointed his son-in-law as Finance Minister. True, Turkey’s GDP growth has moved back into positive territory after setbacks following the July 2016 attempted coup. Yet, the recovery has been driven mainly by two massive debt funded projects – the new Istanbul Airport, which aims to be the largest in the world, and a new canal linking the Black Sea to the Sea of Marmara. Boasting of taking personal control of monetary policy he has called for patriotic Turks sell gold and ‘hard’ currency savings to support the lira; an appeal which has unsurprisingly had little effect at home and has only fuelled foreign investors’ doubts as to the lira’s future direction.

How Serious Is The Problem?

Monetary profligacy is only part of the problem. In common with other developing economies, Turkey has regulated many sectors, such as energy. Regulations can have snowball effects. The expansion of power plants since 2003 consumed USD 95 billion, of which USD 51 billion, or about 15% of Turkey’s total non-financial corporate foreign debt exposure, is outstanding. These power producers are caught in the classic trap of regulated industries that cannot increase their domestic lira prices fast enough to keep pace with the rising costs of their dollar debt service, owing to price caps and political resistance. This has resulted in many power companies earning less in terms of net revenues from customers than they owe in debt service, once their lira earnings are converted into dollars. This in turn has led to government subsidies to such power companies which would surely otherwise simply fail, which in turn has pressured the public purse and resulted in more money printing

Let us turn to the banking sector. Official figures indicate that Turkey’s banks are reasonably well capitalised, with non-performing loans (NPLs) of only 3-4% of total assets. Unofficial estimates put the true NPL level higher, at around 7-8 per cent. However, given that Turkey’s central bank has increased interest rates from around 5% in 2014 to almost 18% recently, most analysts expect a wave of new NPLs to require recognition by Turkey’s banks.

If NPLs are not yet a serious problem for banks, funding certainly is. Turkish banks have relied heavily on the syndicated loan market for financing, in euros, for relatively short 12-month periods. To date they have been happy to roll these loans over annually but the sharp fall in the lira has resulted in two funding problems: banks that have not hedged their currency exposures have suffered substantial currency losses, and secondly the instability of the lira has deterred foreign lenders from renewing loans.

Some readers might wonder why power companies and banks have not made greater use of foreign exchange risk management tools such as currency swaps. The answer probably boils down to a combination of two factors. Firstly, the market for very long-term currency hedging instruments to neutralise risk between ‘hard’ currencies such as dollars or euros, and a fringe currency such as the lira, has always been thin and therefore expensive. Secondly, many corporates and banks have long regarded currency risk as something they prefer to take a view about. We have all read of banks profiting from “carry trades”, an example being Japanese banks buying Australian-dollar-denominated high quality securities and funding them in low interest cost Japanese yen. It looks likely that for either or both of these reasons Turkey’s banks are now heavily exposed to its currency weakness.

Argentina is presently asking the IMF to come to its aid. Will Turkey follow suit? Most assessments of President Erdogan’s character suggest this is unlikely. President Erdogan appears to enjoy defying the US by continuing to trade with Iran. It seems unlikely that he would accept the personal humiliation of policy reversal, a character trait he perhaps shares with Venezuela’s leaders, the late Hugo Chavez and the present Nicolas Maduro, who remains defiant in the face of currency chaos as the population tries to abandon the country.

However, even if a formal plea for supranational assistance can be ruled out, will Europe’s political leaders decide to step in and help stabilise the lira, on the grounds that this is in Europe’s self-interest? There are at least three reasons why they might. Firstly, the EU hosts a sizeable Turkish diaspora, mainly in Belgium, Germany, Bulgaria and the UK. Secondly, as migration remains a sensitive social and political issue that has led to ugly scenes in Germany, the EU’s leaders will be hoping that Turkey maintains its ‘crucial and decisive role’ in managing the refugee crisis, while efforts continue to develop a policy for acceptance of migrants with which the EU28 will agree. The third consideration is the impact on the EU’s banking system of continued weakening of the lira and its impact on Turkey’s banks. European financial authorities have been careful to prevent Turkey’s banks from accessing the protection of Europe’s main Central Clearing Counterparties. Thus, Turkey’s financial system is rather closed from a clearing and settlement perspective, and there is no significant risk of a pan-European derivatives meltdown. Yet, Turkey’s banking system is not isolated. BBVA of Spain owns 49% of Garanti Bank (Turkey’s third largest), Unicredit (Italy) owns 41% of Yapi Ve Kredit – the fifth largest. In addition, Deutsche Bank, HSBC and ING (Netherlands) own their own Turkish subsidiary banks.

Germany has publicly stated that it wants to help Turkey. “A stable, prosperous and democratic Turkey is in Germany’s interests” said Deputy Government Spokesman Ulrike Demmer at the end of August. The options she laid out included:

Nonetheless, without support from a major geopolitical bloc the outlook for the lira and Turkey’s banks looks grim. Will Germany be able to persuade the EU that informal support to the lira should be provided by the ECB? This would clearly be outside the ECB’s remit but they have already expressed worries about the risks to banks in France, Spain and Italy to Turkish borrowers. It is feasible that this could be construed as the sort of emergency which justifies intervention. Given the power of the ECB and its success to date in maintaining zero to negative interest rates throughout the EURO19, it would not take much in the way of visible support to scare off the lira short sellers and stabilise the currency in the short term.

However, it is to be hoped that any support is accompanied by conditions or at least assurances by Turkey to adopt more market friendly policies, both in terms of public expenditure on the President’s personal vanity projects and institutional governance. We can but hope. The risk Turkey runs by accepting EU support is that the euro, which looks surprisingly strong given the arguably greater economic risk to Europe than the UK from a messy Brexit outcome, might itself come under pressure in a year or two encouraging the ECB to ditch support for operations deemed non-core. That might lead to Turkey being left to support its currency with the help only of its middle eastern friends and Russia.