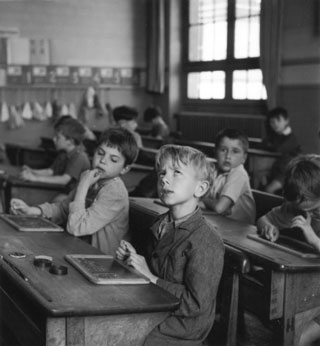 Freedom of Education and Students’ Assessments

The more freedom, the better the assessments ! That are the global conclusions of Sylvain Charat, Ph.D when comparing the European data base on school systems Eurydice and the OECD Pisa assessment data base.

The freedom of education is measured on 4 main points for each school: the financial autonomy, the HR autonomy, the curriculum autonomy and the parental choice.

1- On the 5 European school systems ranked in the Pisa elite, 100% are freedom oriented.

2- On the 20 European school systems that are above or in the OECD average, 60% are freedom oriented, i-e 12 of them.

3- On the 19 freedom oriented European school systems, 63% are above and in the OECD average (12 schools systems) and 37% are below (7 school systems).

Read the complete study in French :

Public Spending Has No Impact On Economic Growth

Over 30 to 35% og GDP, except in Scandinavian countries, taxpayers refuse to cover public spending over a 70% threshold. Governemts that have high public spending are entrapped in deficit and debt. Stimulus policies failed. True economic stimulus can be found by less regulation and less public intervention.

GDP : if it would have continued on the same pre-crisis trend it would be now 10% higher.

Employment : if pre-crisis economic conditions would have been applied, it would 6% higher today.

Productivity : it was maintained during the crisis and increased afterwards.

Public spending and revenues : they had the same growth before the crisis. Since 2008, spending increased while revenues fell and did not get back to their 2007 level.

Deficit : since 2008, there is a non-stop deficit growth.

Debt-growth ratio : the pre-crisis ratio used to decrease. Since 2008, economic growth is too weak to compensate the growing deficit.

Trade deficit : France has shrinked in 2007.

After 2008, the main fact is economic stimulation through public spending. During the crisis, countries with the highest public spending had no GDP growth. Post-crisis, 1 euro spent gave 1.1 euro in GDP: no stimulus effect.

Scandinavian countries succeeded in having a high public spending while keeping a balanced budget. Other countries could not do this: spending over 35% of GDP is covered at only 75% by revenues. In 2010 this coverage diminished to reach only 65%.

In France, tax increases aiming at reducing the deficit will not work since public services are not organized and unchallenged as in Scandinavian countries.

Countries with high public spending invest less than others. It is a bad context for the coming years.

Crisis and the place of Government

Public spending is less efficient than private spending since the latter need a return on investment to work.

Countries with important Government intervention have the worse results: assistantship and public debt increased more than any other data.

The IREF with “Contribuables Associés”, the largest French taxpayers association, published a study showing how fiscal pressure destroys employment. The main figures of the study reveal the Government lethal action on companies and jobs:

French companies have two solutions to fight against recession:

– Reducing the use of capital in production costs:
Using less capital will be used first – only 85% of capital is actually used – while diminishing working time. These two measures lead to a productivity decrease. If jobs will be saved immediately, competitiveness is hampered and this solution is not viable on the long term. This leads inevitably to the second solution.

– Reducing payroll:
Companies with a poor productivity level need to keep acceptable margins. To do so, they will have to reduce payroll in order to gain productivity and reach reasonable production costs.

The first solution has already been widely used by French companies with no satisfying results. It means that only the second solution is left to save companies. As a consequence, unemployment will dramatically rise in 2013. The UNEDIC forecasts 181.600 job destructions while the OFCE forecasts 166.000 destructions.

The French Government has scheduled to levy 12.2 billion euros more on companies. The OFCE thinks the measure will decrease the growth by 0.5%. This increase will have an impact on goods’ prices and purchasing power will be hurt.

Production costs are more expensive because of tax increases. Therefore investing becomes less interesting since the return of investment will decrease.

Consequences on jobs are inevitable: Big Companies and their subcontractors are employing 5.1 million people. The 1.72% tax increase should destroy 15.000 jobs.

For big companies and subcontractors, when taxes increase, investments and activity decrease. Yet, all French companies are touched because of a domino effect.

The National Bureau of Economic Research (NBER) has found a 0.57% ratio between growth and employment. Therefore, the 0.5% French growth decrease would be the cause of a 0.28% employment loss. Since this 0.5% GDP loss is directly made by the French Government’s economic decisions, it can be said that the Government is liable for 70.000 job destructions.

On these 70.000 job destructions, 15.000 will be lost by companies targeted through the 2013 Finance Law. It means that 80% of job destructions are indirect consequences of the Government measures.

The major change in the new EU directive is the obligation to take your car to inspection every year if it is older than 6 years. While the objective is laudable – reducing the number of fatal accidents by taking faulty vehicles off the roads – establishing the direct correlation between new technical standards and improved statistics is far from easy. There are arguably great differences in average technical advancement of automobiles in Sweden or Bulgaria, reflecting the budget of consumers to be spent on mobility.

Meanwhile, the number of road casualties in the EU has decreased significantly; and in Slovakia the number of accidents targeted by the new regulations was also reduced (there have been no reported fatal injuries over the past 6 years!).

Other factors must be included. As underlined by the paper: “Accident severity increases naturally with age” regardless of the technical state of the car. The average age of a vehicle in Slovakia is 11 years, and the new regulations will affect 1.2 million vehicles (out of a total of 1.8 million). This amounts to an additional 600,000 inspections every year with a cost of 24 million euros, and a loss in time for drivers representing some 7 million euros, in total 31 million – “a decent transfer of wealth from the vehicle owners to the managers of technical inspection bodies”.

What about effectiveness? According to the directive, the costs incurred should yield a 60 per cent decrease in mortality due to technical failures, which in turn account for 6 per cent of fatal road accidents in the EU. In the case of Slovakia, the new regulation would save 12 lives. (Compare this to the fact that animals caused 723 accidents in 2010 alone.)

Yet there are many other ways of improving road safety (safer intersections, speed limits in urban areas etc). A reasonable and market-based alternative would be to link voluntary inspections to the level of car insurance premiums (again assuming a strong correlation between the two).

Further, “harmonisation of rules which directly or indirectly creates additional cost of a car fleet, will de facto impoverish the population of the less developed countries as it increases the cost of mobility.”

By M. Vlachynsky and R. Durana