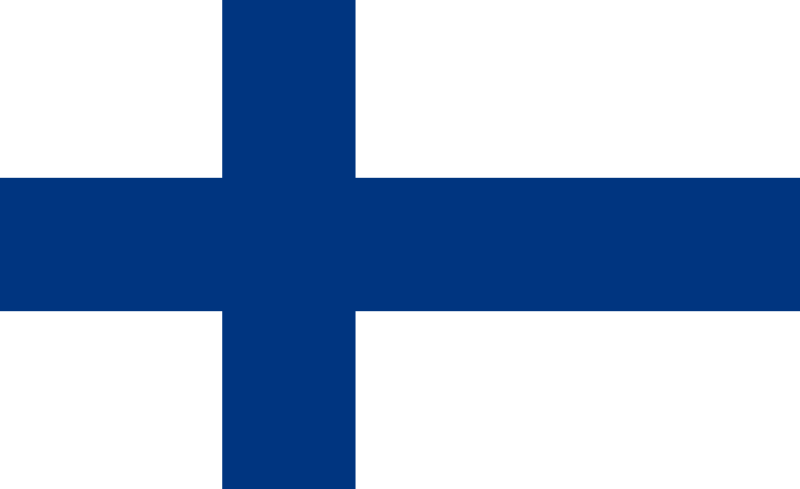 In the spring of 2013, the Finnish government held its half-way assessment, in which it reviewed and revised the government policy program for the remaining two years of its mandate, until the next general election in 2015. The main focus was again on the taxation of dividends. However, the proposal put forth by the government was met with so much criticism that even the leader of the Leftist party, one of the governing parties, turned against it. The government quickly published a revised proposal, but at the time of this writing, it is still unclear what the final rules will look like. It seems clear, however, that excise taxes such as taxes on alcohol, sweets and tobacco will be raised. The government is still trying to shrink the deficit and improve employment, but it is doubtful if it will be successful.

Speculations about the next major tax reform had been going on since 2010. It was expected to be included in the government’s policy program from the beginning, but was put off until the half-way assessment. There has been a downward pressure on corporate tax rates for several years, not only in Finland, but also in other Nordic countries. Sweden has already reduced its corporate tax rate to 22 percent, with Denmark announcing to follow suit. The Finnish government didn’t want the Finnish tax rate to be too high in comparison, which meant that another reduction was expected. For political reasons, however, any significant reduction in the corporate tax rate must be compensated by a stricter taxation of dividends, both from unlisted and listed companies. This “compensation” comes at the expense of individual investors and entrepreneurs, because the taxation of dividends between companies remains unchanged.

According to the initial proposal, the tax-exempt dividend currently available for owners of unlisted companies would be abolished, meaning that dividends become at least partially taxable from the very first distributed euro. In the current system of taxation of dividends from unlisted companies, an amount equal to 9 percent of a non-listed company’s net wealth was tax exempt for an individual up to € 60,000. Instead, it was proposed that an amount equal to 8 percent of the net wealth would be 25 percent taxable and 75 percent tax-exempt capital gain income. With a capital gains tax rate of 30 or 32 percent, the effective tax rate of this relieved part of the dividend is 7.5 to 8 percent. In combination with the proposed reduction in the corporate tax rate from 24.5 percent to 20.0 percent, this reform would actually have benefited very wealthy private companies whose dividend distributions often exceeded the € 60,000 per shareholder tax-free limit, but remained within 9 percent of the companies’ net wealth. It was primarily for this reason that the proposal was ultimately abandoned and revised.

It is also proposed that dividends from listed companies, which currently are 70 percent taxable capital gain income, would become 100 percent taxable income, an effective tax increase of 50 percent. The taxable part was later reduced to 85 percent instead of 100.

So in order to calculate his tax burden, the owner (usually an entrepreneur) must take into account all the various limits, taxable and tax exempt portions of the dividends, which tax rate is applicable and to what extent. It is not an easy thing to do, and the system itself defies all reason and logic.

As noted earlier, the main focus of the government’s tax policy was taxation of dividends, primarily from unlisted companies. It remains to be seen if the proposal will be tweaked further. At the moment, there is a very strong political will to further increase the tax on dividends from unlisted companies, even within the government. Failure to achieve that may result in stronger demands for a smaller reduction in the corporate income tax rate.
From 1 January 2013, the much debated “solidarity tax” came into force, which in effect is a new tax bracket for personal income (primarily employee compensations such as salaries, bonuses, benefits etc.) that exceeds 100,000 per annum, with a marginal tax rate of 31.75 percent. That is in addition to the municipal tax, the average rate of which is about 20 percent. A similar add-on tax is implemented in the realm of inheritance and gift taxation. A new tax bracket is introduced for inheritances and gifts exceeding 1 MEUR. In tax class 1, the tax is 19 percent, in tax class 2, it is 35 percent.

The VAT rates were again increased by one percentage point to across the board, to 10%, 14% and 24% respectively. This increase was expected, as it was discussed a year ago when the VAT rates were increased. The VAT remains by far the most important single source of revenue for the government, making up about 40 percent of the total tax revenues.

As part of the tax overhaul, the Finnish government decided to implement thin capitalization rules, i.e. restricting the tax deduction on intra group interest payments, primarily interest payments to group companies outside of Finland. The purpose of these rules is to broaden the Finnish tax base and limit international tax planning, which by many is viewed as tax evasion. The limitation comes into force when the net interest expense exceeds 500,000 EUR. The exceeding part is deductible to an amount equal to 30 percent of the company’s EBITDA. The undeducted expenses may be deducted in the following years, provided they fall within the limits. The new rules are to be implemented for the first time in fiscal year 2014.

The Finnish transfer tax (stamp duty),which is levied on the acquisition of shares, was increased from 1.6 percent to 2.0 percent on shares in real estate companies starting from 1 March 2013. In addition, the basis for the transfer tax is broadened. Previously, the debts of the company were deducted from the price of the shares. Under the new rules, the debts are including, thus increasing the amount on which the transfer tax is calculated.

Finland is still reeling from the financial crisis and the wider Euro crisis. The deficits are still large, and there is strong political opposition to any significant cuts in public expenditures. The public debt was about 86 billion EUR in 2012, which is about 46 percent of GDP, and continues to grow. The government claims to be taking action to address the deficit, which is till in the 7 billion EUR range according to the government’s own budget estimate for 2013. The public is projected to grow to 95 billion EUR at the end of the budget year.

Unemployment is at 7.7 percent, but Finland has seen heavy job losses the past year with many major companies laying off thousands of people in Finland. Increasing the employment remains one of the single largest challenges, and has been a key issue in the political debate since the last elections. One of the main arguments for reducing the corporate tax rate was to boost employment, the thinking being that a low tax rate would attract companies to Finland, which in turn would hire lots of people.

However, investments, be they foreign or domestic, depend on many other things than the corporate tax rate. This especially true of employment, because employing people is both expensive and risky. With personal income tax rates ranging from 30 – 50 percent, the payroll costs quickly become significant, because the higher the tax rate, the more you must pay to satisfy your employees, as they for obvious reasons only care about how much money they actually receive on their bank account. Add to that social expenses like the mandatory pension insurance, and paying someone a net salary 3,000 EUR a may cost the employer almost the double.

Workers still enjoy very strong legal protections; the labor laws are very strict on the employers. Once someone is hired, he can’t be fired very easily. Paradoxically, it is much easier to fire tens or hundreds of people than to fire single employees. Strikes are still a fairly common, though often quite limited, but the ease with which workers at various plants or companies can decide to walk off the job for a day or two is hardly reassuring for prospective employers.

Compared to many European countries, Finland is in a fairly decent economic position, but that is mostly due to the fact that other countries are so much worse off. There are few reasons to think that things are going to get better anytime soon, mostly because the unwillingness of politicians and the general public to make significant cuts anywhere. There is a belief that economic growth will take care of everything. When that growth is going to come and what is going to be driving it, however, is left unsaid.