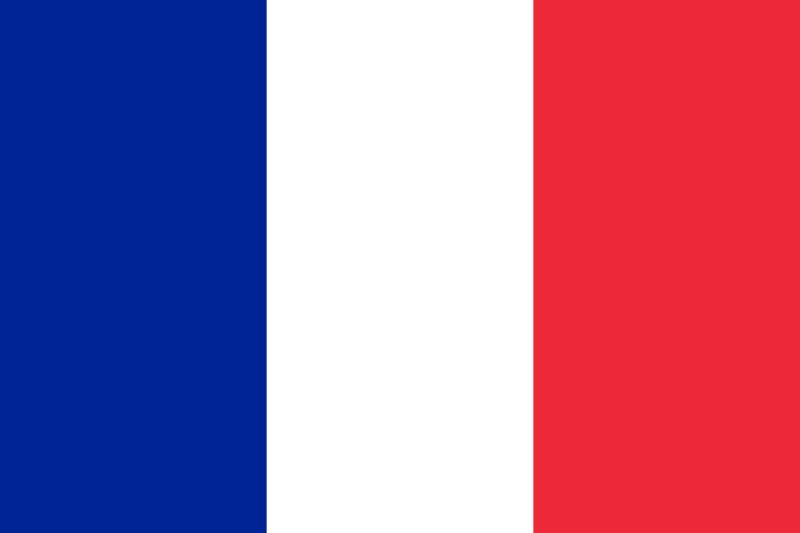 France fiscal and budget policy: The only thing really new in 2012 was the President

2012 has been an election year: President Sarkozy left office last May and President Hollande took over. As explained in our previous report, from a fiscal and budgetary standpoint, the programs of the two candidates were rather similar: to bring deficit down essentially through tax increases. As further detailed below, the new President added a layer of new taxes and did not significantly reduce public spending nor introduced structural reforms. Public expenditures have actually increased by 2.9%. The results were as expected: a deficit above the target, zero growth and a gloomy prospect for 2013.

The regular rate remains at 33.33% of the benefits realized. A reduced rate at 15% is also maintained for companies with a turnover below € 7.63 million. Those companies will pay a rate of 15% on the first € 38,120 of benefices the rest being taxed at the regular rate.

Also, the “exceptional and temporary” contribution of 5% for firms with turnover above € 250 million—a contribution introduced by the previous government—is still alive. Although this measure was intended to last until the end of 2013, one of the conditions for terminating the levy is that the public deficit be reduced below the 3% threshold. As of today, the temporary measure is expected to last at least until 2015.

On November 6th 2012, the government presented a new reform to be implemented in 2013: a refundable tax credit designed to improve the competitiveness of French companies. The credit is fixed at 4% of the payroll of the company limited to those employees receiving less than 2.5 times the minimum salary. Reactions to the decision have been often critical pointing out to the complexity of the system while a mere reduction of social contributions paid by companies will be much easier to implement. Between 15 and 20 billion euro could hence be left to companies (and lead to expenditure cuts or new taxes). The global effect on the economy is the object of many debates the most optimistic betting on the creation of some 150,000 new jobs and 0.1% of extra growth while the most pessimistic claim that firms will not use the tax credit (too complex to implement) or use the money to increase the highest salaries while blocking lower salaries between 2.5 times the minimum salary so that they can benefit from the tax credit.

Large corporations are often said to pay proportionally less taxes due to systematic and sophisticated tax optimisation. In 2012 the debate on that issue went on. The most recent study (PcW) shows, however, that in 2012 the 40 largest capitalisation (CAC 40) contributed (in France and abroad) a total of € 35 billion in taxes. That represents an average effective tax rate of approximately 36%.

One of the promises of President Hollande before the elections was the repeal of the so-called “social VAT” adopted by the previous parliament (cf. Yearbook 2012). Once elected, the President hurried up to fulfil his promise. One year later, however, with economic growth much below expectations, the government was desperately looking for extra revenues. The situation will be particularly urgent once the tax credit for corporation will be running at full power (see above, corporate income tax). It appeared then that there were not so many alternatives to a VAT increase. It was (politically) important, nonetheless, that the new increase of the regular rate be lower than the one voted by the previous parliament. Hence, the regular level is to be brought in 2014 from 19.6 to 20% (instead of 21.2 under President Sarkozy) and the intermediary rate from 7 to 10%, but the lower 5.5% rate should be further lowered to 5%.

From 2012 on there are also several economic sectors such as transports or restoration that enter the category of goods and services taxed at 7% instead of 5.5%. Those sectors will hence be concerned with the increase announced for 2014 from 7 to 10%.

In 2012, the tax brackets remained unchanged for the second consecutive years, which is equivalent actually to a tax increase proportional to the inflation rate. It also means that households with low salaries that are indexed on inflation might enter the lower bracket and start paying the PIT. Rumours circulate that the brackets will be frozen again in 2014 with, however, a mechanisms that will protect lower incomes.

Also, as announced during President Hollande’s electoral campaign, a new bracket has been introduced in the 2013 fiscal law; namely, a 45% brackets for household incomes over €150,000 per share of family quotient in the household. Knowing that an adult counts for one share and each of the two first children for half a share of family quotient, a couple with two kids will be taxed at 45% if the household’s incomes exceed €450,000. A single person will be in the 45% brackets after earning €150,000. Those incomes were previously taxed at 41%.

The very emblematic 75% tax rate on personal incomes above € 1 million was however rejected by the Constitutional Council in December 2012 on the basis that, in the French system, personal income tax is based not on individual income but on the cumulated outcome of the household. Therefore, for a couple, the 75% rate could be applied only to income above €2 million euro… Being very attached to the symbolic of taxing at 75% income above € 1 million, François Hollande announced early 2013 that this tax will be paid by the firms that allow incomes (salaries, bonuses, stock-options included) above € 1 million per year. The project could be adopted for income realized in 2013, but one can already easily imagine its perverse effects such as firms that will delocalize high management or firms that will opt for lower salaries and higher dividends. When applied, the new tax should concern approximately 1,000 employees and yield an extra € 500 million to the State.

The fiscal advantages granted to family with kids were also reduced. While maintaining the mechanism of the family quotient (that divides taxable incomes by the “shares” cumulated by the household with one share for each parent, half a share for the second and third kids and one full share for the third kid and beyond), the 2012 fiscal law reduced the tax credit obtained via this mechanism from € 2,336 per half share to € 2,000. It is very likely that this figure will be further reduced to €1,500 in 2014.

A law of 16 August 2012 has also removed most of the tax exemptions granted to employees (and employers) for overtime work. This ends one of the mechanisms put in place by the previous government to give substance to President Sarkozy’s policy: “work more and you will earn more”.

The socialist government has very ambitious projects about capital gains. Several reforms were announced (and some of them already adopted) guided by the slogan: “capital should be taxed at least as much as labour”.

In 2013, gains realized from the sale of assets will be added to personal income and taxed at the corresponding rate. Keeping in mind that social tax and “overtax” will still have to be added, a household in the 45% bracket will hence have its capital gains taxed around 62%. When the reform was announced in the fall of 2012, a group of “business angels” and start-ups’ managers quickly gathered through social networks and started to complain about what they named a “spoliation”: why should we take risks and work hard, they say, if the State is then grabbing close to the 2/3 of the gains. The government, surprised by such rapid and violent reaction from those who call themselves “les pigeons” (the suckers) and desirous to give some substance to his desire to favour job creation and innovation, decided to stick to the idea of “taxing capital and labour at the same rate” but introduced important tax allowances. For example, for the sale of a young company (less than 10 years old) of small or medium size, the capital gain tax allowance will be set at 50% if the shares have been held between one and four years, 60% between 4 and 8 years and 85% after 8 years. Those tax allowances will bring the effective rate between 26 and 35% depending on the type of capital gains.

Another pre-electoral promise of Hollande was the construction of 500,000 new homes per year, while the statistics are revealing less that 300,000 new constructions per year. In view of this effort to increase the supply of housing, it is surprising to observe that gains from the sale of a real estate that is not the main residence are heavily taxed. Indeed, until 2012, tax exemptions were granted in such a way that gains realized after 15 years of ownership were not taxed. The previous (François Fillon) government, however, had modified the mechanism so that, since February 2012, 30 years of ownership are necessary to get a full exemption. President Hollande announced that this duration should be brought down to 22 years starting September 2013.

Besides the regular real estate taxes (« taxe foncière »), France sticks to a wealth tax introduced in 1982 under the first socialist government of the 5th Republic. Before leaving office, President Sarkozy had modified rates and brackets reducing the latter to two brackets: 0,25% for wealth between 1.3 and 3 million euro and 0.5 beyond that threshold; the wealth being taxed from the first euro. When President Hollande took office he immediately decided to increase the wealth tax to erase that “gift” just made to the rich. Consequently, in August 2012 an exceptional contribution based on wealth was introduced on top of the prevailing system. As a result the revenues from the wealth tax have been higher in 2012 than in 2011 reaching € 5.175 billion against €4.3 billion the previous year.

In 2013, new brackets will be introduced that will make the tax more progressive. If the wealth is above €1.3 m, the taxpayers will be facing the following progressive scheme:

Clearly, the French tax system remains very complex. “Niches”, that is, exceptions to the general rule, are myriad and the general rule itself is of an unbelievable complexity. It is also without mercy for the successful. It is therefore not surprising that some French citizens and firms are looking towards “fiscal havens”; like the famous actor Gérard Depardieu who wrote in a letter to the Prime Minister: “I leave after having paid in 2012 85% of taxes on my income”. An explanation (or excuse) for increasing the tax burden can be found in a closer analysis of the budgetary policy of the French government.

In terms of budgetary policy, the promise made (only!) one year ago to bring public deficit down at 3% of GDP was quickly abandoned, as we had foreseen in our previous report. The budget deficit remains indeed high, – 4.8% in 2012, and the projections for 2013 are close to 4%. This logically translates into higher public debt – 90.2% of GDP in 2012, which represents a 4.4 percentage points increase relatively to 2011. In the spring of 2013 France has got the benediction from Brussels to delay its return to a balanced budget in exchange for a new commitment – to reach the 3% target in 2015!

Interestingly, during the first quarter of 2013, State’s expenses have continued to increase (+3.5% from their first quarter level in 2012) and, despite the increased fiscal burden, fiscal revenues increased by only 2.2%.

More problematic than the deficit run by the State is the deficit of the social security system. In 2012 the State spent € 369 billion to finance all of its “missions” (police, justice, national defence, school, university and research, economic programs, etc.); meanwhile, the budget of the social security (health, pensions, unemployment, work accident) for that same year reached € 536 billion. Curiously, however, there was a total lack of interest for that situation even though each year brings new deficits (€ 13 billion in 2012 and probably more in 2013). While the State budget is discussed and covered by media; the social security budget is voted almost with detachment. The time will soon come where this will have to change.