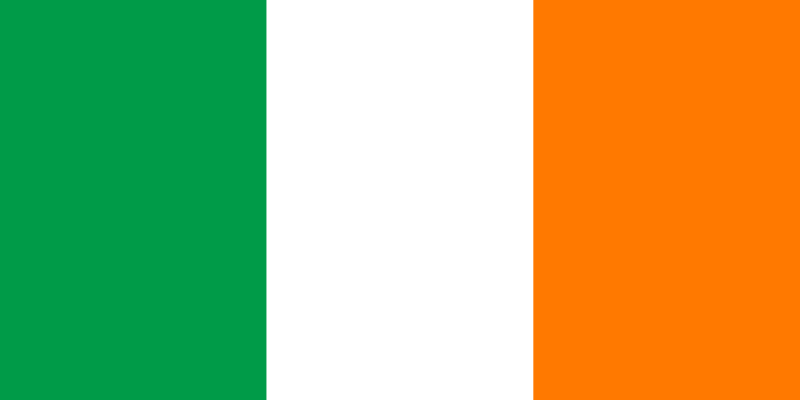 2012 saw the stabilisaon of the economic situaon in the Republic of Ireland. Irish GDP retuned to growth with real GDP rising by 0.9 percent and real GNP rising by an unexpected 3.9 percent. The Budget for 2013 comes in the aftermath of three years participation in a bailout and stability adjustment programme implemented by the Troika (European Central Bank, European Commission and the International Monetary Fund). Contingent in this programme saw dramatic tax increases and spending cuts amounting to over €15bn or 9 percent of GDP. The adjustment measures were front loaded however, resulting in the majority of the measures being implemented during the ?rst two years of the programme, between 2011 and 2012. Thus, the Irish Budget for 2013 saw markedly fewer changes in comparison to the previous two years. VAT, income and corporate tax remain broadly untouched. Excise duties saw the bulk of tax increases, especially on alcohol, cigarettes, and petrol. The real story of the 2013 budget was the re- introduction of a property tax into the Republic, which has not been seen since 1977.

The Irish government has reached and surpassed all of the targets imposed on it as part of the Troika stability adjustment programme it entered into in 2010 following the collapse of its banking sector. The cost of borrowing has fallen to nearly pre-crisis levels as the Irish government prepares itself to return to bond markets as planned in 2015. In many ways, Ireland has been the success story for the Troika programmes, and the record looks like it will hold. The underlying de?cit is estimated at 7.7% (target was 8.6%) and the actual general government de?cit at 8.2%. The difference between the actual and underlying de?cit re?ects ?nancial sector measures, otherwise known as one-off bailout transfers to failing ?nancial institutions, estimated at €6.8 billion in 2011, €0.1 billion in each of 2012- 2014 and €50 million in 2015.

Furthermore, since the publishing of the 2013 budget in December 2012, the good news with regards Ireland’s economic progress was further reinforced by newly released ?gures in April 2013 revealing a higher than estimated nominal GDP for 2012, better than anticipated Exchequer outturn for 2012 and, of course, the liquidation of the Irish Bank Resolution Corporation (a “bad bank” formed in 2011 that contained two previously nationalised banks called Anglo Irish Bank and Irish Nationwide Building Society) which saw a restructuring of Irish debt and a lowering of the projected General Government de?cit by approximately 0.6% of GDP for the years 2014 & 2015

Personal income Tax There are no changes to income tax rates or standard cut-off points in 2013. Maternity bene?t will now fall under taxable income and “Top Slicing Relief” will be reduced by the middle of the year. Top Slicing Relief is where recipients of severance packages pay the same percentage of tax on their one-off pay packet as they did for the previous three years even though the severance package may push their income for that year into a higher bracket.

Budget 2013 saw the standard rate of VAT remain unchanged at 23% since 1st January 2012. VAT accounting thresholds were increased facilitating cash-?ow and the VAT ?at-rate for unregistered farmers was also lowered.

The annual turnover threshold for eligibility for the cash receipt basis of accounting for VAT for small and medium enterprises will be increased from €1 million to €1.25 million with effect from 1 May 2013. This change will assist such businesses in the critical area of cash-flow & reduce administration

The Irish corporate tax rate on trading income has not been changed and remains at 12.5%. This rate has been repeatedly cited as a primary factor in Ireland’s economic renaissance. Despite intense international pressure for it to be ‘harmonised’ towards the far higher German or French levels, it has remained at its comparatively low level providing an outpost for tax competition throughout the European Union.

There are three rates of corporation tax in the Republic of Ireland:
– 12.5% for trading income
– 25% for non-trading income
– A special rate of 10% for companies involved in manufacturing, the International Financial Services Centre (IFSC) or the Shannon Free Zone ended on 31 December 2003.

There have been no changes to any of these rates since 2003. Tax-relief has been extended to start-up companies, a tax credit has been provided for incremental expenditure on certain types of research and development, and the amount of income that can be retained by a close (privately held) company without incurring a surcharge has increased.

This scheme provides relief from corporation tax on trading income (and certain capital gains) for new start-up companies in the first 3 years of trading. This relief is being extended to allow any unused relief arising in the first 3 years of trading due to insufficiency of profits to be carried forward for use in subsequent years.
This is subject to the maximum amount of relief in any one year not exceeding the eligible amount of Employers’ PRSI in that year.

The de minimis amount of undistributed investment and rental income which may be retained by a close company without giving rise to a surcharge on such income is being increased from €635 to €2,000. A similar increase is being made in respect of the surcharge on undistributed trading or professional income of certain service companies. This measure will assist cash-flow of companies by increasing the amount of income which a company can retain for use as working capital without giving rise to the surcharge.

The rates of Capital Acquisitions Tax and Capital Gains Tax (CGT) have been increased to 33% from 30% from 5 December 2012. The ?rst €1,270 of taxable gains in a tax year are exempt from CGT. If you are married or in a civil partnership this exemption is available to each spouse or civil partner but is not transferable. Farmers bene?t from CGT relief if the proceeds of the sale of farmland are reinvested in farming.

The current rate of 30% is being increased to 33%. This increase applies in respect of disposals made after 5 December 2012.

Review of carried interest provisions in the tax code with the aim of appropriate reform to make arrangements work as intended.
The purpose of any reform would be to help companies involved in innovation activities to access investment from venture capital funds.

To enable farm restructuring, relief will be available where the proceeds of a sale of farm land are reinvested for the same purpose.
The sale and purchase of the farm land must occur within 24 months of each other and the initial sale or purchase transaction must occur within the period commencing 1 January 2013 and ending on 31 December 2015. The relief will also apply to farm land swaps subject to certification by Teagasc for all transactions seeking relief.
The commencement of the relief is subject to receipt of EU State Aid approval.

Rates of VRT are being increased with effect from 1 January 2013.

Motor Tax rates across all categories will increase with effect from 1 January 2013.

A relief from excise duty on auto-diesel for licensed road hauliers will be introduced from 1 July 2013. Under State

Property tax and tax on savings

The worst change in 2012 was the introduction of a property tax in the 2013 Irish budget. The current Irish Taoiseach (Prime Minister) Enda Kenny famously declared in 1994 that “It is morally wrong, unjust and unfair to tax a person’s home.” Nonetheless, in December 2012 he came to the conclusion that the residential Irish housing market was ripe to be used as a new source of government revenue.

Government coffers over?owed with revenue from stamp duty acquired from housing sales during the boom. Since 2008, a collapse in trade volume and an unprecedented average fall in house prices by approximately 60 percent in Dublin has occurred drying up this once rich well of government revenue. It is clear that to compensate for this loss the Irish government has come to the con-clusion that the value remaining in Irish housing must be tapped in a different manner, this time with a ?xed tax on the value of properties. The initial national central rate of the tax will be 0.18% of a property’s value up to €1 million, and in the case of properties valued over €1 million, 0.25% on the balance and hopes to raise initially only €250m.

Although the property tax has the economic effect of further depressing the already battered residential housing market and driving greater numbers of struggling mortgage holders deeper into negative equity, the Irish government appear undaunted. The unintended consequence of a property tax is that the resultant downward pressure placed on housing prices further impairs the balance sheets of Irish banks holding Irish mortgages. In turn, the taxpayer funded bailouts of these institutions must be enlarged, ironically requiring further tax increases.

There is no wealth tax in Ireland. However, interest earned on bank deposits and withdrawals from life insurance policies shall be taxed at a higher rate.

The rate of retention tax that applies to deposit interest, together with the rates of exit tax that apply to life assurance policies and investment funds, are being increased by 3 percentage points and will now be 33% for payments made annually or more frequently and 36% for payments made less frequently than annually. The increased rates will apply to payments, including deemed payments, made on or after 1 January 2013.

Despite the impressive performance of the Irish economy in 2012, and the broadly positive projections of how the economy will perform in 2013, achieving the Department of Finance’s forecast of 1.5 percent real GDP growth in 2013 will be challenging. Given the weak growth in both the United Kingdom, which accounts for approximately 17 percent of Irish exports, and the European Union in general, which accounts for another 42 percent of Irish exports, it seems unlikely that export growth shall be capable of maintaining its recent momentum. If Ireland’s international trading partners do slip back into recession (as it appears France has already done) it is conceivable that the 2014 budget shall require renewed tax increases and expenditure cuts to ensure the Irish government reaches its Stability Programme targets by 2015.