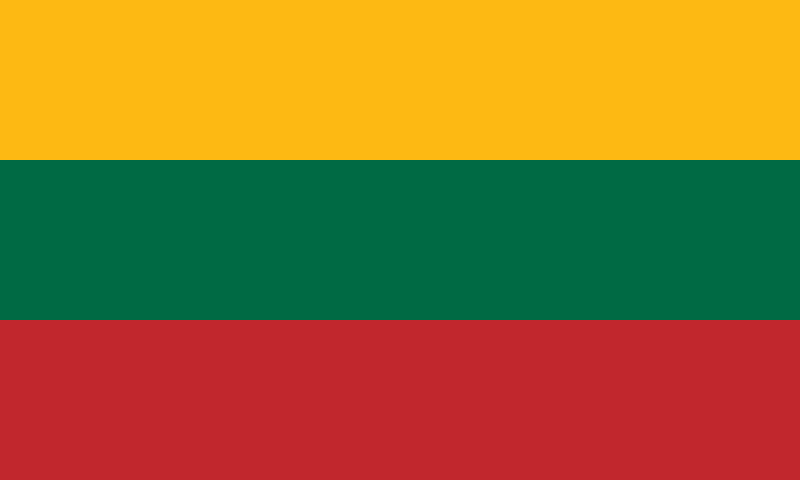 Lithuania is often viewed as a success story of austerity measures. Although the country did reduce public spending, it also suffered from high budget deficits which translated into a sharp public debt growth. 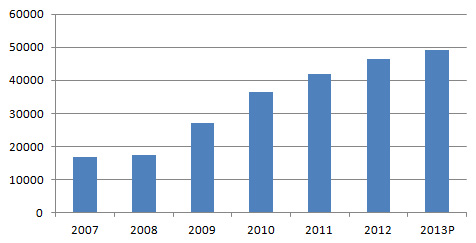 Lithuanian State Social Insurance Fund has been severely strained due to pensions increases, approved before the economic crisis of 2008. In 2009, the parliament cut pensions and other benefits. However, these cuts were temporary as they lasted only 2 years and were brought back to their previous level beginning 2012. This is in line with the ruling of the Constitution Court, which indicated that any social insurance benefits’ reductions have to be temporary and compensated.

Total outstanding debt of the State Social Insurance Fund currently stands at LTL 10.1 bn (€2.9 bn) or 9% of GDP, while the interest payments in 2013 will amount to 6.6% of fund’s income. The prospects of the public pension scheme appear bleak, no comprehensive reforms are being discussed and it is unclear how the debt will be repaid. 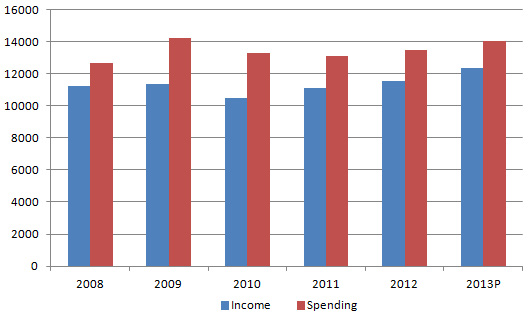 To make matters worse, in the past 6 years the state has undermined the only real alternative system to the public pension fund. In 2004, Lithuania introduced a private funded pension scheme (II pension pillar) that was meant to alleviate future strains on the public pension system that will arise due to unfavourable demographic tendencies. This scheme was funded by a small part of social insurance contributions. The economic crisis and the growing deficit of the State Social Insurance Fund induced the parliament to cut the contributions to the funded scheme from 5.5% in 2008 to 1.5% in 2012, slightly increasing it to 2.5% in 2013. As of 2014, the contributions rate will be 2% with an additional subsidy of 1% of the average wage given for those willing to contribute 1% of their after-tax income. In 2016 both the subsidy and the individual contribution are set to increase to 2%. The conditionality of the subsidy implies that the individuals with lowest earnings may be unable to save an adequate amount for their pension.

Throughout 2012, the personal income tax rate remained stable at 15%. Nonetheless, there have been debates on scrapping the flat tax in favour of a progressive income tax. In November, a new centre-left wing government came into power following parliamentary elections. The government’s programme includes a position that the progressivity of the income tax should be increased, although this can be done either by abandoning the flat tax or by increasing the tax-exempt amount. It appears that the latter measure will be chosen to implement the government’s programme.

As of 2012, the minimum fixed amount of personal income tax levied on business certificates has been increased from LTL 120 to LTL 1440 (€35 and €417, respectively). Business certificates are the simplest way to pay taxes for self-employed entrepreneurs, since they enable entrepreneurs to pay fixed personal income tax, social insurance and healthcare insurance contributions prior to their activities and there are no requirements for extensive accounting. The only requirements are to give receipts to customers upon request and submit an income declaration. After the tax was raised, the number of individuals paying taxes by purchasing business certificates has dropped by 11%. During the temporary tax cut in 2012, the number of individuals grew by 27%. The following table illustrates how tax cuts spur economic activities and promote entrepreneurship.

Since the business certificates are associated with minimal administrative and tax burden, the state has often attempted to curb their use. As of 2011, individuals cannot carry out their activities under business certificates if their turnover has reached the threshold required to registers as a value added tax payer (LTL 155,000; €44,930). As of 2012, individuals cannot earn more than LTL 15,000 (€4,348) from businesses – the rest must come from person-to-person transactions.

Guarantee Fund provides payments to employees of bankrupt companies and is financed through current employees’ contributions. As of 2012, the contributions rate was doubled from 0.1% to 0.2% of an employee’s income.

Standard corporate income tax rate in Lithuania is 15%, with a reduced rate of 5% applied to small companies. Prior to 2012, the reduced rate was applied to companies with income under LTL 500,000 (€145,000) and as of 2012 the threshold has been doubled to LTL 1 mil (€290,000). This has allowed more companies to apply the reduced rate and therefore lowered the tax burden on businesses.

In 2012 a reduced VAT rate on hotel and special housing services expired. The reduced rate was in effect only throughout 2011. Interest groups have been advocating a reintroduction of the provision, claiming the reduced rate would allow hotels to invest and thus attract more visitors to Lithuania. It is yet unclear whether the provision will be brought back into law.

Most of the excise duty rates remained stable throughout 2012, with the exception of excise duty on intermediate products with alcohol concentration under 15% which was raised from LTL 198 (€57) to LTL 216 (€63) per hectoliter.

When the new tax was introduced, the parliament expected its revenues to total LTL 17 mil (€4.9 mil) or 0.1% of state budget tax revenues. Many potential taxpayers tried to avoid this tax by giving away a part of their property to adult family members, decreasing the official property value or using legal loopholes in the law. Actual revenues amounted to only LTL 3.8 mil (€1.1 mil), or just 23% of the official forecast. This means that the residential property tax is inefficient, since it brings in low revenues yet produces an administrative burden both to the taxpayers and to the tax administrator. Even though this tax can be viewed as a failure and should be abolished, there are calls from some politicians to lower the tax-exempt threshold or even make it a universal tax.

In late 2011, the parliament passed a law changing the land tax from a fixed rate of 1.5% to introducing a bracket of 0.01-4%. The parliament gave the power to the municipalities to set the exact land tax rate, depending on the use of land and other criteria. The law also changed the value-setting method: prior to this the tax was levied on old calculations of land value, while the new law stipulates the tax will be paid according to a “market” value of the land.

The changes have come into effect as of 2013 and many landowners have seen drastic increases in their taxes, sometimes by more than 100 times. Some municipalities have set a 4% tax rate on “unused” land, which is a big issue for landowners since their land may be unused due to poor market conditions or prolonged bureaucratic procedures in obtaining building permits. A draft law has been registered in the parliament in early 2013 to postpone this law, which would allow the taxpayers to better adapt to the increased tax burden.

In early 2013, the newly-appointed center-left wing government formed a Tax Commission to oversee a potential tax reform. The commission consists of government officials as well as market representatives, auditors and tax policy experts.Key issues on which the commission should decide are progressive income tax, reduced VAT rates and residential property tax. The most likely outcome of the commission is to keep the flat tax and instead to raise the tax-exempt amount. It is also likely no reduced VAT rates will be introduced. There is a danger that the commission will propose an introduction of a proper capital gains tax and a universal residential property tax. Therefore, it is likely that further tax discussions and decisions will focus on lowering the tax burden on labor and raising it on wealth and capital.