French labour code is driving Ryanair out of Marseille 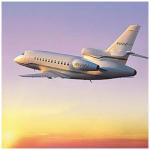 The low fares airline Ryanair announced the closure of its only French base in Marseille from January 2011. As a consequence, 13 Marseille routes will be closed, cutting the city from important flows of tourists. The closure is following the commencement of legal proceedings against Ryanair’s Marseille base, where all of its 200 pilots and cabin crew work on Irish aircraft (i.e. Irish territory) and pay their taxes and social insurance contributions in Ireland where they receive their Irish pay.

The four Marseille based aircraft (and 200 Ryanair jobs) will be moved to competitor airports in Spain, Italy and Lithuania.

The puzzle in that story is that Ryanair fully complies with the European Directive on Transport Workers which allows all mobile transport workers to pay income tax and social insurance in the country they work (which in this case is Ireland because they work on Irish registered aircraft which is defined as Irish territory) or where their employer is resident and where they are physically paid, which also in Ryanair’s case is Ireland. The French authorities wish to take a different view and claim that these mobile (Irish) workers should pay income tax and social insurance in France, rather than in Ireland, even though this is contrary to EU regulations.

Poland: Time to come down from the clouds and face reality