Taxes Around the World 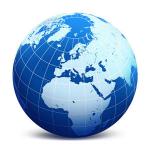 In a new Working Paper published by the American Enterprise Institute, Kevin A. Hassett and Aparna Mathur provide a brief overview of U.S. tax policy in relation to other Organisation for Economic Co-operation and Development (OECD) countries and in relation to world averages. They describe trends in ten different tax rates between 1981 and 2007 across all thirty OECD countries. The U.S. tax code emerges, in their analysis, as exceptional in many regards. Most countries have gradually moved toward collecting a large share of their revenue from value-added taxes.

This movement has generally allowed countries to reduce income tax rates relative to the United States.

Bailing out the Banks Was Wrong, but New Tax Won’t Make It Right