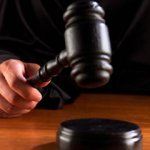 The French Constitutional Council pronounced a negative opinion on the cherished by President Sarkozy and his government carbon tax project.

The carbon tax was meant to apply on products related to high emissions of CO2, like petrol, gas, coal, fuel oil, LPG (liquefied petroleum gas) when used as combustible. It was supposed to be imposed to every physical or moral person, except those already subject to the European Emissions Trade System (ETS).

Obviously, such a tax represents an additional cost for French manufacturers and will make it more difficult for them to compete abroad. This is why the government decided to smooth the disposals for many sectors as agriculture, fishing, road transport etc.

Those exceptions are precisely the motive reason for the Constitutional Council rejection of the project – the tax is in contradiction with the principle of equality of all citizens before the tax.

The French government will have to renounce to its eco-ambitions (which, unfortunately seems improbable), or find a compromise, reducing the exonerations from the tax without disappointing too much the previously exonerated groups. A delicate position for the government three months before the regional elections.

Why Government Spending Does Not Stimulate Economic Growth: Answering the Critics