Copyright 2022 IREF Europe
Home » A Digital Euro – What is it, What Form Could It Take and When Might It Happen?
IREF Newsletter 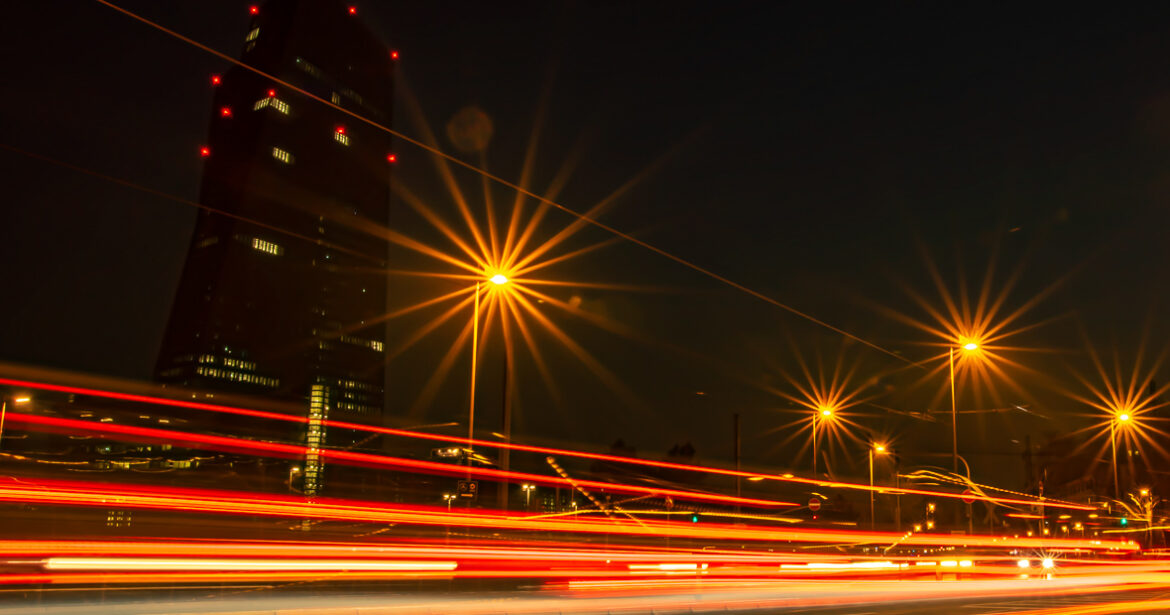 The concept of central bank issued digital currencies (CBDC) has been around for several years, arguably since bitcoin became established around 2015. The topic is now very hot even in Europe, with Sweden planning to launch a retail focussed e-krona in 2021. Switzerland is also working on this very topic. 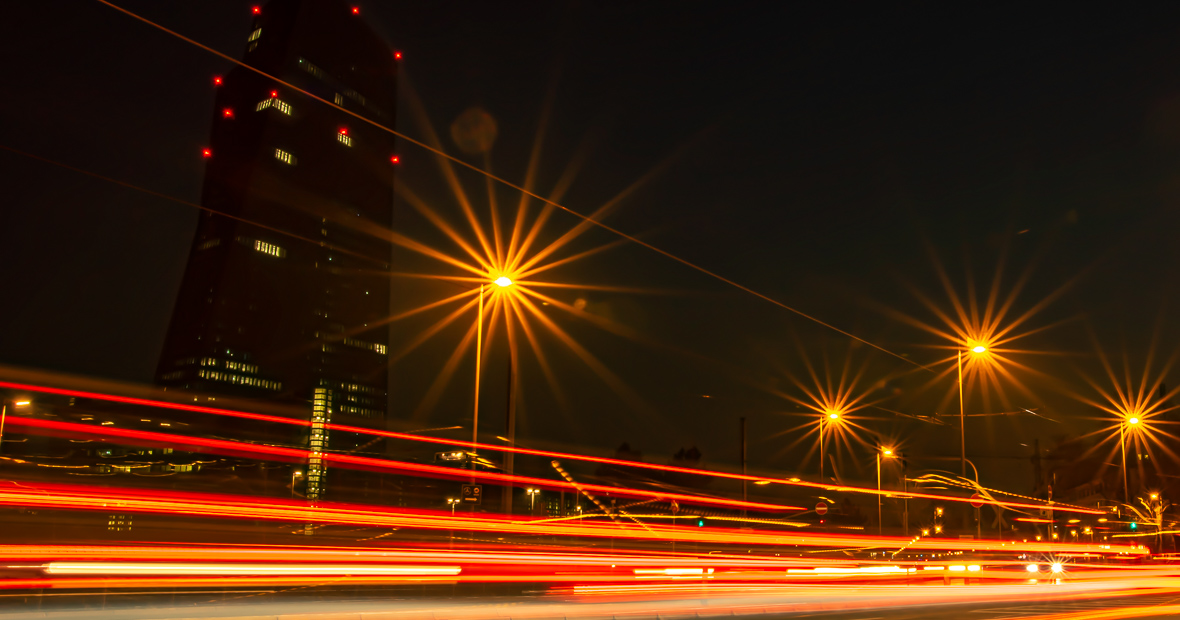 However, the natures of CBDCs currently being evaluated and trialled vary widely. Of course, CBDCs should not be confused with cryptocurrencies, or stablecoins – of which Facebook’s Diem, formally known as Libra, is an example. Stablecoins are expressly backed by fiat currencies or securities, even though they are issued and controlled by private networks. Cryptocurrencies such as bitcoin and ether are unbacked by anything at all, and their proponents’ overt intent is to defy government authority and hope that fiat becomes worthless. By contrast, CBDCs are simply new forms of conventional fiat money, as witnessed by a paper published by the ECB in October:

“a digital euro – an electronic form of central bank money accessible to all citizens and firms. A digital euro would be introduced alongside cash, it would not replace it.”

Although the ECB paper does not go far beyond this definition, we presume that different central banks are interested in introducing digital versions of their fiat currency for different reasons. Some openly claim to be preparing for a cashless society; others see a competitive market developing for faster payments than permitted under conventional interbank settlement systems for fiat; more authoritarian regimes are attracted to the greater monitoring of activity that CBDCs will permit.

The man in the street will no doubt be perfectly comfortable if his debit card in the future transfers funds in supermarkets without going through the conventional bank settlement system; but he will be concerned if he goes to the bar for a third drink and Big Brother declines his payment saying “you have had too much already”. Commercial banks will be concerned about their settlement and payment lunch being eaten by competitors, but will probably feel they have enough influence over their central bank to prefer a CBDC if it can outcompete Paypal.

Put differently, the form and impact on society of CBDCs can vary enormously depending on the central bank’s objectives. The ECB seems not yet to have decided upon even its objectives. A simple comparison between the ECB’s thinking and the actions of the People’s Bank of China (PBOC) reveals this.

i) ECB Approach to Date

“A digital euro would create synergies with private payment solutions and contribute to a more innovative, competitive and resilient European payment system ”.

An e-euro would also, we are told, help with the ambition of digitising European economies. Having stated these benefits, the ECB paper identifies a range of risks and requirements which should drive design and implementation. An e-euro should be usable for both online and offline payments. The reference to offline implies transactions outside the banking system – perhaps prepaid cards containing central bank money.

Other issues are left unclarified. For example, nothing is said about the mechanism through which e-euros would be created and whether or how anonymity would be guaranteed; or on whether the e-euro would have legal-tender status. Apparently, more information will be disclosed in summer 2021. Yet, one wonders why the ECB decided to publish such rather unsatisfactory report. Three drivers come to mind:

a) The Facebook’s Diem/ Libra project, has rocked senior officials within the Eurosystem, worried that this stablecoin might encroach on their turf. The ECB paper is replete with emphasis of the importance of the ECB continuing to “control” Europe’s payment system and monetary policy;
b) China’s piloting of its new CBDC (see below), even though the paper refers only anonymously to ‘foreign central banks’;
c) The ECB needs to demonstrate competence, and that its taskforce has been active for some time now .

In contrast to the ECB’s diffidence, the PBoC announced in June that after six years of research and preliminary testing it is now almost ready to launch its digital currency, called the Digital Currency Electronic Payment (DCEP) system. The aims behind the project are to enhance international usage and the status of the renminbi (RMB), to increase the PBoC’s supervisory powers, and to break away from the two main global clearing and settlement platforms for RMB – CHIPS and SWIFT, both of which are viewed as American controlled.

DCEP details have been published. Commerce and retail will have access via the four large state-owned banks, as well as through non-banks such as Alibaba and Tencent. All merchants that currently accept payments from these non-banks must accept DCEP.

A separate but undoubtedly related initiative being promoted by China’s government is the use and development of blockchain. The DCEP transaction ledger will be a fully centralised blockchain controlled by PBoC and approved partners. Sceptics wonder why use blockchain, if the ledger is centralised and far from anonymous? Nonetheless, the DCEP will operate fully outside the commercial banking and payments system, and obviously is an option for the world’s 1.7 billion citizens who are unbanked but possess mobile phones.[[According to World Bank.]]

The Chinese authorities have arguably designed their own digital currency to attract retail deposits away from banks. Yet, this is no great concern; the Chinese do not worry much about the possible collapse of any major bank. The ECB’s problems are different and justify prudence. Recent research by DZ Bank confirms our fears that the doom-loop is accelerating – 100% of 2020 new Spanish government debt has been purchased by the Eurosystem, only a fraction less for Portugal. Both countries would have defaulted on their debt without bailouts in the last 9 years. The fact that yields of both these countries’ bonds have fallen from over 1.5% per annum 2 years ago to around 0% today illustrates how market forces have been annulled by ECB policy. The ECB fears that the digital euro could destabilise sovereign bond market if rates as high as zero per cent were offered on substantial holdings of digital euro, while member state bonds yield as low as minus 0.5%.

Eurozone commercial banks are not only in weak condition themselves but are crucial to the continuance of the doom-loop, so the ECB cannot countenance substantial deposit flight into an e-euro without precipitating the very problems it continues to print away. The bank run risk can, according to the paper, be addressed in two ways, but only the second is feasible. Firstly, by making a digital euro only available through ‘intermediaries’, presumably banks. However unless the e-euros were in wallets which the banks could not touch, customers would not bother to open e-euro accounts. Secondly, via pricing. The ECB contemplates a “tiered remuneration system”, presumably with increasingly negative remuneration as each saver’s holdings increase, in order to deter ‘investment’ in digital euro as opposed to use as a means of payment.

With the ECB non-committal and the Federal Reserve regarding a digital dollar as unnecessary and irrelevant, China seems to be the only serious player on the CBDC landscape at present.

Although the ECB appears to be boxed in by its published concerns, it may feel obliged to do something in order to maintain public confidence that its present policies are working, and the system is stable. If so, we expect a digital proposition that is tightly centrally controlled, limited in retail appeal (through negative interest pricing), and heavy in glamour. But in terms of volume, it will perhaps merely constitute a modest offset to the reducing volumes of notes and coins on the liability side of the balance sheet. There are wide disparities between the appetite for cash usage throughout the Eurozone: the share of cash in transactions in the Netherlands is relatively low (46%), but in nine countries (including Spain, Italy and Germany) is 80% or more. This disparity rules out for now any hidden ECB agenda of abolishing cash and avoiding the very possibility of bank runs. Which of course begs the question, without replacing cash with an e-euro, how can the ECB keep reducing rates? 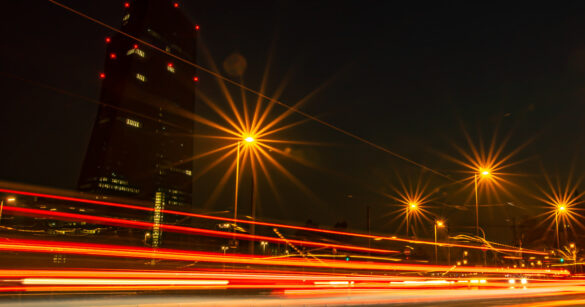