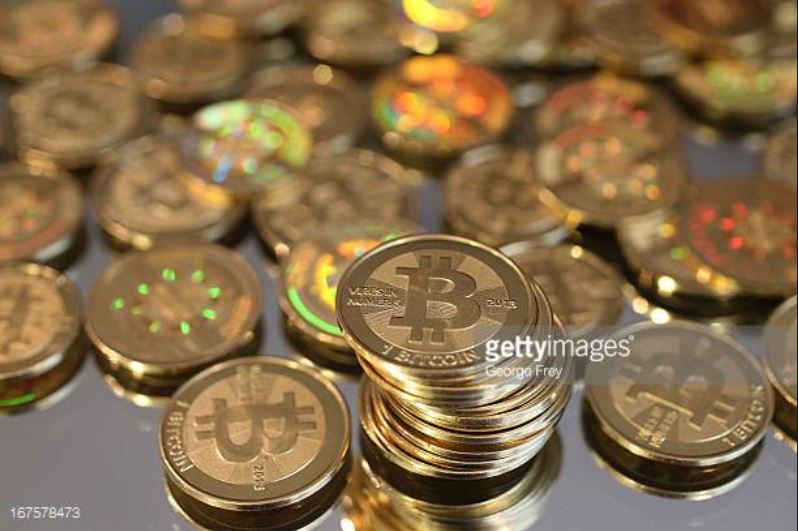 Brief technical overview
Let us begin with a definition of the terms ‘digital currency’ and ‘cryptocurrency’.

Digital currency – any currency that exists on a ledger. This term includes all the world’s major currencies as well as cryptocurrencies. Notes and coins are the physical form of euros, sterling and dollars, the majority of which exist in digital form.

A cryptocurrency is therefore like fiat money, with three differences: it is not printed on paper, the transactions are presented as anonymous (hidden behind an algorithm), and they are verified by the network through a public, ‘distributed ledger’.

Bitcoin was launched in 2009 by an author called Nakamoto. The ambition was to create an alternative form of money that would be superior to conventional money:

The root problem with conventional currency is all the trust that is required to make it work. The central bank must be trusted not to debase the currency, but the history of fiat currencies is full of breaches of that trust[[Email February 2009, Nakamoto.]].

Bitcoin is a system in which there is no central body to authorize or track transactions; instead, these tasks are carried out collectively by the network of bitcoin enthusiasts. A key principle of the system is that it does not depend on trust of any one body or individual to behave itself or keep its promises; instead, the only trust required is distributed trust, or trust in the network. It has no single point of failure; it cannot be brought down by knocking out any particular individual or organization. It operates outside of government control. Criminals can trade drugs using bitcoin, Chinese citizens can evade capital controls by using bitcoin as the medium through which to convert renmimbi into Canadian dollars held in Toronto.

Key to Bitcoin’s status as the leading cryptocurrency is that its design addressed the second of two problems common to all distributed ledger systems. The first is the problem of digital security, how to ensure that the true owner of the coin is the person now endeavouring to transfer it. This problem is solved by digitally authenticated signatures. Each individual user has both a public key, known to everyone, and a private key, known only to it. When A transfers a bitcoin to B, A adds B’s public key to the coin and digitally signs using A’s private key. On receipt, B can verify that A’s private key has been used and that the transfer is legitimate and binding on A. Digital authentication is not unique to bitcoin. No security system is perfect; a criminal could discover a private key by skilful hacking or by holding a gun to A’s head. The bitcoin ledger is publicly available and the system is only pseudo-anonymous; it is easy to track each bitcoin’s transfers. This of course means that owners are somewhat exposed – if the electronic address to which the bitcoin is linked can be traced, the identity of the owner could be discovered. This is probably easier to do than generally believed.

The second problem is the “double spend” problem; the risk that A might subsequently make an attempt to fraudulently transfer the same bitcoin to C. Because of the absence of a central authority (eg bank) to verify A’s transfer, there must exist a reliable verification process operated by a sufficient number of users of the system, and the users need to be incentivized.

Transfers are divided into sets (blocks) and submitted to the entire bitcoin community for verification. Incentivized by the prize of receiving a number of new bitcoins, community members attempt to solve complex mathematical problems on their computers. The winner shares the answer with the rest of the community who confirm the answer on the network. Two results ensue. First, the block of pending transfers are confirmed. Second, the system releases to the winner the prize of a small number of bitcoins (currently 12.5). Two terms associated with bitcoin should now be defined:

Mining – consistent with bitcoin enthusiasts’ belief that it is “cryptographic gold”, the process of attempting to solve the math problem and winning the prize of new bitcoins is termed “mining”;

Blockchain – For the verification process to work properly it is important that the mining community knows in which order the transactions occurred otherwise there may be confusion as to coin ownership. Therefore, each block in the chain includes a pointer to the previous block.

Blockchain technology has earned widespread respect outside of its original association with bitcoin. The common story behind these initiatives is the speed, accuracy, and elimination of single point of failure that a ‘distributed’ ledger system can confer upon any system of records compared with conventional databases. A vast array of use cases are being worked on by entrepreneurs globally, and private equity funds exceeding $1bn are believed to have been invested in blockchain ideas in the past 12 months.

Bitcoin is now mainstream
Blockchain technology has earned widespread respect outside of its original association with bitcoin. The common story behind these initiatives is the speed, accuracy, and elimination of single point of failure that a ‘distributed’ ledger system can confer upon any system of records compared with conventional databases. A vast array of use cases are being worked on by entrepreneurs globally, and private equity funds exceeding $1bn are believed to have been invested in blockchain ideas in the past 12 months.

The bitcoin system has been designed to release a block of coins every 15 minutes since inception in 2009. About 16 million now exist, and we are told the system will only ever issue 21 million. In the past month the staggering rise in its price from $1000 at the start of 2017 to about $17,000 has attracted a great deal of media attention, much of it sympathetic. Commentators are starting to accept the argument that bitcoin is a new form of money.

Bitcoin futures are being launched this month on the Chicago Mercantile Exchange and the Chicago Board Options Exchange. This may have contributed to bitcoin’s price rise.

Bankers have now engaged, but are not enthused. “If you’re stupid enough to buy [bitcoin] you’ll pay the price for it one day” said Jamie Dimon, chief executive of JP Morgan in October. UBS’ Paul Donovan is also sceptical, contending that bitcoin, like all cryptocurrencies, lacks any backing means and, therefore, cannot be regarded as a store of value. Moreover, it is not a “widely used medium of exchange”[[http://uk.businessinsider.com/bitcoin-cryptocurrency-ubs-wealth-management-economist-paul-donovan-2017-11?r=US&IR=T]].

Goldman Sachs’ chief executive Lloyd Blankfein is softer. His main concern is that it does not “feel” like a currency given its price volatility, daytime swings of up to 20% occur from time to time. It is “too soon” for Goldman to have a “bitcoin strategy”.

In return, Bitcoin enthusiasts point to the community element. A company may dump its failing software, an investment bank will dump its toxic assets in time of crisis, but an open source community will stick with its project. In their view, the community around the coin is the best protector of bitcoin’s value in the medium term. Yet, it could also be the biggest threat in the long term, because internal disagreements may occur. If a sufficiently large group decides to separate (to “fork”) in favour of a new and better project, the value of bitcoin could disappear in short order in favour of a possible “Bitcoin X” challenger. Some such forks have already occurred (Bitcoin Cash and Bitcoin Gold), although they have failed to topple the original. A future fork might, because the bitcoin blockchain needs improvements to handle overloads.

Our View as to The Value of Bitcoin
Despite its success, we believe that Bitcoin suffers from a fatal weakness. As Doug Jackson observed, “Bitcoin has every impressionable ninny in the world (i.e., would-be or actual opinion leader) jumping on its bandwagon, hoping not to be seen as uncool if it turns out to be the next big thing.”[[Doug Jackson, founder of e-gold, private correspondence, 2014]]. Yet, bitcoin has no intrinsic value, and control is probably far less decentralised than claimed to be. Moreover, the entire project relies on the belief that more people will accept it as a means of payment in the future and that large bitcoin owners will not dump the cryptocurrency, leading to large price drops. In brief, one’s fears that today’s price of bitcoin recalls the 17th century tulip bubble are not entirely misplaced.