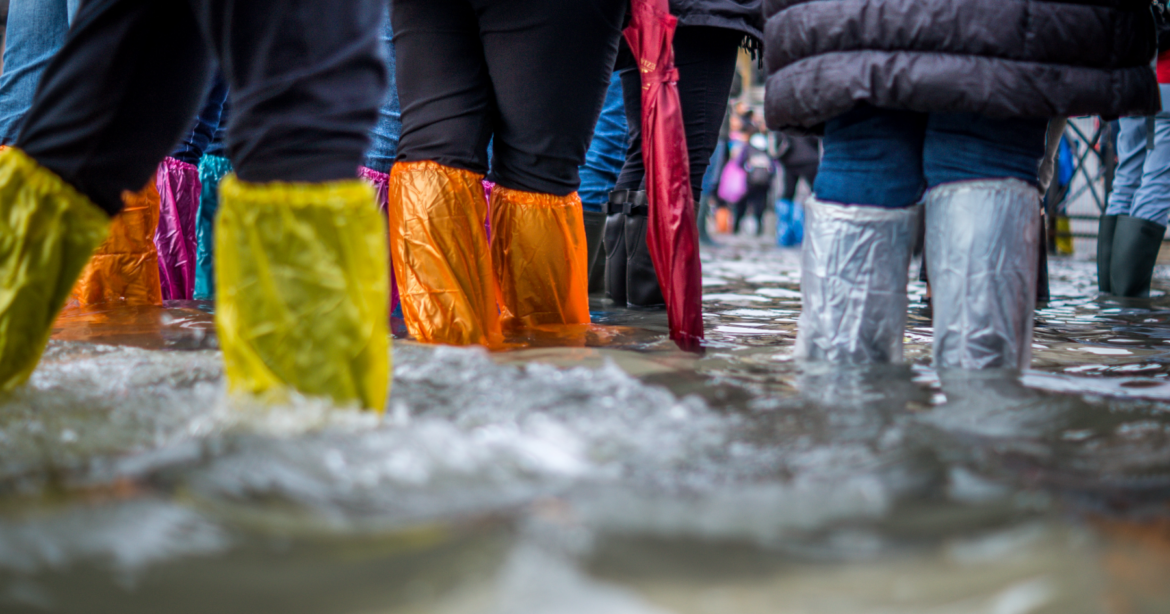 As the momentum has built behind calls for policy responses towards climate change, the ECB and the Bank of England have not been the quickest central banks to act. Back in 2011, the Banco do Brasil announced that banks must incorporate ‘Environmental and Social Risk’ in their reporting and risk management strategies. In 2012, the Reserve Bank of India invoked its 1949 Priority Sector Lending legislation to encourage Indian banks to allocate credit to green projects: renewable energy infrastructures such as biomass fuel production, wind farms and solar. Last but not least, the governor of the French central bank recently suggested that the world authorities (i.e. taxpayers) should devote no less than $ 900 bn per year to address the climate problem and that the Bank will be ready to support the policymakers’ actions in this area. As a matter of fact, one of the earliest central banks to actively intervene on climate change was the People’s Bank of China. In 2007, working with other institutions like the Ministry of Environmental Protection and the China Development Bank, it acted to restrict financing from companies that failed to comply with environmental rules such as emissions targets. This might seem at odds with China’s huge programme of coal fired power station construction which is producing one new one each week. 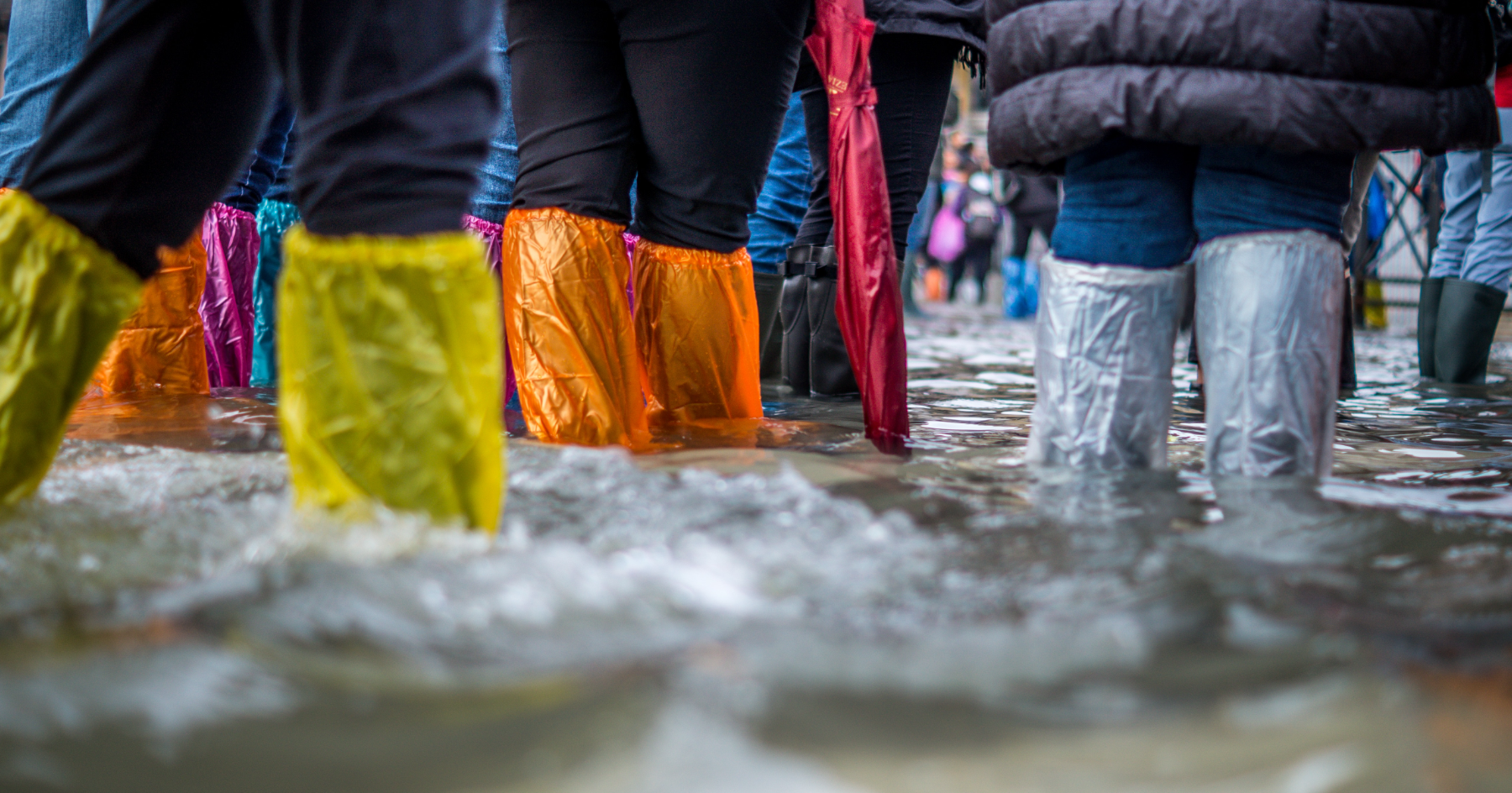 Against this background, the Bank of England’s 2017 Q2 first serious climate change overtures might be considered tardy. However, they have compensated for this criticism by the sheer volume of papers, speeches and initiatives. Although the UK has a welter of institutions, regulations and subsidies that have driven the establishment of substantial green infrastructure, the approach taken by the UK’s central bank via its Prudential Regulation Authority (PRA) is categorically different from the three examples above. The PRA is concerned that climate change represents a threat, possibly the greatest threat ever, to the global financial system.

The PRA’s voluminous papers read as if this risk is patently obvious, beyond any doubt, and has been around for decades. If questioned as to why they waited until 2017 Q2 before getting serious, one presumes the PRA would deflect by referring to the Great Financial Crisis and the ongoing repair works entailed thereafter with which they were preoccupied.

But is this threat so great and obvious? A leading member of the UK’s House of Lords economic affairs scrutiny committee is Lord Lawson. He was Finance Minister under Margaret Thatcher. In 2009, he published a book questioning the climate orthodoxy and has since helped establish an NGO that scrutinizes the work of the Intergovernmental Panel on Climate Change. He is frequently vilified for claiming that there has been little if any planetary warming this century, that water vapour from clouds (the most prevalent greenhouse gas) is poorly understood and should be a more important focus of research than carbon, and that the present talk of climate disaster is but the latest in a series of ‘planetary scares’ which have gripped our attention over the past 50 years. This last point is interesting. In the late 60s, the spectre of Malthus re-appeared as eminent scientists called for population growth restraint else we will run out of food; and in the mid 70’s, authoritative scientists warned of a new ice age. Central to Lawson’s continuing work and that of the NGO he cofounded, the Global Warming Policy Foundation, is the importance of a cost/ benefit analysis, because they say the main threat to the human race is poverty. Countering Lawson is Professor Martin Weitzmann of Harvard University, who argues that in this area the threat is so potentially catastrophic that no cost/benefit analysis should be applied.

Weitzmann’s open-ended approach to costs has been embraced by the PRA. They, together with the other half of the Bank of England – the Financial Conduct Authority — have established a new body of financial risk climate experts called the Climate Financial Risk Forum (CFRF) who will also engage with the international central banks’ newish institution, the Network for Greening the Financial System (NGFS).

In April this year, the PRA published a major paper titled ‘Enhancing Banks’ and Insurers’ approaches to Climate Change’. According to this paper, UK financial institutions are exposed to two different sets of risks:
A) a ‘physical risks’, i.e. the risk of financial loss from a ‘climate related event’;
B) a transition risk, i.e. the risk of disruption and losses as we de-carbonise the economy.

What actions are British banks and insurance companies going to be required to undertake? In short, they should change their risk models. In detail, they have been instructed to think about the micro adjustments to their spreadsheets for these twin risks. All banks and insurers must report and explain their data collection methodologies, how they dealt with data gaps, and how they are building expertise both within and outside the firm to undertake scenario analysis. The timetable was tight and some firms have asked for help. Yet, the PRA felt ‘unable to provide further guidance until we have developed our thinking on these issues; informed by the response to the market-wide insurance stress test, the work of the CFRF and the NGFS’. In fact, one has the impression that the PRA wants to be seen to be doing something whilst fully cognizant that tweaking financial risk models for planetary issues makes little sense.

But the PRA is determined to do just this. As a consequence of incentivising the financing of companies with high Environmental, Social and Corporate Governance (ESG) ratings, premiums and discount rates will be adjusted and tiered. These will also affect regulatory risk and capital weightings, with unpredictable effects in regard to the outstanding stock of assets.

The orthodoxy regarding climate change has become, according to Lawson, a ‘belief system’. Under Mark Carney, the Bank of England has wised up to the importance of embracing it, and being positive about it. ‘Understanding the intensifying physical impacts of unavoidable climate change….[entails] risks and opportunities’. But all the time central banks are aware of the fragility of the banks they are supervising and the more immediate risks of loading the risk models such that solvency alarm bells start to ring.

In a month when the US announced its withdrawal from the Paris Climate Accord in one year’s time, and when also Extinction Rebellion (XR) protestors stopped trains in London’s financial centre by sitting on their roofs, the two sides of the argument have never been further apart. By inundating banks with papers, tasks, and reporting deadlines the Bank of England is perhaps showing other central banks a bureaucratic solution. Central banks will doubtless keep going down this comfortable road. After all, banks have no idea what to do.

Photo by jonathan Ford on Unsplash 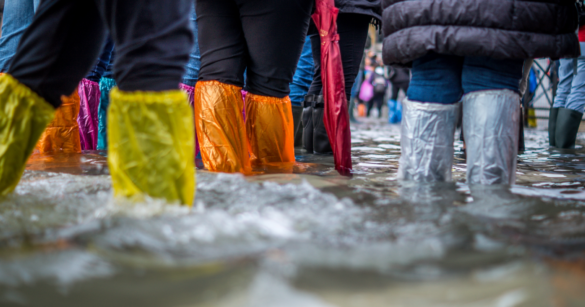