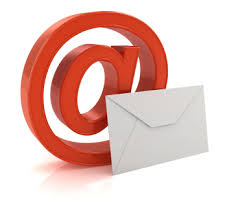 GDP in the EU area seems to be growing, but at a very slow pace. Although financial market remain sanguine, the real estate sector presents a mixed picture, with bad news coming from heavily indebted countries. While waiting for better news, the authorities are devoting their attention to the rating agencies.

Six years after the crisis exploded, experts still find it difficult to come up with satisfactory criteria to evaluate the banking industry. The good news, however, is that regulators are gradually becoming aware of how banks succeeded in circumventing the rules.

Good News, But Prudence Is In Order

In November, positive news generally outweighed the negative. However, there was little important hard data. Eurostat provided no updates on unemployment, but recently issued its “second estimate” of third quarter growth, affirming the previous numbers. GDP grew compared with the second quarter by 0.1% (Euro Area 17) and 0.2% (EU28). This is a slowdown in the growth rate from the second quarter’s data – +0.3% (EA17) and +0.4% (EU28). The US GDP data for each of the last two quarters was slightly better: +0.7% (q3 growth from q2) and +0.6% (q2 growth from q1). Euro area inflation was 0.9% in November.

Whilst economic data remain relatively weak, markets continue to behave optimistically. Stock markets continue to rise. A material factor in this growing market confidence has been the perceived greater degree of policymaker solidarity among the EA17 countries. There was little or no criticism of the ECB’s rate cut last month. Yet, even though politicians are rallying behind the ECB and a unified European response, there are signs that the monetary stimulus is not working. House prices may be up strongly in countries without perceived debt problems such as the UK (+7.7%, year to end November), but they remain subdued in countries with perceived debt and bank solvency difficulties. In Spain for example, just released official data shows prices down 4.5% at the end of q3 2013 compared with 2012. This is significant because house prices, low though they may be, have been boosted in all countries by low interest rates and bank rescues.

At the individual national level, there was little news of fresh austerity measures, just some modest asset sales programmes announced in both Italy and the UK. Estimates of national debt levels therefore worsened. A recent IMF report predicted that public debt of advanced economies will average 110% of GDP next year, compared with 75% in 2007. Increased taxation, in the form of both avoidance clampdowns and new taxes, rather than spending reductions, remains the preferred policy solution.

On the subject of stability of national debt levels, there were some ratings agency announcements during the month. Cyprus was upgraded and Standard & Poor’s (S&P) issued a positive outlook for Spain, essentially endorsing the Spanish government’s prediction of 1.2% GDP contraction in 2013, and a relatively strong turnaround in 2014 (+0.8%).

However, the Netherlands was downgraded from AAA to AA+, leaving only Germany, Finland and Luxembourg as AAA rated European nations. Dutch households are highly indebted, 16% have debts more than the value of the home and planned tax increases are predicted to bear negatively on 2014 growth hopes.

The markets barely reacted to the ratings news, with bond and credit default swap pricing levels shifting only by one basis point or two. Bloomberg published data evidencing investor distrust of more than half the ratings changes in the past twelve months; more often than not, the price of bonds moved in the opposite direction in the aftermath of a ratings change to that implied by the change.

But if the markets are taking less notice of ratings, then the rating agencies’ new regulator showed keener interest. The regulator, ESMA (European Securities and Markets Authority) published a report at the end of the month criticizing all three major ratings agencies for breaches of new regulations issued in June. Not only were the agencies admonished for the timings of some announcements, such as the downgrading of sovereigns during bailout negotiations (Greece 2011), but ESMA also highlighted that the behaviour of some rating agencies has been questionable, to say the least. In particular, senior managers and board members of the ratings agency boards have been found to have influenced and sometimes ordered their own subordinates inside the agency to change ratings recommendations.

Since the ratings business is now more or less fully state regulated both in the US and Europe, ESMA’s threat to consider withdrawal of licences provoked the desired sheepish response from the agencies. The upshot is that readers should expect future ratings announcements to be more compliant with the EU’s wishes, as the rating process is so openly under their authority.

How Are Banks Doing?

China’s central bank announced that it was no longer in China’s national interest to increase its holding of foreign currency reserves, with specific mention of the US dollar. Other comments indicated that China is likely to relax its policy of aggressively keeping down the yuan’s exchange rate.

Clearly, this policy change is not inconsistent with China questioning the Dollar’s status as the unchallenged global reserve currency. More of China’s exports are being priced in Yuan, which recently leapt ahead of the euro to become the number two most used currency in international trade, according to Swift.

In Europe, the debate on the best way of assessing banks continues unabated. The choice is between a simple leverage ratio and the traditional Basel measures of capital adequacy.

The results produced by the two measures are very different. The leverage ratio of 3%, now broadly in use, simply obliges banks to show that at least 3% of their liabilities are in obligations regarded as capital. Under the Basel rules (8% capital adequacy requirement), if a bank is given a 7% default probability, an AAA asset, would imply a capital requirement of merely 0.56%. This is about one sixth of the capital charge under the leverage ratio. Moreover, it should be observed that under Basel the impact is highly sensitised to rating levels. For example, if the asset’s rating fell to BB, the capital charge would rise to 34%.

A growing number of national regulators have recently woken up to the ease with which structured finance techniques can be applied to shape portfolios so as to minimise the capital requirement, and have therefore acted in our opinion sensibly by looking at the total leverage of banks. Banks, especially those holding substantial amounts of AAA assets, are worried: even with a leverage ratio of only 3%, they might have to raise 5 times their present capital levels to demonstrate compliance.

Any banks that will want to demonstrate solvency under the forthcoming ECB asset quality tests will also be wary of a new long-term liquidity operation (LTRO), following which the central bank will offer new liquidity to the commercial banks. Not only will LTRO funding cost banks an interest charge, but whatever the asset a bank chooses to buy, even a cash deposit, will count as a gross addition to total assets for leverage ratio purposes and require 3% capital. Mindful of this, the ECB, when it next chooses to stimulate, may deploy quantitative easing. The technical difference is that LTRO involves lending and balance sheet growth for banks, QE involves buying from banks (usually government) bonds with newly created money, which is balance sheet neutral for banks. Nevertheless, QE will oblige the ECB to purchase bonds of some governments at or close to admitted default, with a downside for the ECB in the event of future creditor bail-in rescues, so the ECB has no easy decision here.

Be that as it may, the impact of regulatory capital rules on banking in the actual economy did emerge in recent ECB data. For example, since July 2012 Italian, Spanish and Portuguese banks have increased holdings of sovereign bonds by nearly 25% whilst reducing lending to consumers and businesses by 9%. If the trend towards regulation based on simple leverage ratios continues, it may prove to be a very significant policy change.

Put differently, it appears that policymaker determination to prevent banks visibly failing is working. However, the costs of these policies continue to distort markets, frustrate savers, and discourage banks from lending. It will be interesting to observe which national authorities are going to prefer leverage-ratio regulation. Those that do will encourage solvent banks to lend to real economies, those that do not may privately worry that such regulation would expose those that are undercapitalised.