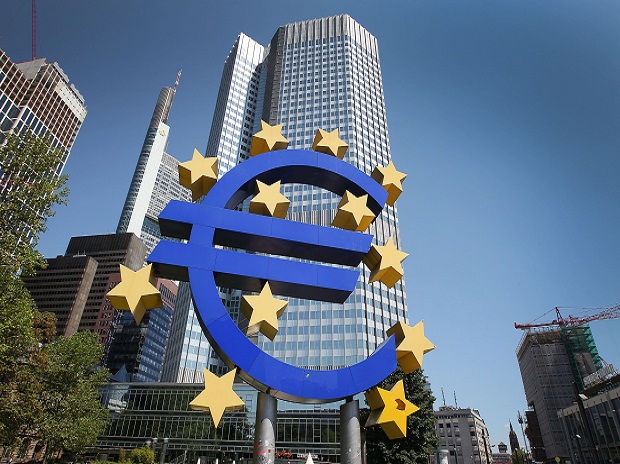 Electoral victories for Mark Rutte of the Netherlands in March, followed by Emanuel Macron’s presidential ascent in France in May and his landslide Parliamentary victory in June, have encouraged the view that closer integration of Europe’s banking and financial system is quite likely. The European Commission would be pleased if this happened soon. In a May 31st paper entitled “Reflections on the Deepening of Economic and Monetary Union” it envisaged the establishment of common deposit insurance and a common backstop to the European Resolution Fund by 2019.

One benefit of the proposed deepening would be to support the ECB itself. Everybody knows that the present very low yields of sovereign debt of all 19 countries are primarily the result of the ECB’s generous deployment of refinancing credit, involving not only permissions to national central banks (NCB’s) to print the euros necessary for commercial banks to buy such sovereign bonds, but also through its policy of direct asset purchases known as quantitative easing. Although everything appears to be ticking over quietly, banks are failing in Spain and Italy regularly (see this month’s bank commentary below), fuelling fears that, without such integration, a full- scale crisis might erupt again.

One problem with the status quo is the lack of private sector enthusiasm for cross border investments into financial instruments issued by banks in Europe’s troubled countries. Accordingly, banks in Greece, Portugal and Ireland have particularly large exposures to their own governments. This notion that banks and sovereigns might collapse together has become known as the ‘doom loop’, and one way to break it would be for a central agency such as the European Stability Mechanism (ESM) to issue common bonds backed by all the member states. Very confusingly, the term “eurobond” is emerging to describe such envisaged debt instruments representing the joint liability of all 19 countries. But the term ‘eurobond’ has been around since 1963 to describe a bond issued in US dollars in the European capital markets.

Any proposal for common liability bonds of all countries would require changes to the treaties on the functioning of the European Union. Still raw from Brexit, Europe’s leaders would prefer to avoid further referenda. Perhaps for this reason there has been a surge of enthusiasm, well covered in the media, for a financial engineering idea termed European Safe Bonds (ESBies). This idea, developed by a group of academics, is essentially very simple. An agency such as the ESM would buy large amounts of sovereign bonds, perhaps directly from the ECB, and finance the purchase price by issuing two tranches of securities collateralised by the sovereign bonds. The trick is in the tranching. Perhaps 70% of the purchase price of the sovereign bonds would be financed by issuing a senior ranking debt security, which would be marketed to private sector investors as ‘ultrasafe’ because of the 30% junior note below it, which would, in a default liquidation, absorb any and all losses up until the point when it would be written off.

The European Systemic Risk Board likes the idea of ESBies. If this could work, then the bulk of the ECB’s €1.4 trillion of sovereign bond holdings could be distributed back into the markets. Unfortunately, we are not alone in regarding the idea with scepticism. Marcello Minenna is a senior official at Italy’s securities regulator, Consob. He recently published an article[[https://ftalphaville.ft.com/2017/04/25/2187829/guest-post-why-esbies-wont-solve-the-euro-areas-problems/]] highlighting three difficulties:

– By not addressing the issue of joint liability, the sovereign bonds of troubled countries will remain unattractive to private investors. The diabolic loop will not be broken and the risk of market shocks will remain;
– It may be a mistake to assume that banks in countries like Greece and Portugal would sell conventional bonds of their own sovereign to buy the safest tranches of ESBies. It is perhaps more likely that they would buy the risky junior ESBie tranches which would offer higher yields.
– Because only a portion of each country’s existing debt would be refinanced in the manner set out, the existence of ESBies would create problems for the residual (non ESBie portion) of each sovereign’s bonds.

If ESBies are not such a good idea, how else can the eurozone achieve the desired integration without treaty change? Yanis Varoufakis, the colourful former finance minister of Greece, thinks much could be achieved by way of a simple press conference at which the following four policies could be announced:[[https://www.project-syndicate.org/commentary/european-integration-based-on-simulated-federation-by-yanis-varoufakis-2017-06]]

a) The European Investment Bank will fund a new eurozone ‘recovery investment programme’ to be funded by bonds, purchased if necessary, by the ECB;
b) The ECB will henceforth service (not buy) existing debt of each country up to an amount equivalent to 60% of its GDP – respecting the Maastricht limit;
c) All failing eurozone banks will be taken over by the ECB, who will acquire shares and replace management with a view to turnaround and privatisation;
d) All ECB profits, including Target 2 profits, will fund a eurozone food stamp programme for the needy.

We consider Mr Varoufakis’ proposal unviable for three reasons. Firstly, German investors have already litigated against the ECB, arguing that existing liquidity support for member states breached Germany’s constitution as well as EU treaties prohibiting the financing of national governments. It is hard to understand how anybody could consider that the ECB’s servicing of government debt would require no treaty change. Secondly, if the ECB were to take over failing banks this would surely change nothing. Bankers don’t care who props them up and will be just as happy with an ECB rescue as with the present national bailouts. Thirdly, an infrastructure fund in the name of the EIB with ECB backing is hardly new.

What is the future of the Northern Powerhouse?