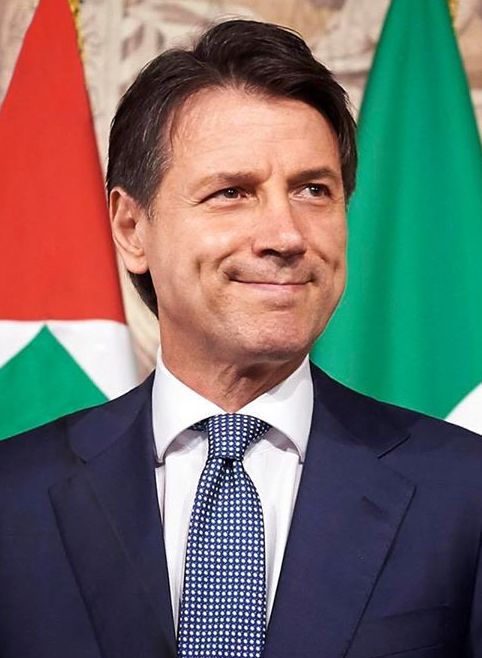 Background to the looming standoff between Italy and the ECB

Italy’s new government continues to confirm its commitment to fiscal policies which have triggered sensationalist reports in mainstream media questioning whether Italy can remain a Eurozone country. The alliance between Italy’s 5 Star Movement (M5S) and the League (Lega) has promised tax cuts, pension reform and unemployment subsidies (wrongly labelled as a universal basic income) which will increase public spending by 5 – 6% of GDP in flagrant breach of the EU’s Fiscal Compact rules.

So far, the M5S/Lega coalition has presented a rather incoherent contingency plan for a monetarily independent Italy. Be that as it may, the UK’s Daily Telegraph made clear that their policies are:

“fundamentally incompatible with membership of monetary union. They amount to subversion of the euro from within, a slower process but more menacing for Berlin and Brussels. “

Senior figures in both M5S and Lega have talked about a return to the lira, and even of provoking Germany to exit the euro first. The new head of the Treasury, Professor Giovanni Tria, believes that debt sustainability cannot be restored by austerity, and that what is needed is fiscal stimulus to boost demand together with “conditional and temporary overt monetary financing at European level”. Put differently, this is the government printing money via the central bank.

During the 80 odd days it took to form the new government, financial markets ascribed only a tiny possibility to any disruption to the euro. Investors may have been mindful of the Greek defiance of 2015, which was relatively easily dealt with by the ECB’s brief shutting down of liquidity to Greek banks. But of course, Greece was and remains a less economically significant member of the EU than Italy. The other significant difference between the two scenarios is that the Greek governing party never had any genuine commitment, let alone contingency plans, for monetary independence.

The financial markets’ relative indifference to the election result in March may have been based on the ECB’s track record not only with Greece in 2015, but also with the Italian government of 2011 led by Silvio Berlusconi. When that government refused to amend labour law to the ECB’s liking, or to implement other ‘austerity’ policies, the ECB withdrew its support for Italian bond purchases causing yield spikes and refinancing problems. Mr Berlusconi was replaced by a former EU Commissioner, Mario Monti, who enjoyed the full support of Brussels and Frankfurt. Financial speculators were finally scared off by ECB President Draghi’s 2012 famous promise to “do whatever it takes” to save the euro, and markets have remained relatively calm ever since. However, M5S/ Lega have succeeded in convincing voters that this calmness is the ‘stability of the graveyard’.

The ECB’s Potential Responses to this Important New Threat

The new Italian Government appears to pose a greater challenge to ECB policies than the ECB has previously faced.

Let us consider the ECB’s options.

The aggressive option is more or less a repeat of the deployment of the ‘weapons of torture’ which were used to quell Greece in 2015. The ECB can withdraw support for Italian bonds in the few months remaining until September when QE officially ends; it can use its discretionary control over the rules governing collateral to make it harder for Italian banks to roll over their short term financing arrangements, and it can make public statements along the lines that it will only act as lender of last resort, through the Italian Central Bank, to Italy’s commercial banking system if Italy’s government reverses its position and agrees to the rules. The last step would perhaps precipitate a run on the weakest Italian banks.

However, the ECB knows that the new Italian authorities will be expecting this. It is possible that M5S/Lega share our view that Italy is now in a stronger bargaining position than it was in 2011 because of the operation of the Eurozone’s internal settlement system, TARGET2 (“T2”). This settlement system has been increasingly in the news as politicians in Germany have realised that, in addition to Germany’s exposure to Italy and other debtor countries through the ECB’s monetary operations such as QE and short-term liquidity provision, T2 operates to offset capital flight. When Italian savers move their bank deposits from Italy to Germany no money actually flows. Instead, the accounting entries in the books of the Italian bank show that the deposit is replaced by a credit, via the central banks of Italy and Germany, provided by the commercial German bank to whom the deposit is transferred. Because T2 debits and credits are never actually settled, this aspect of the euro’s plumbing system operates to compel creditor countries to lend to debtor countries. Moreover, these loans are advanced at negative interest rates and this reduces profits and capital levels of the [German] banks.

In a recent paper, UK economist Andrew Hunt explains that T2 has overridden the market adjustments that would have been expected to occur in Southern European countries experiencing capital flight:

“Faced with this situation, the market system should then have imposed upward pressure on real interest rates, downward pressure on domestic prices and contractionary pressures on the banks.”

The risk to the ECB of deploying its full arsenal of aggressive monetary weapons is that the new Italian authorities may choose to introduce a new form of currency or treasury note and threaten never to honour T2 liabilities. There are multiple ways in which a new currency could come about. Since the gross T2 balances are measured in trillions, and given that the central banks of creditor countries record their exposures as balance sheet assets, such a threat could conceivably trigger questions as to the solvency of the central banks of Germany, the Netherlands and Finland, and hence a full scale crisis of the euro because T2 is in effect perpetual debt; it never has to be settled. Italy’s bargaining chip is its ability to affirm the perpetual nature of this debt rather than to publish a plan to settle it. This does not even involve default.

B. Enlarge and Amend the European Stabilisation Mechanism (“ESM”).

For the past year, we have observed the growing influence of France’s President Macron. His calls for a new European Monetary Fund (“EMF”) and Finance Ministry to supervise national budgets have been finding receptive audiences. Naturally there has been resistance from conservative German politicians, but they have been willing to consider this step alongside new technical measures such as Sovereign Bond Backed Securities as part of the cost of completing European stabilisation via movement towards much closer economic union.

If the EU authorities seek to appease the new Italian government rather than confront it, they could try to re-work the existing ESM and morph it into the new EMF. The key distinction would be that EMF disbursement conditions would be less harsh; countries would not have to accept the egregious conditions that accompany ESM bailouts, such as EU officials controlling key national economic institutions to impose austerity and push through sales of national assets. The publicity behind the putative new EMF could easily mask this important distinction. The primary justifications would include the ‘economic union’ point above, together with statements that the ESM has done its job and that its remaining lending capacity (€383 billion) is too small for the next phase of European integration.

If a new EMF is established along the lines contemplated above, a question might arise as to whether to relax the bailout conditions on the ESM’s only ‘ongoing’ borrower customer – Greece. Although Greece is the only ESM customer yet to exit the ESM’s programme, Ireland, Cyprus, Portugal and Spain remain borrower countries that are paying down their ESM loans.

The ECB is both pragmatic and politically skilled. Its top people will seek to maintain that managing the euro is a technical issue not well understood by voters. Given that an aggressive response could in this way trigger major problems for the ECB, and bearing in mind that the political will behind the euro remains very, very strong, it is in our view quite likely that the ECB and eurozone finance ministers will consider some re-jigging of the rules and institutions for expedient reasons rather than a confrontation with M5S/Lega.

However, if we are right, this will merely entail even more loose monetary policy and continue to mask the deeper problems in Italy’s commercial banking system, such as the level of non-performing and barely performing loans combined with thin levels of capitalisation.