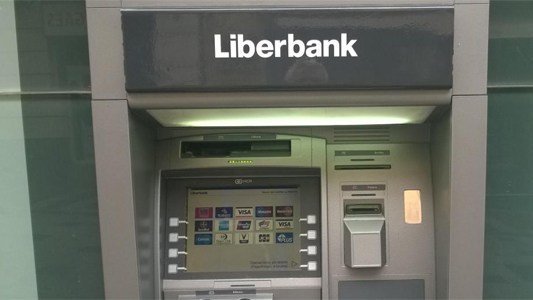 Just as elections of political leaders have become difficult to predict, it is becoming harder to guess which of Europe’s beleaguered banks will be bailed out and rescued, or allowed to fail thus exposing creditors to bail-ins. This is because the Single Resolution Mechanism’s own rules contain a convenient clause allowing any bank deemed “solvent” to benefit from “temporary” liquidity from its central bank without having to bail-in depositors or creditors. This clause is frequently invoked both to ensure that favoured banks are rescued and that the less loved ones abandoned. This explains why, as reported, the European Banking Authority (EBA) declared in February that Italy’s zombie bank poster child – Banca Monte dei Paschi di Siena (BMPS)– which had collapsed and been nationalised in December, was “solvent”. The Italian government is now on the verge of bailing it out yet again. However, even though nobody believes the EBA’s determination, it is extremely difficult for anyone to argue against it, such is the chaotic state of the accounting rules applying to banks. Wolf Richter sums this up nicely:[[file:///C:/Users/Gordon/AppData/Local/Microsoft/Windows/INetCache/Content.Outlook/OZXHODMD/Banco%20Populars%20Co-Co%20Bonds%20Plunge%20as%20B…in%20Potential%20Forced%20Sale%20%20Wolf%20Street.pdf]]

“As Francisco González, the president of Spain’s second biggest bank, BBVA, said during testimony in the Bankia [trial][[See also the May Issue.]], accounting in the banking sector is so elastic that it’s like chewing gum. The difference between a profit and a loss, a valuable or non-performing asset, on a bank balance sheet invariably depends on who’s doing the counting and what methods they’re using.”

Banco Popular and Liberbank
Despite permitting the BMPS rescue, the top people at the ECB and EBA now appear to be prepared to allow smaller banks to fail, and markets for deeply subordinated capital instruments in such banks have turned as investors have started short-selling. A key trigger event was on June 6th when Spain’s sixth largest bank, Banco Popular, collapsed and its creditors were bailed in.

The widely feared domino effect may soon become apparent. Liberbank is Spain’s eighth largest bank, and has been labelled a “mini-Bankia”[[http://www.zerohedge.com/news/2017-06-11/another-spanish-bank-about-bite-dust]] having been established only in 2011 from three failed savings banks, Cajastur, Caja de Extremadura and Caja Cantabria. Its shares fell sharply on the Banco Popular news, as speculative investors formed the view, particularly in the light of Bankia’s accounting scandal (Bankia was insolvent when established), that Liberbank is the least likely of Spain’s troubled banks to be deemed solvent by the European authorities. As per BMPS above, unless the “solvent” label is conferred it cannot be bailed out. In the second week of June the authorities banned the short selling of Liberbank’s shares.

ECB Exposure to Banco Popular
It is important to note that Banco Popular has not been put through an insolvency procedure. Even though private sector creditors were stripped of their claims as if it had been, the bank was sold to Santander for a price of one euro. The media simply accepted the story that the European authorities had shown their muscle by ‘driving through’ this rescue of a large bank by another private sector bank, thus protecting public funds[[http://news.sky.com/story/santander-buys-failing-rival-banco-popular-for-83641-10907211]]. The real story is a little different, since the major reason for the Santander takeover of Banco Popular is the importance of the Banco’s survival for the ECB.

The ECB’ s published list of assets it has purchased under its standard liquidity provision procedures as of 7th March included 70 securities issued either by Banco Popular or by one of its multiple mortgage backed securities (MBS) companies. Had Banco Popular been declared insolvent, defaults would have been triggered across all of these securities. Such defaults would have exposed the ECB itself to losses and potentially destabilised the eurobond market. Moreover, it would have demonstrated the inadequacy of the rules of the ECB’s scheme, which are supposed to protect the ECB from losses if there is a default. It is not difficult to imagine that ECB or Bank of Spain officials offered the required sweeteners and persuaded Santander that, post bail-in, Banco Popular’s net assets minus defaulted capital claims produced a positive value.

BMPS and Other Italian Banks
Returning to Italy, Banca Popolare di Vicenza SpA and Veneto Banca SpA are on the brink of collapse again, having been bailed out by the Atlante fund in 2015, before the ingenuity of non-performing loan securitisation had been invented. They have been instructed to raise private capital rather than expose Italy’s financial elite (Treasury, Central Bank and Finance Minister Padoan) to the near impossible task of persuading Italy’s electorate that further free money will cure their banks’ ills.

In fact, the credibility of the Italian financial elite is already strained to breaking point over BMPS. Italian authorities are locked in negotiations with European banking supervisors. Despite being deemed solvent, BMPS urgently requires an injection of capital. The EBA has agreed to allow Italy to provide euros 8bn of new capital, provided that BMPS disposes of euros 26 billion of non-performing loans. A major securitisation transaction is planned. But this requires rating agencies to analyse thousands of loan contracts, capital markets to remain stable, and investors to proceed to confirm their initial positive indication of appetite. Nerves are fraying.

Remember that Italy has set aside only euros 20 billion to turn around its entire banking system, which, according to the Ministry of the Economy, was suffering from euros 360 billion of non-performing loans (NPLs) in April 2016[[http://www.mef.gov.it/inevidenza/article_0207.html]] and expected to lose euros 87 billion. Leaving aside the understandable optimism of the Ministry in hoping that losses will be relatively small, 20 billion euros will not be enough.

On average, Italian banks have written down their NPLs to 40% of book value. This still leaves a 144-billion-euro sized problem, requiring a fairly optimistic assumption of a 72% recovery rate on these NPLs for the 20 billion to be sufficient to plug the hole. Thus, further NPLs must be written down or securitised. This is exactly what BMPS is trying to do today, so as to qualify for the 8 billion grant of public funds. The lesson is that bail-outs fix nothing; they merely defer problems.

The Political Outlook in the UK
The conventional wisdom has been that the UK has a stronger economy and banking system than those prevailing in many European countries. Is the UK really in much better shape than Italy or Spain? We think this is an overly rosy assumption. The UK is in political turmoil. Only two weeks ago Theresa May was reportedly an experienced, shrewd, presidential figure who was going to dictate the terms of Brexit to the EU’s elite. After the British General Election she has been universally panned. She is now a dead woman walking, after having run the most “spectacularly inept campaign in British political history.”[[Fraser Nelson, The Daily Telegraph, June 10th 2017.]]

The less affluent, in particular the young, warmed to Jeremy Corbyn’s “soak the rich” approach, which he hopes will narrow the gaps in this increasingly divided (in wealth terms) society. Of course these policies unnerve traditional supporters of capitalism. But these supporters have shown few qualms about zero interest rates which have driven house prices beyond the reach of so many, or objected much to the cartelisation of the banking industry. For now, the centre right in the UK are expected to shore up Mrs May. The stated reason is that to oust her would look weak given the impending June 19th Brexit negotiations starting date. The real reason is that a new leader would lack authority without new elections, which would probably bring Marxists into Downing Street. However, the new coalition with the Northern Irish Democratic Unionist party, into which Mrs May has been forced, is likely to create tensions triggering new elections before the Brexit negotiations make any real progress. Mr Corbyn is therefore already in a very strong position, and pushing for more debt funded social policies. House prices have finally flattened and started to fall. More disquieting news might be around the corner.