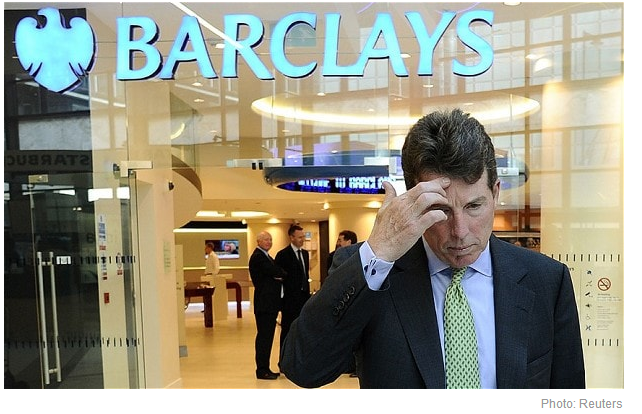 Last month, we reported on compliance failures at very senior levels of the Bank of England, resulting in the resignation of Charlotte Hogg. There was another scandal, also involving the Bank of England and Barclays Bank, which was breaking just as we were going to press. We decided to defer coverage given the absence of details and lack of Newsletter space owing to the gravity of the Hogg scandal.

The BBC, 100% owned by the UK government, has discovered what it claims is an audiotape suggesting that the Bank of England strongly pressured Barclays Bank to falsify its Libor submissions at the peak of the 2008 crisis.

On the tape a senior Barclays executive, Mark Dearlove, appears to instruct a trader, 35 year Barclays veteran, Peter Johnson, to submit a knowingly inaccurate cost of funds on behalf of Barclays on that day. The instruction was to submit a lower rate than Barclays’ true cost of funds – a practice known as “lowballing” – with the purpose of presenting Barclays Bank to the world as in better shape than it really was, given the pretence that it could borrow at lower rates than other banks.

On the tape, Dearlove, still with the bank and now head of its Japanese business, is heard telling Libor submitter Peter Johnson:

“The bottom line is you’re going to absolutely hate this but we’ve had some very serious pressure from the UK government and the Bank of England about pushing our Libors lower”[[BBC “Panorama” TV, April 10th 2017]]

The trader resisted but according to the tape, was given little choice but to go ahead and submit the false number. The Libor submitter, Peter Johnson is presently languishing in jail for precisely the crime of submitting false Libor numbers.

The significance of the tape is that, although technically “hearsay evidence”, Mr Dearlove clearly blamed pressure from both ‘the UK Government and the Bank of England”. The importance of the story is that, if genuine, the tape contradicts denials of this pressure to the UK Parliament under oath by two members of the UK financial elite. They could now face prosecution because, if Mr Dearlove was telling the truth, then Parliament may have been misled on 4th July 2012. We explain.

The undisputed history is as follows. Bob Diamond, chief executive of Barclays Bank in 2012, and Paul Tucker, then deputy Governor of the Bank of England, admitted discussing Barclays’ imminent Libor submissions by phone shortly before the Dearlove/Johnson call. Despite agreeing that Libor levels were discussed, both denied to a Parliamentary Select Committee that the Bank of England had applied pressure to Barclays. Tucker retired a year later and was knighted for his services to central banking. Diamond resigned a few days after the scandal broke, but had a public disagreement with another very senior executive before leaving. Diamond had called this colleague, Jerry Del Missier, immediately after receiving the call from Tucker. Del Missier’s interpretation was that Tucker was instructing Barclays to lowball. He then passed this message down to Dearlove.

Barclays Bank went to extraordinary lengths in 2012 to draw a line under the matter. It boasted of spending £100 million on an internal investigation led by external lawyers, and published a report the day before the crucial 4th July 2012 meeting of Parliament’s Treasury Select Committee at which Tucker’s and Diamond’s evidence neatly exonerated both the Bank of England and the most senior management of Barclays. According to the report, Del Missier had simply misunderstood:

Obviously the matter is once again sub judice, and we must be careful and precise in our language. However, this expensive investigation has, by pure coincidence and after rigorous analysis of 200 million documents, produced a report which lay all the criminal blame squarely on the shoulders of relatively junior executives at a commercial bank, many of whom have been prosecuted, jailed and stripped of their assets and careers. It exonerated both the entire senior management of this bank and all of the Bank of England staff. Now, however, based on this tape some of these former traders are calling for their cases to be reopened, and the Treasury Select Committee is thought to be calling for a review of the 4th July 2012 testimony to decide whether Parliament was misled.