Merkel wins her fourth term in Germany; will this help drive banking union or will nationalist political parties manage to oppose it? 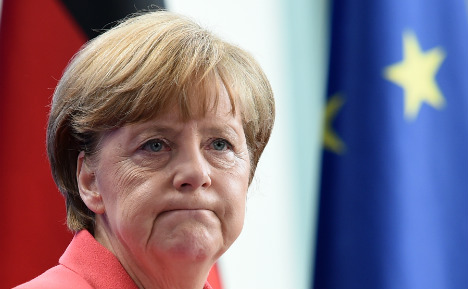 Although there never seemed much doubt that Mrs. Merkel would be elected for a fourth term as Chancellor of Germany on September 23rd, it is not clear whether she will be strong enough to help the EU authorities push through banking union before any pro-nationalist political parties gain real power in any of the big eurozone countries.

It is well known that Germany’s Finance Minister Schäuble has in recent years blocked progress on the establishment of a European common deposit fund to bail out guaranteed depositors (up to €100,000 each). In particular, Germany has argued that guaranteeing depositors should remain a matter for national banking systems. However, with the retirement of one of the strongest opponents of banking union (Schäuble), and the re-election of Mrs Merkel, German resistance may be about to break down. This is perhaps the thinking of the European Commission, who are believed to be about to publish two new proposals, each of which – if adopted — will constitute a significant step towards a financially federalised Europe.

The first proposal is for a new European Deposit Insurance Scheme (EDIS). To placate Germany, EDIS will reportedly only lend money to national deposit insurance schemes, rather than effectively operate as an outright transfer of value. It will be interesting to see whether this gains political support now and if it proves to be the thin end of a large wedge.

Sceptical voices within the Bundesbank will surely express concerns as soon as EDIS is established. Moreover, countries with troubled banks will suddenly declare that their access to funding is smaller than previously believed. The 17 page draft, seen by Reuters, further aims to placate opponents by requiring countries with weak banking systems to clean up their non-performing loan (NPL) problems.

The second proposal included in the draft contemplates the securitisation and sale (presumably from the balance sheet of the ECB) of portfolios of eurozone sovereign bonds. We anticipated this proposal in July. As we pointed out, the notion of what until last month were termed “European Safe Bonds”, and now to be officially christened “Sovereign Bond-Backed Securities (SBBS)” amounts to nothing more than financial engineering; the supposedly ‘safe’ senior bonds will offer little if any yield but will make the regulatory capital calculations of banks buying such bonds appear more sound due to zero risk weights. Even though the ECB has been a strong critic of the failure of national governments to address ‘structural problems’ such as excessive public borrowing and spending programmes, and even though SBBS will surely further encourage such gorging on debt, this measure is motivated by the ECB’s own vested interest. If banks (and, perish the thought, non-bank investors) can be induced to buy SBBS instruments, then the ECB will have a pathway to reduce its €8.5 trillion balance by selling sovereign bonds into such securitisation structures.

If EDIS and SBBS meet with the approval of the new German government, they will be a major step towards banking union. Mainstream media will surely hail these proposals as some of the final steps in the careful stewardship of Europe’s financial system out of the Great Financial Crisis by the ECB and European Commission; steps which have the hidden benefit of bringing about “ever closer union” of a post Brexit mainland Europe.

However, the mainstream appears oblivious to the true fragility of the financial system. We believe it is leveraged to the point where even a minor shock might trip the system. Might such a shock happen in the foreseeable future?

A shock could come from any direction, but let us consider Italy as one possible source of a shock or two. Italy’s public debt is so large and its banking system so fragile that the next election (spring 2018) might ignite a further public loss of confidence in the established parties. There are three main concerns:

1. Italy’s sovereign debt and banking system are highly reliant on the continued functioning of the euro and its architectural “eurosystem” operated under the rules set by the ECB.

2. Although at the forefront of eurozone measures to ‘deal with’ its NPL problems, progress seems to have stalled.

3. Despite all the support from the ECB, Italian banks overtly fail and Italy refuses to apply the rules on bank resolution.

We present further detail on each of these three points.

Firstly, Italy’s weak economy and sovereign debt position. Recent research confirms that Italy’s balance of payments position is very weak with some €200 billion euros of capital outflows in each of the last two years. Hunt Economics observe that:
“Italy’s position is amongst the worst we have ever witnessed in 30 years of practical economics”.

There are few foreign buyers of Italy’s sovereign debt, the report charts substantial withdrawals of foreign capital since early 2016.

Secondly, progress on addressing NPL problems appears to have stalled. As we explained, the focus of Italy’s financial elite (the Treasury, Central Bank and regulators) has been to help banks access ECB liquidity facilities by way of securitisations of non-performing loans. About 30% of the entire eurozone’s € 900 billion of non-performing loans are on the books of Italian banks. Although the most senior tranche is expected to be purchased by the troubled bank undertaking the securitisation, it is capable of being exchanged for new cash euros via the ECB’s repurchase rules. This is engineering, pure and simple, enabling bust banks to continue at the expense of all holders of cash euros. But NPL securitisation are perhaps becoming difficult to execute. Monte dei Paschi, having been nationalised in December, was expected to have been relaunched by now based on various recapitalisation measures, one of which was to securitise some €28 billion of NPLs. It is rumoured that expected buyers of the B bond (ranking subordinate to the senior bond) have baulked at the terms offered. Continuance of NPL securitisations by Italian banks critically depends on B bond buyers participating in the deals.

Thirdly, concerns are growing about Italy’s disdain for the rules requiring that it submits its failed banks to the resolution process known as the Single Resolution Mechanism, and set out in detail in the Bank Resolution & Recovery Directive. At a September conference in London, high profile investors, central bank representatives, banking lawyers and related professionals debated the question as to whether Italy’s €17 bn taxpayer bail-out of the two Venetian banks upon which we reported in July has fatally undermined the BRRD. At this conference there was broad consensus that the BRRD rules have not been followed either by Italy or Spain. The two Venetian banks were the beneficiaries of a bail out in all but name; the takeover of Spain’s Banco Popular by Santander was likened to Lloyds Bank’s disastrous takeover of Halifax Bank of Scotland in 2008. The fact that multiple lawsuits have been filed by holders of equity and junior debt against the EU and the Single Resolution Board, complaining that large depositors and senior debtholders were not bailed in, has reinforced investor concerns that the BRRD is in trouble and that national governments within the eurozone will do everything in their power to bail out favoured banks.

Italy’s prominence in flouting the bank resolution rules sits uncomfortably with its dependence on other rules from which its banks benefit, such as the ECB repurchase rules. It continues to lean heavily on every element of the ECB’s eurosystem architecture, including TARGET2, to continue to fund its banks and sovereign debt requirements, given that foreign investors have lost confidence. Furthermore, it has been reported that Italy has asked the ECB for special exemptions from the new accounting rule for expected loan losses when this rule (IFRS9 ) incepts in January 2018.

The European Commission’s two expected new proposals, EDIS (common deposit insurance) and SBBS (bulk securitisation of sovereign bonds acquired by the ECB under QE) aimed at advancing banking union in the areas of common deposit insurance and securitised sovereign bonds, are a combination of pure engineering and the creation of claims on the two net creditor countries of the TARGET2 system, Germany and the Netherlands. Either of these new measures could apply too much pressure on leaders like Mrs Merkel who could struggle to keep the Free Democrats onside, especially given the build-up of pressure in Italy. If the EU and ECB encounter political resistance to their plans, or if the markets harden against Italian banks, the consequences could be a systemic shock.

The Political Economy of State-Owned Lotteries