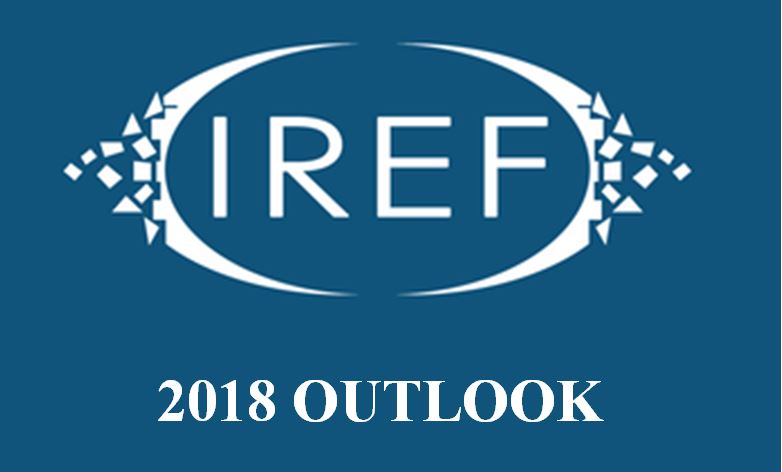 Despite their shortcomings, European banks do not seem on the verge of collapse and few commentators, analysts or policymakers think that there will be any systemic wobbles in 2018. We do not necessarily disagree; with ECB interest rates still zero to negative and a raft of generous credit facilities open to banks on softish terms there is little doubt that monetary policy has helped and will continue to help Europe’s banks. We would venture to say that supporting the banking system has been the main objective of ECB monetary policy for a decade now. Keeping rates at around zero not only ensures that mark-to-market profits are maximised, but also enables banks whose depositors might have lost confidence and withdrawn funds to fill the gap by borrowing from central banks at no cost.

The opposite view is that banks are struggling to make money in this low interest rate environment and that profits will rise when rates increase. There are three difficulties with this counter. Firstly, the market for high quality lending business remains very competitive, not least because low rates have helped many banks stay in business that might otherwise have folded. Secondly a raft of fintech businesses have emerged seeking to pick off this ‘low hanging fruit’. Fintech businesses of course have low overheads. Many are targeting the SME market. Larger corporations with internal treasury functions have always been able to borrow at skinny margins. In the retail market the European Union’s new Payment Services Directive will make it easier for third parties, with the customer’s permission, to access secure information and initiate customer payments. This is expected to put pressure on large banks’ pricing power, pushing them closer to market average pricing. Thirdly, the argument assumes that banking is in a relatively stable condition, when in fact some reasonably significant banks in Italy and Spain failed but were rescued via emergency takeovers during 2017.

Even in Germany, Deutsche Bank’s woes are still making news early in 2018, and surely it is not in very different shape now than it was about a year ago when serious investors were betting that it might fail. Latest news is that Deutsche Bank expects to post its third consecutive annual loss. Ironically the trigger for this announcement was the US corporate tax rate cut from 35% to 21%, which has correspondingly reduced the value of Deutsche’s deferred tax assets in the US – the value of its carried forward losses.

Loss making announcements by major banks are no longer particularly newsworthy. There have been dozens of “shock” loss announcements in the past few years, but apart from exceptions such as Monte Dei Paschi, and Spain’s Banco Popular, all the troubled banks are still standing. Furthermore, the main reason why the general media has downgraded the importance of financial results is that, whilst investors focus on profits and losses, policymakers are primarily interested in the solvency of systemically important major banks.
Policymakers’ therefore tend to ignore annual accounting results and rely on bank supervisors’ assessments of the health of their supervisees via stress tests.

Stress tests naturally assume a hypothetical loss-making scenario, and endeavour to test whether each bank is sufficiently well capitalised to withstand the scenario. Solvency is assessed by measuring capital adequacy using two ratios, the Risk Weighted Assets ratio and the Leverage Ratio. Stress test sceptics point out that these tests have a poor track record, that the stress scenarios are not as severe as described by the relevant supervisor, and that major banks such as Dexia (Netherlands, 2011) and the two Cypriot banks (2013) passed their tests shortly before declaring insolvency. These observations are not new, and we continue to be concerned that banks are hiding losses within the valuations of their assets; an example of this is the exaggerated valuations of non-performing loans.

One new point does however emerge from the Stress Test report published recently by the Bank of England. The calculation basis of the Leverage Ratio has changed. Readers will remember that this solvency assessment tool was introduced in 2013 in response to widespread acceptance that the Bank of England’s own research demonstrated that the Risk Weighted Assets (RWA) denominator of the main capital strength measurement tool was easily gamed and therefore could not be trusted. Specifically, the Bank produced data for UK banks in the years leading up to 2008 showing banks’ RWAs falling substantially despite the obvious fact that risk was increasing. The Leverage Ratio was welcomed globally because its denominator – “Leverage Exposure” – was presented as some measure of banks’ total exposure, unweighted. We were surprised to note that the Bank of England decided last September to exclude from this measure UK banks’ deposits held with itself[[See ‘Financial Policy Committee statement’ from its meeting, 20
September 2017;
www.bankofengland.co.uk/publications/Pages/news/2017/009.aspx]]. At first sight this seems an innocuous change since the central bank is obviously the safest of safe havens, but that is not the point. The point is that this change represents the introduction of risk weighting into a solvency tool whose raison d’etre was supposed to be the absence of risk weighting. No explanation is offered as to why this exposure measure should be reduced in this way, which invites the conclusion that, had the change not been made, one or two banks may have struggled to demonstrate capital adequacy under stress as measured by the Leverage Ratio.

So much for the denominator side of the capital adequacy ratios. A second concern about stress test reliability arises on the numerator side of the Leverage ratio. This numerator, a measure of capital called Tier 1, is a somewhat looser measure than the “core” capital measure used in the RWA ratio. Up to 25% of Tier 1 capital can be composed of liabilities that are not generally deemed to be core equity. In practice, contingent convertible bonds (known as “cocos”) account for almost the entire difference between core capital and Tier 1 capital. We have written about cocos in 2013. The market has grown rapidly, over $500 billion of these hybrid liabilities are in issuance worldwide. Cocos are perpetual, deeply subordinated liabilities that pay a coupon substantially higher than senior debt.

The investor’s downside is that if the bank gets into difficulty not only will the coupon cease to be due but also the coco will either convert into equity or be written down potentially to zero. Put differently, investors can be ‘bailed in’ and therefore it is argued that struggling banks can be recapitalised. The circumstances in which bail-in can happen are set out in contractual “triggers”, nearly always based on the issuing bank’s core capital to RWA ratio falling below a threshold, typically 7%. There are two reasons why concerns are growing that cocos should be treated as debt, rather than capital. Firstly, there are powerful arguments to suggest that the triggers are set so low that, if triggered, the bank would already be in resolution and could not be saved, the bank would already be a “gone” concern. Secondly, although the triggering could be either a) automatic, i.e. when the unsatisfactory RWA ratio is reported, or b) subject to the bank’s regulatory supervisor’s discretion, ALL cocos issued by UK and European banks provide that regulators have this discretion, and none will trigger automatically. It is easy to see why cocos have proved so popular with investors; they consider the risk of the triggers being pulled to be low. Kevin Dowd puts it succinctly:

The implication is that cocos should be regarded as debt, not capital instruments. Regulators already have the discretion to bail in debt at every level of the liability side of the balance sheet and cocos are insufficiently different to qualify as Tier 1 capital. They merely introduce more leverage into banks.

Although the outlook for banks in 2018 appears stable, banks face continuing challenges on the liability side. For reasons of space we have highlighted cocos, but we will keep a close watch on depositor adjustments and changes in Target 2 imbalances which indicate capital flight.

On the asset side, 2017 was all about RWA reductions and sales or securitisations of non-performing loans. This trend will continue, but the biggest challenge for European banks this year will be to get their remaining assets to perform and protect their net interest margins from fintech businesses and other disrupters. We suspect that the ECB will want to see considerable progress on these fronts before it risks attempting to normalise rates.

We will also closely follow political developments, particularly in Germany and Italy, which will have a bearing on the outlook for debt mutualisation, and both banking and capital markets union.

Can a new tax save the NHS?