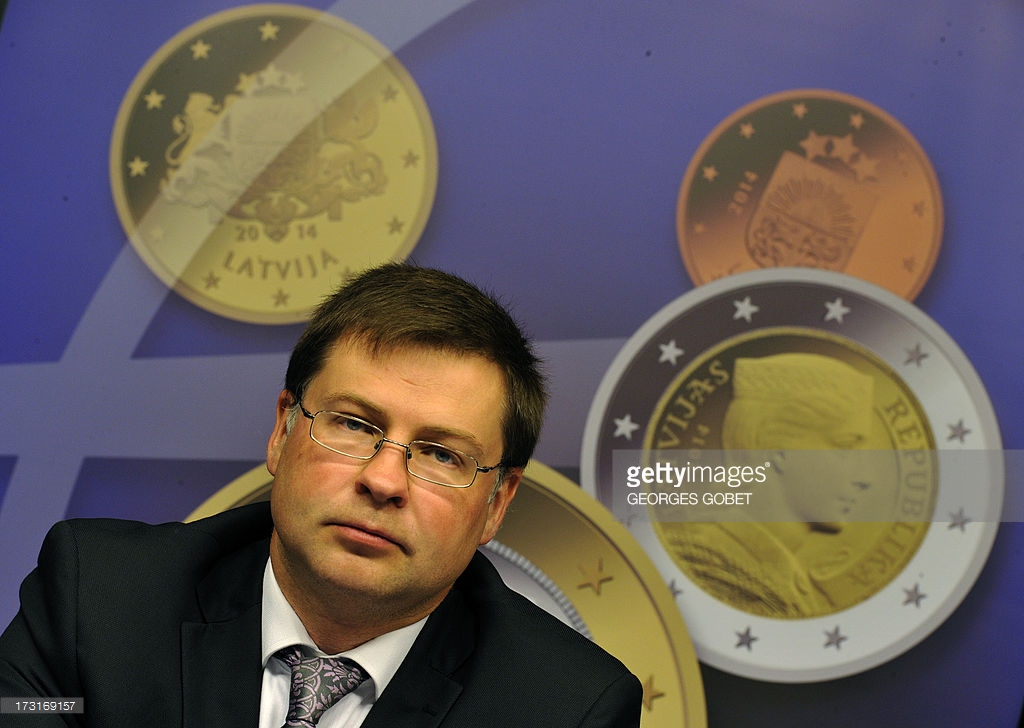 February 10th was the fourth anniversary of David Cameron’s “Bloomberg Speech” in which he promised an ‘in or out’ EU membership referendum if re-elected in 2015. This year, the EU’s Commissioner for Financial Stability, Financial Services and Capital Markets, Valdis Dombrovskis gave the annual Bloomberg lecture. It was entitled “Towards a Capital Markets Union”.

Commissioner Dombrovskis’ speech resolved to an assurance that problems in Europe’s banking system are now under control; there are one or two ongoing issues but thanks to a new internationalized approach, the EU has been able to save Europe’s banking system. These problems were too great to be capable of solutions at the level of national governments, but thankfully the EU exists and has been able to turn the banking system around, a remarkable achievement. One of your correspondents was in the audience and made three observations upon which he sought the Commissioner’s response:

1) Surely it is unfair to describe banking union as almost complete? Germany will never agree to banking union. It is more accurate to describe banking union as frozen at the level of common supervision. But as the Banca Monte dei Paschi di Siena (BMPS) failure demonstrates, supervision cannot save insolvent banks.
2) The Commissioner was enthused about the close relations he has helped to engineer between supervisory bodies in Europe and their US counterparts. This is also untrue. It is public knowledge that the IFRS accounting standard authority, the London based International Accounting Standards Board, and the US authority Financial Accounting Standards Board, fell out acrimoniously in 2014 and are today barely on speaking terms. The root of the breakdown was the matter of accounting for future expected loan losses. The IASB insisted on pressing ahead with IFRS 9 which expressly ignores all future losses expected to occur after one year. The US standard more properly takes a whole life approach.
3) Commissioner Dombrovskis has hailed as new and working a “private sector” approach towards dealing with failed banks, termed the Single Resolution Mechanism (SRM). Surely this is also misleading; the December nationalisation by Italy of BMPS suggests that the SRM mechanism will never be triggered for favoured large banks.

The Commissioner’s reply was very brief. He countered with:

1) There is “more work to be done” in order to complete banking union.
2) More work is also “being done” on IFRS 9.
3) Good news on BMPS. In recent days, the Commissioner had privately received official confirmation from the European Banking Authority that BMPS is solvent. This was news to everybody.

Readers will have their own view about how close we are to a complete banking union.
Implementation of accounting standards is rarely front-page news, but the Commissioner’s reply was misleading, to say the least: Work on the standard is complete and it is being implemented. The audience gasped with surprise at the BMPS point.

So what?, we hear you think. Your authors are aware that few readers will be surprised by the Commissioner’s speech; yet another senior European politician turned bureaucrat once again displaying brazen chutzpah. Do not many central bankers and regulatory officials issue sweeping assurances every day? Were he to take a different line, there might be bank-runs or riots. In any event supervisors, central bankers and commissioners often regard themselves as immune from any reproach, untouchable.

Perhaps things are about to change. Recent events in Spain might provide a wake-up call. Central bankers including the former deputy governor of the Bank of Spain (Miguel Angel Fernandez Ordonez), the ex-head of the IMF (Rodrigo Rato), and a current very senior official at the Bank for International Settlements (Fernando Restoy) are among 65 individuals who are either on trial, or have been called to testify (with a warning that charges may follow), after a multi-year investigation into the corrupt authorization of the public launch of Bankia in 2011. This was launched, to sweep up the carcasses of seven failed large banks, despite multiple cautions from the Bank of Spain’s own investigators that Bankia was “unviable”. Its accounts showed a healthy profit of €300 million just before launch when in fact it was haemorrhaging losses.

This case will hopefully prove a salutary lesson for central bankers and supervisors throughout Europe.