Copyright 2022 IREF Europe
Home » Ten Years from the onset of the Great Financial Crisis. What has been reformed?
IREF Newsletter 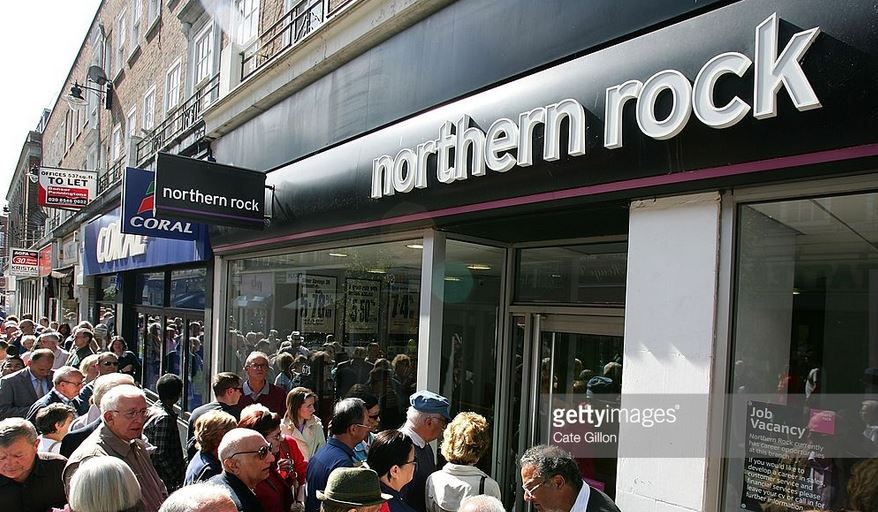 Ten years on from the late summer collapse of first Paribas’ money market funds and then the failure of the UK’s Northern Rock bank, the media have published a raft of reviews reflecting on the past decade of banking reforms.

Central bankers were quick to use the anniversary to make grand claims as to how effective their reforms of the financial system’s 2007 ‘fault lines’ have been. The global Financial Stability Board jumped the gun by about a month – the generally accepted starting point with Paribas was early August 2007 – when in early July they issued press releases backed by a short video called “Safer, simpler, fairer”. The message conveyed directly to the leaders of the G20 before their July meeting in Hamburg. Mark Carney’s letter to the G20 left no room for doubt:

“A decade after the start of the global financial crisis, G20 reforms are building a safer, simpler and fairer financial system. The largest banks are considerably stronger, more liquid and more focused.”

The video contains some details supposedly supporting these claims. Opening with the observation “If the financial system cannot withstand economic shocks, the results can be catastrophic”, it attempts to summarise in five minutes why the viewer should be confident that the FSB has everything under control.

In support of their claim “safer” the FSB repeat the assertion that, thanks to them, banks’ balance sheets use ten times the capital now than they did ten years ago. But this claim is nonsense. The way that both bank capital and the liabilities to which banks are exposed are measured today is different from the measures used in 2007. The only vaguely comparable way by which we can compare the “safety” of the banking system today with 2007 is to look at leverage; the respective quantities of debt versus equity on the liability side of banks’ balance sheets. As we have previously explained, leverage levels today are not much different from those in 2007. We are therefore confident that the “ten times” claim is demonstrably false.

The FSB’s assertion that the financial system is “simpler” is based on their claim that because the bulk of the $500 trillion derivatives market were contracts between banks meant that panic and distress spread rapidly as soon as one large bank failed – nobody knew who would be next. The G20 reforms now mean that derivatives are now settled with central counterparties; these are new non-bank institutions that are part of the financial system architecture. But of course, this merely backs derivatives with new institutions supported by public funds and in that sense institutionalises future bailouts.

Finally, the FSB claim that the financial system is “fairer.” The FSB states that because they were too big to fail they had to be bailed out. Here the FSB want to tell us that bailouts have been replaced with bail-ins of creditors and large depositors. Of course the FSB know that bailouts are presently happening, for example Monte dei Paschi and other Italian banks which we recently reported, so the text here carefully expresses this reform as a future aspiration.

The enormous PR campaigns of banks and supervisors such as the FSB have worked, and the banking system appears to many educated observers to be much more stable now than it was in 2007. Neither central bank policymakers, bank supervisors nor politicians have any interest in the public believing otherwise. But it is worth recapping the three main indicators of the fragility of banking, all of which have been deliberately left untouched by the reforms about which the FSB so proudly boasts:
i) The absence of an interbank market. A thriving unsecured interbank lending market is the main indicator that banks are in decent shape. The fact that banks today only lend to each other on a secured basis is proof of the continued weakness of the banking system;

ii) Ongoing quantitative easing (QE). If Europe’s banks have been reformed and recapitalised, why does the ECB need to buy €60 billion of financial assets from banks each month? The absence of interbank activity (point (i) above) goes unnoticed because QE together with other ECB liquidity operations has crowded out the Interbank market;

iii) Accounting for derivatives. Because of the scale of the problem, regulators have chosen to turn a blind eye to the most obvious accounting error which was a huge factor in the GFC – the recording of derivatives exposures. Given that most derivative contracts between banks are unsecured until market prices have moved – it is wrong to account for an exposure that Bank A has assumed with Bank B, to be deleted from its exposure measures when it enters into an offsetting derivative contract with Bank C because Bank C’s ability to provide collateral in the future is unknown. The correct accounting would be to record two gross exposures and note that they become partly collateralised when collateral is actually exchanged. A further accounting error is that the bulk of the future hoped for profits under derivative contracts are still booked as profits, and therefore included as “core capital” on the day that the contract is executed, rather than booked over time as profit is earned.

The Changing Stance of the Media since 2007
The media deserves credit for debating the wisdom of the original bailouts at the time. If banks had been allowed to collapse and governments had just honoured the deposit guarantees would this truly have been catastrophic? Payments would of course have been disrupted but would the entire financial system have seized up for a substantial period of time? However, for a while the bailouts appeared to be working and the media changed its focus to more specific misconduct stories, such as banks colluding to defraud customers with practices such as Libor fixing.

But when the costs of rescuing banks visibly caused Ireland and Spain to beg for sovereign bailouts, and as the Greek crisis (not specifically bank related) reminded everyone that the eurozone is by no means a permanent fixture, the media started to make the connection between bank bailouts and the continuation of the euro itself. Of course, the eurozone has remained intact primarily because politicians have difficulty in conceiving of alternatives to the euro. ECB President Draghi managed to win approval from his critics to introduce quantitative easing to Europe in 2015. At the August 2017 gathering of central bankers at Jackson Hole, many speakers struggled to see an exit strategy for this policy. But President Draghi spoke glowingly about its success and yet there is little sign of exit plans.

Perhaps changing trends in media such as the spread of free multichannel media have resulted in more junior and less qualified writers covering banking. Whatever the reason, since about 2014 the media have generally reported almost uncritically the type of banking reform nonsense such as the FSB’s July video. They do this despite the steady volume of detailed, factual, high quality research by impartial experts such as Anat Admati highlighting serious bank supervisory policy mistakes. One example is her work disproving the FSB’s claim that it would be wrong to require banks to use “too much” capital because the cost of this overcapitalisation would be borne by bank customers.[[Admati A. and Hellwig M., The Bankers’ New Clothes, Princeton University Press, 2013, pp 97-99.]]

Sadly, the work of Professor Admati and other public-spirited analysts receives minimal mainstream media coverage, and the public seem to have been led along by the central bankers into believing that banks have been reformed and monetary policy is working just fine.

Conclusion
Perhaps we should be kind and forgive the press because this is all too complex. But banking is in essence very simple. There are only two banking ‘products’; loans where cash flows out on day 1 and flows back in on a future date, and unfunded exposures (such as guarantees and derivatives) where cash flows in or out depending on the circumstances. Everything banks do on the asset side of the balance sheet is a variant of these two. There is nothing complex about banking. Central banks and bank supervisors have let everybody down by playing along with the super-complexity theory of banking. They have become cheerleaders for the banking industry which in turn have become an even less accountable, cartelised, elite group of state supported businesses.

With interest rates locked in at the zero bound and most European governments debt well above levels considered sustainable by the International Monetary Fund, we expect there to be a policy decision soon which triggers a new phase of deleveraging, the beginning of a recognition of the lack of effective reforms and the raft of policy mistakes over these ten years. If and when Europe stops bailing out banks, it is likely that deeper problems will be revealed.