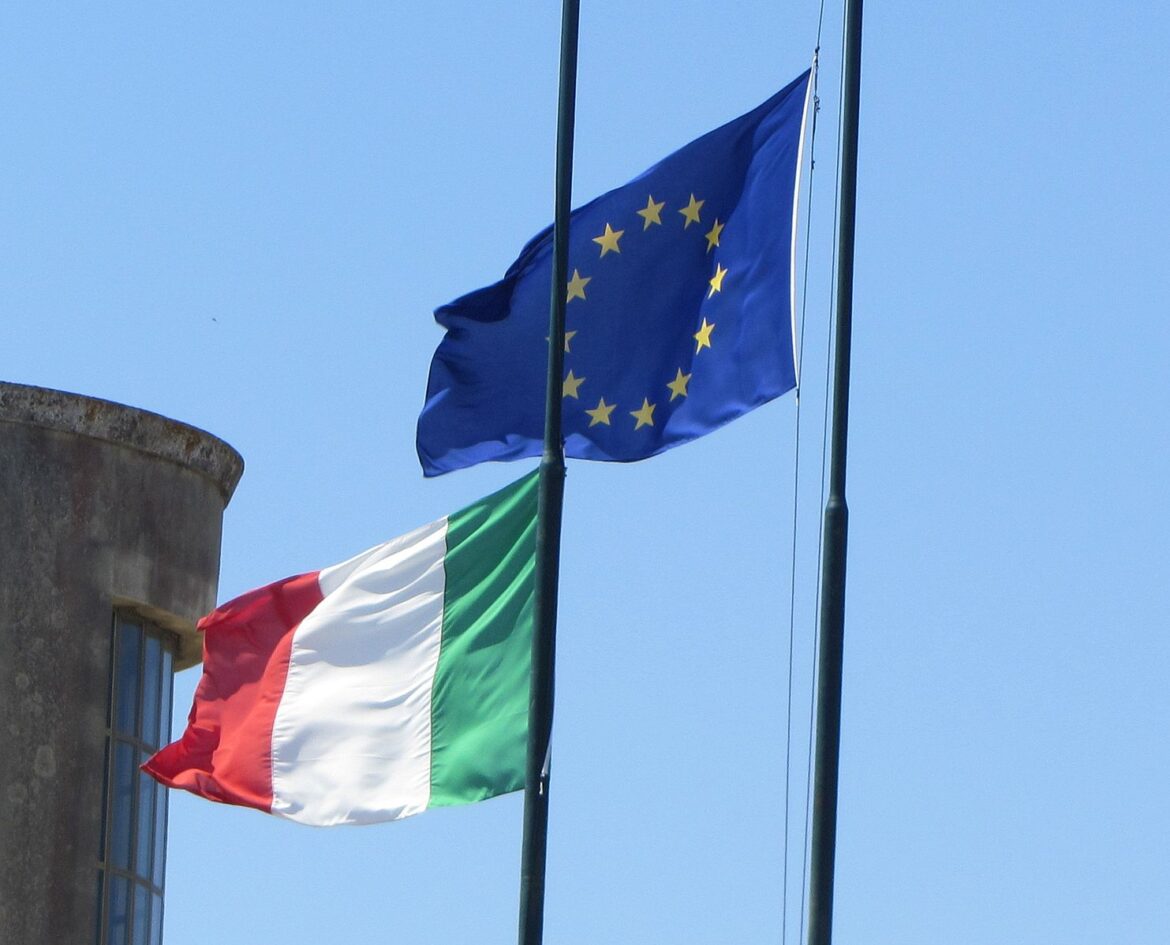 Why all the fuss?

The nub of the dispute is Italy’s budget plans, which have been rejected by the European Commission (EC). The budget claims to increase public indebtedness by 2.4% in 2019 rather than the previously approved figure of 1.6%. However, the EC is unhappy about the violation of the previous agreement, and last week announced that it actually believes the increase will be 2.9%.

In October, Italy refused to change its 2019 budget, but released proposals to reduce its deficit to 2.1% and 1.6% of GDP in the subsequent two years. So whilst signalling that it seeks no war with the EC, the Italian Government politely advertised its determination to hold its ground. ECB President Draghi announced that a compromise will likely be found, whilst pointing out that the ECB is still a major buyer of Italy’s government bonds. Other commentators point out that although Italy’s public debt is high, it currently consumes only 3.4% of GDP per annum in debt service costs.

The positions are now entrenched. The reason for the tension is simple: ever since the crisis of 2012, all Eurozone member states have broadly respected the fiscal rules of the Stability and Growth Pact (SGP). And the EC does not intend to tolerate the frequent deviations that took place before the crisis.

What are the likely next moves of each side?

The SGP, administered by the European Fiscal Board (EFB) limb of the EC, is not only very detailed but also highly judgmental regarding budgetary calculations. According to the rules, when a national economy experiences an ‘output gap’, its forecast GDP should be adjusted for its future potential. The resultant ‘potential GDP’ should be used as the denominator in the debt and deficit/ GDP compliance tests. Two interesting points follow:

2) Since the March changes, the EFB has become embroiled in multiple bilateral negotiations with other member states. Everybody knows that if the EC/EFB back down with Italy, they will have scant ability to restrain the budgets of these others. For this reason, rule bending to help Italy now looks unlikely.

What is the EC likely to do? The SGP consists broadly of two parts – the Preventive Arm and Corrective Arm. Each provide the EC with a broad array of tactical options which can be deployed as the politics of the situation develops. If the dispute remains classified as a planning matter, it is likely that the EC will use the processes, deadlines and ultimately sanctions afforded it by the Preventive Arm, whereby it could request not a fine, but an ‘interest bearing deposit’ of up to 2% of Italy’s GDP. A more aggressive tactic would be for the EC to declare (after warnings and deadlines) that Italy is in “Excessive Deficit” territory, where the sanctions are greater- an actual fine of up to 5% of GDP.

From Italy’s side, taking on the might of the Commission and these SGP rules looks very risky, but it appears that the government is counting on its domestic popularity and hopes of increasing its power in the European elections in May 2019. It therefore seems happy to ignore the warnings of high profile politicians in France, Germany, the Netherlands and Austria.

Of course, the EC is likely to work closely with the ECB in deciding when and how to apply pressure. The ECB’s powers to restrict liquidity to Italian banks are similar to those it deployed so effectively in 2015 to bring the Greek government to heel. But the present Italian government has presumably calculated that the ECB cannot risk igniting a visible Italian banking crisis even if the wider political and economic climate was dead calm. With Brexit dragging along interminably, Poland and Hungary causing other problems, and with the ECB’s asset purchase programme scheduled to end in December, the timing could hardly be worse. We therefore believe in the ECB’s assurances that it will continue to support Italian banking. The stress tests of these banks broadly gave them another pass. So surely everything is under control and one way or another tension will be defused?

Why we think this situation is more serious; the lack of reliable bank accounts creates the risk of a major blunder.

Most market practitioners focus on spread levels on Italian bonds. They believe the EC and the ECB have the power to gradually apply the thumbscrews, and that Italy will only fight until spreads reach dangerous levels, say 500 basis points above Germany’s bonds. At this point, it is argued, Italy will be scared into submission for fear of being unable to refinance maturing and required new debt. We disagree.

Since 2012, Europe’s financial authorities have survived every challenge by increasing and consolidating their powers. But in truth these powers have never really been tested in a fiscal planning showdown with a major member state government. Europe’s financial authorities would have everyone believe that banks are no longer a systemic threat. However, there is plenty of 2018 evidence to support concerns:

-In June, the European Banking Authority called for loans backed by any mortgage of real estate to be exempted from global banking rules, i.e. treated as riskless;

-In February, we noted that Italy’s plans for a ‘market based’ recapitalisation of banks via non-performing loan (NPL) securitisations appears to have failed.

More detail on the last point. Hedge funds and other market investors who were initially attracted to high yielding junior bonds no longer appear interested even at supposedly fire sale prices (as low as 13% of face value). This suggests the assets are worth even less. For example, two NPL portfolios lined up for sale by way of securitisation by Unicredit via its 2017 “FINO” project, were expected to generate euros 2.2 billion from bond sales secured on euros 17 billion (face value) of loans. Investors only bought about a third of the bonds, which had been tranched in such a way that Unicredit retained the riskiest securities. The second of the two portfolios has – after 2 years of structuring work – not even been rated, implying that the securitisation is a permanent failure. As a result, Unicredit today owns 49% of the securitisation company which owns the NPL portfolios, and also lends this company about euros 1.5 billion. Perversely, despite this ownership and debt relationship, the FINO company has been deconsolidated from Unicredit’s balance sheet and the lending to it treated as ‘performing’. This is Enron accounting.

Here we see the chance of a possible blunder. If the ECB seeks to support Italy’s banks but not its government in a worsening bond market, and prevent contagion around the eurozone, it will have its work cut out. So much effort has been spent on embellishing the supposed health of these banking patients that the doctors may find on closer inspection no evidence of any heartbeat.

Conclusion – Nobody owns the Euro

It is often said that financial markets rely on confidence. This standoff threatens the present fragile confidence in the ECB and may in time expose the unappreciated weakness of Europe’s financial system. Perhaps Italy’s government understands this but does not care. Or perhaps it is a strategy to get out of the previous inherited fiscal straitjacket and, if all else fails, issue a parallel currency and reject EC fiscal instructions. The existence of this possibility reminds us that the euro project is widely regarded as standing on shaky foundations and unconsummated. Put differently, the euro belongs to European institutions of questionable legitimacy, rather than to nation states. The question which remains is how will the euro survive if these institutions become weakened?