To what Extent Can the ECB Override Financial Markets?

Towards the end of August, every year investors focus on the Jackson Hole conference of the central banking global elite. Given widespread acceptance among central bankers that non-temporary inflation is now embedded in all major western economies, investors subjected the contribution of Jay Powell, Chairman of the Federal Reserve (‘Fed’) to even greater rigour than usual. Unfortunately, the outcome consensus was unanimously bad for stocks; the Dow fell 1,000 points the following day. Why? Because Mr Powell made clear that inflation needs to be ‘fought’ with higher interest rates which will entail ‘pain’. He even mentioned ‘Volcker disinflation’. A reminder to younger readers; Fed Chairman Paul Volcker defeated inflation some 40 years ago by raising the federal funds rate from 11.2% when he took office in 1979 to 20% by June 1981.

Some of the world’s most prominent investors recognise that we could now be at a major inflection point for US monetary policy, and actually question whether the Fed will be able to reduce inflation. Will Mr Powell be able to go “full Volcker”? Ray Dalio of Bridgewater says no. After 40 years of gradually falling interest rates, of gradually rising stock and bond markets, of steadily rising real estate prices, politicians know that any aggressive policy tightening by the Federal Reserve would likely cause economic mayhem and may well tip over the banking system. Charlie Munger, aged 98, of Berkshire Hathaway, fears a great recession and agrees with Ray Dalio that modern politicians will not allow a ‘new Volcker’.

Both legendary investors expect more debt and money creation, leading to greater wealth and income inequality, and the emergence of political strongmen on the right and left. Ray Dalio says that such strong extremists will gain power over the middle grounders who will lose popularity because ‘middlers’ do not ‘fight’ for anything. This will lead to disorderly transition to a new order which may or may not feature democracy. Dalio predicts this transmission will be bumpy rather than smooth.

If Powell tries to emulate Volcker he will be removed and replaced with someone more dovish, someone more skilled at blaming inflation on extraneous ‘one-off’ factors like energy and Putin, someone perhaps a little more like ECB President Christine Lagarde. Seeking to explain why the ECB’s policy response to Eurozone inflation will remain softer, despite the recent historic 75 bp hike, than the US’, she informed a press conference that in Europe the inflation problem is different on multiple counts1, but her explanations are rather hollow (as we note parenthetically). Firstly, US inflation is demand driven whereas in Europe it is supply driven (what does this mean?). Secondly the labour markets are very different: there are three unemployed persons in Europe for every job vacancy whereas in the US there is only one unemployed person for every three vacancies (in Europe ECB policy has led to mass unemployment). Thirdly the ECB started its response from negative interest rate territory (here the ECB makes a virtue out of having buried its head in the sand for longer than the Fed). 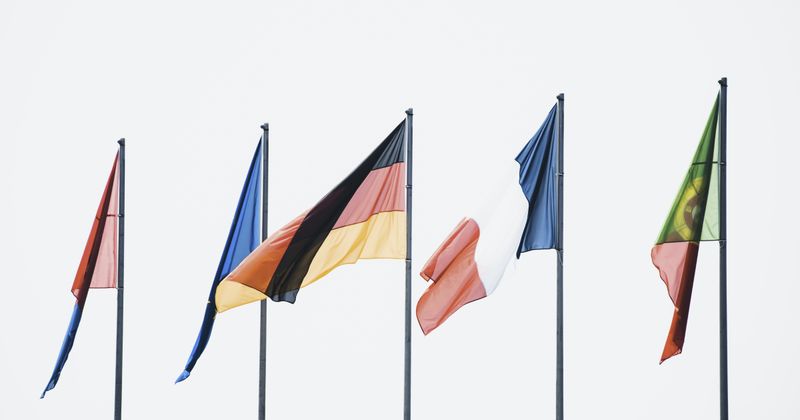 With inflation unquestionably embedded, Ms Lagarde continues to speak of addressing inflation as if it were a common Eurozone problem but the reality is wide internal variances; 8.8% (year on year) in Germany2, 14% Netherlands and 25% in the respected tech savvy and nimble economy of Estonia. The 75-basis points hike demonstrates, she said, that the ECB is ‘serious’ about inflation, and determined to ‘prevent a second wave’. But we are less convinced, surely these are just the soundbites du jour? Won’t the rate hike exacerbate member state inflation differentials rather than reduce the overall levels? We believe our skepticism is shared by two influential German voices.

In July3 we reported on the Transmission Protection Instrument, a new addition to the ECB’s toolkit. TPI is expressly intended to allow the ECB to override market prices of Eurozone member state debt securities. In a recent article for the Official Monetary and Financial Institutions Forum4, Mayer noted that after almost three months we still have no TPI operational detail. We have no knowledge as to the conditions under which the ECB may deploy TPI. The only clarity on deployment is a mantra: “TPI may be used to intervene if spreads widen in a disorderly and unwarranted way, which is not warranted by a country’s underlying fundamentals”.5 As Mayer points out, if the fundamentals do not warrant investors selling bonds of a member state at low prices, the investors will simply not sell. The condition is therefore a nonsense and reveals a combination of ECB panic and control freakery.

And of course, when TPI is deployed the only buyer will be Germany. Let us explain the transaction steps in the context of an example using Italy, because the reality is that TPI is all about Italy. The ECB has consistently indicated that it considers a spread differential of more than 3% between Germany and any other significant member state (nobody cares about minnows such as Malta) to be the danger level. Ten-year member state bond yields are as we go to press:

When Italy’s yield differential breaches a trigger level known only to the ECB, the ECB will authorise the Banca d’Italia to buy bonds with newly printed money. This will be nothing new, Italy’s central bank already owns some €740 billion (or 25%) of the country’s €2.8 trillion of public debt. But this will be the first time that such purchases have been conducted without any reference to size constraints or Eurozone wide ‘liquidity’ programmes. The seller of the bonds will transfer the proceeds to a safe haven eurozone country’s banking system; Germany. The TARGET2 (never to be settled) settlement system will record the transaction by increasing Italy’s existing €600 billion liability to T2 by the amount of this TPI exercise, the matching accounting entry being an increase in Germany’s present €1.2 trillion claim on T2 by the same amount. It is worth noting that Germany’s 1.2 trillion claim already represents 46% of the country’s net foreign assets, so if market actors incline to taking out short positions in say a further 25% of Italy’s public debt, then Germany’s claim would double and expose it to a total loss of its entire net foreign reserves should European Monetary Union fail.

Eyebrows were raised at the absence of ECB President Lagarde from Jackson Hole. We wrote in July that the ECB can fudge no longer, it now has to choose between tackling inflation and appeasing Italy in the manner set out just above. Ms Schnabel made it perfectly clear where Germany stands6

“Our currencies are stable because people trust that we will preserve their purchasing power. Failing to honour this trust may carry large political costs,”

…but this orthodoxy is likely to be strongly challenged by Italy’s new strongwoman, Giorgia Meloni, if as expected she gains power on September 25.

Power-wise Europe is indeed very different from the US; in the US elected politicians have the authority to restrain the Fed from emulating Volcker. In Europe there is no elected central power base, just a bureaucratic unaccountable Commission with whom the ECB consult, but in practice the ECB Governing Council can do whatever it likes. Everybody in Europe knows this, which is why the Bundesbank has consistently been snubbed regarding its objections to quantitative easing (incepted 2015), shared public debt (Next Generation EU Fund 2021) and now the TPI. But the result of this is the planned overriding of markets. Can the ECB succeed? Mayer is not so sure, likening TPI in today’s Economic and Monetary Union to the Exchange Rate Mechanism in the European Monetary System of 30 years ago. On 16 September 1992, the UK’s effort to override markets and keep sterling’s exchange rate in a band with Germany’s Deutschemark spectacularly failed. Maybe economists from Bastiat to von Mises and Hayek were not entirely wrong to envisage a role for price signals in capitalist economies.

1 Inflation in the United States is largely driven by demand but in the EURO area by supply!!! – YouTube

Digital Authoritarianism is on the rise: The threat to the U.S Data freedom approach