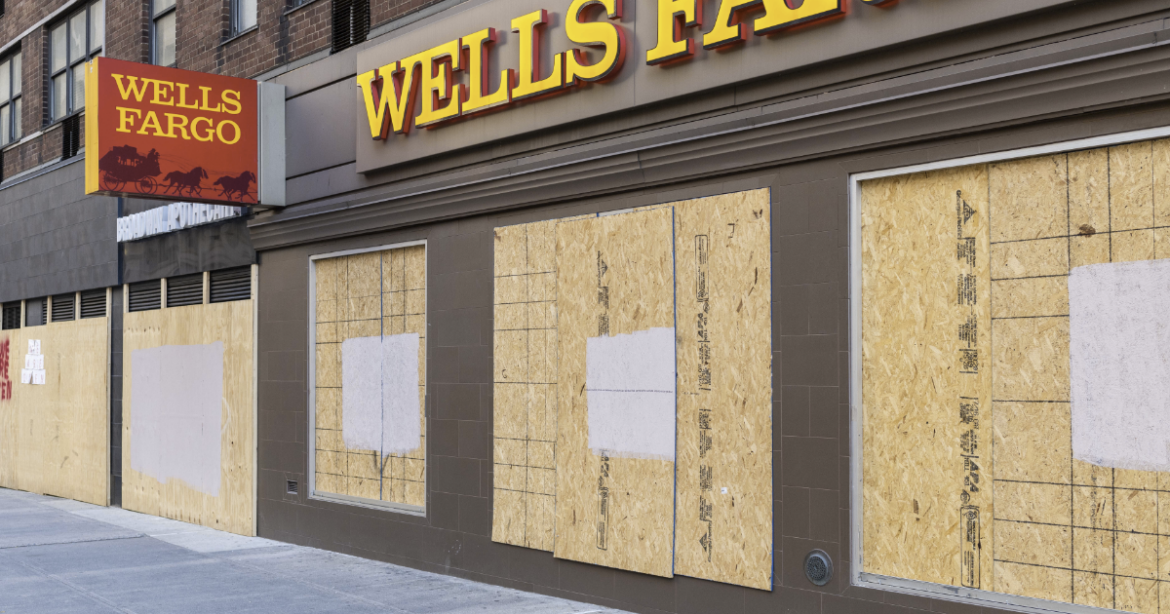 Whichever candidate wins the forthcoming US election, America’s big banks expect continuing concessions in the two key areas of monetary policy and bank regulation. Monetary policy looks unlikely to change much, with the Federal Reserve (Fed) under Jerome Powell committed to keeping interest rates lower for longer, trying to create some price inflation and growth. In terms of regulation, banks expect to be allowed to increase the sizes of their balance sheets. With little investor appetite for fresh equity, this implies a relaxation of the rules restricting leverage. Do banks prefer one candidate over the other?

In 2010 when the Democrats held power, the Dodd Frank Act was passed which was regarded as fairly tough on banks. Under President Trump, some of its harshest provisions have been relaxed. Smaller banks, those with assets of less than USD 10 billion are now fully exempt from the Volcker Rule; a regulation which restricts banks from trading securities for their own account. This rule, which also initially prohibited banks from owning hedge funds or private equity funds, was lobbied against by banks and has been steadily watered down. Although Democrats attribute this weakening of regulation to Republicans easily succumbing to bank lobbying, in fairness Dodd Frank is immensely complex and regulators considered it difficult to interpret and enforce without certain changes. 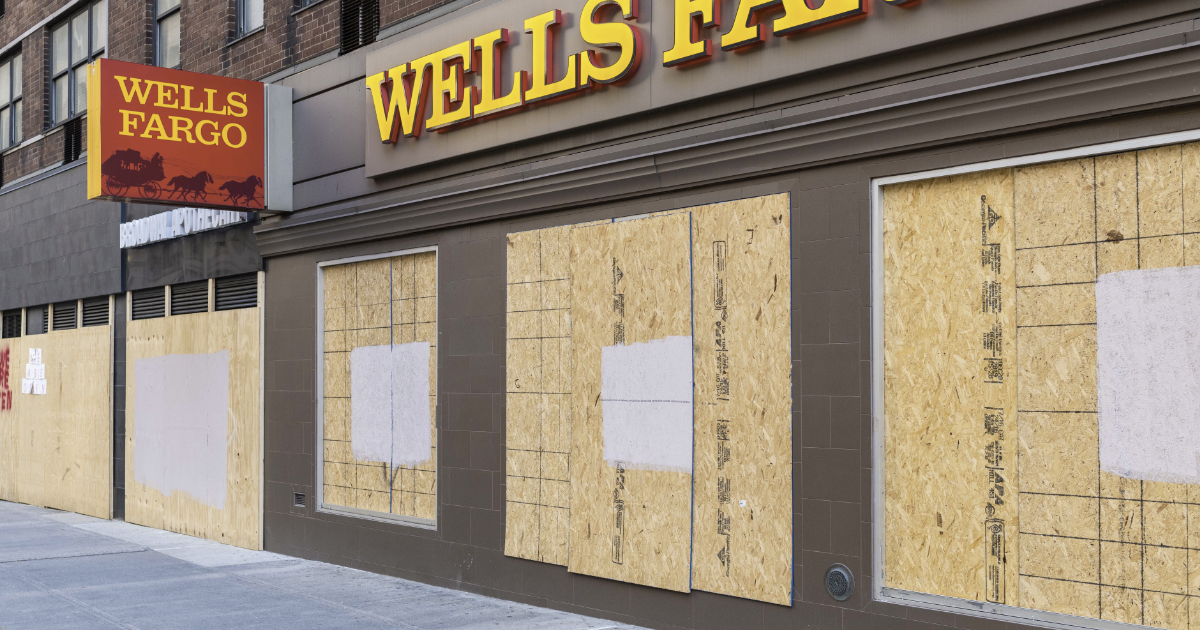 Another concession to banks under Mr. Trump has been on stress tests. In 2018, the balance sheet size threshold was lifted from 50 billion to 250 billion, so now only the very largest banks undergo stress testing. A current issue that will be focussing the minds of bankers on the election is the Community Reinvestment Act which encourages banks to lend in low income areas. Under a Biden presidency, with new officials installed at the institutions with rule making authority, it is feasible that banks could be pressured to increase lending and the level of provision of financial services.

However, the most important issue in the minds of senior bankers is likely to be the capital rules which directly drive the leverage banks are permitted to employ. The Fed knows that banks need bigger balance sheets in order to soak up or ‘refinance’ some USD 3 trillion of new debt. The Fed is likely quietly softening up both political parties’ leaderships. An important consideration will be the risk of market disruption if greater leverage is permitted. In this respect it is notable that stock markets have significantly greater faith in American banks than European ones. The average market capitalisation of the six largest US banks dipped to a low of 80% of book value earlier in the year but has now recovered to about par, in stark contrast to Europe’s banks whose share prices have fallen steadily for two years, such that on average their market capitalisation is around half of book value. The most valuable US bank, JP Morgan Chase is today worth around USD 300 billion, the largest Eurozone bank, BNP Paribas, is valued only at only Euros 50 billion. The authorities in Europe are worried and have announced that banks can break the Basel rules, eating into their capital buffers.

Despite the market’s confidence in US banks, these high share prices could also reflect the fact that, unlike in the UK or Europe, US regulators are allowing banks to pay out dividends to shareholders. On closer examination, the capital position of the largest US banks appears to be not so strong. A recent report from the Center for American Progress puts the position succinctly:

“Regulators could ….have raised the core capital requirements that remain static throughout the economic cycle. Instead of deploying any number of mechanisms to raise bank capital to more prudent levels, however, regulators have spent the last several years chipping away at key requirements.”

The report essentially maintains that, after ten post crisis years of economic growth, every opportunity that the Fed had to bolster bank capital was missed. One example is the counter cyclical capital buffer (CCyB); the Basel rules allow national central banks to impose an increment on top of the core capital requirements when credit risks are perceived to be relaxed in order to buttress such banks in times of economic downturn. The UK, France and Sweden activated the CCyB but the Fed never did. Further evidence of the underlying weak capital position of US banks lies in the two near market seizures in the past year.

Firstly, in September 2019 the Federal Reserve flooded the short term repurchase (repo) market with liquidity. It is believed that a Saudi Arabian investor sold a large position in US Treasury bills, pouring collateral into the repo market but draining it of cash dollars. Banks refused to lend cash to each other and, spotting an opportunity, money market funds stepped in, offering cash but at extreme prices – overnight rates touched 10% per annum equivalent. The Fed quelled the storm. But if this can be described as genuine “lender of last resort” (LOLR) activity, the events of March this year were different. The Dow Jones index fell steadily from 29,551 on February 12 to 18,321 on March 23 when the Fed stepped in and announced a swathe of asset purchase programmes. Some commentators view this date with hindsight as Jerome Powell’s “do whatever it takes” moment; it clearly goes beyond LOLR.

What further measures might US authorities consider to facilitate greater leverage? They might take a leaf out of the European Banking Authority’s (EBA) book. In August, the EBA announced that ‘prudently valued’ software assets can be added back to bank’s core capital numbers and amortised over two years. This decision was surprising, particularly given that even the EBA stated that such software assets are “very unlikely to have value from an own funds CET1 [[Core Equity Tier 1]] perspective”. Further, there are many examples of new fintech startups failing, whose software assets are never sold for anything close to their balance sheet valuation as an intangible asset.

Given recent regulatory concessions under President Trump one might expect Wall Street to be calling for him to be given a second term of office. However, if the personal contributions from executives are anything to go by, recorded donations indicate that JP Morgan Chase, Bank of America, Citi, Wells Fargo, Goldman Sachs and Morgan Stanley are likely to favour Mr. Biden, who has attracted three times more money than his adversary. Perhaps Mr Biden is viewed as a stabilising influence in a country ravaged by increasing civil unrest. After all, with monetary policy at its most accommodating, and tighter bank regulations highly unlikely, US banks could be warming to the Democrats simply because their view of the world is more globalist, and because domestically they just want society to be calmer. However, if Mr Biden wins, and concerns about overextended US banks resurface, senior Democrats, with a track record of bank bashing, such as Bernie Sanders and Elizabeth Warren, will be closer to the levers of power.

Photo by Jack Cohen on Unsplash 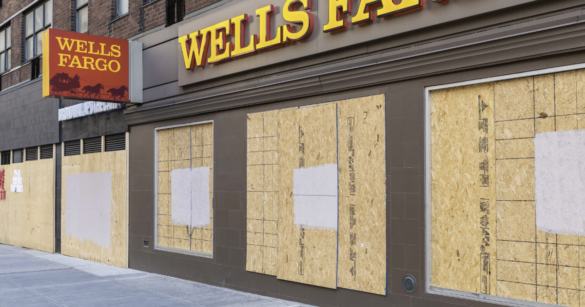 Do We Need Direct Internet-Centred Democracy?