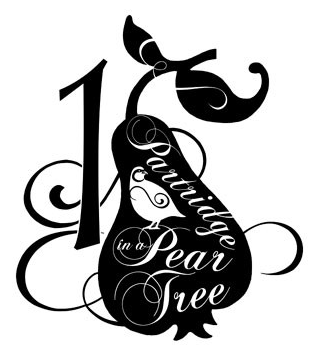 A partridge in a pear tree, the famous gift of the first day of Christmas, is at the centre of an EU fiscal paradox: European taxpayers are paying for extensive programmes to protect the habitat of the dwindling species. At the same time, they are fiscally forced to help to destroy partridge’s habitat through subsidised conversions into farmland and suburban development.

Partridge in Europe is dwindling

While it is reasonably thriving on the American continent (where it was introduced artificially), the Grey Partridge (Perdix perdix) has been suffering greatly in its European homeland. In the UK, for example, its numbers have declined by about 90% in the last quarter century and it is Red-listed as an endangered and threatened species in the British Isles. In Ireland, the species were at one point down to mere 22 birds surviving on one single peat bog, and only through intensive conservation efforts have the number of partridges in Ireland risen to around 1000 birds.

Its mainland subspecies are not faring much better. The European Commission has included both the perdix perdix hispaniensis and the perdix perdix italica in “Annex I” of “Species Action Plans” for threatened species. As a result, partridges (and many other species) are the subject of various tax-funded programmes, including the EU Common Agricultural Policy (CAP).

Taxpayers are paying for its conservation

CAP once made up over a half of the total EU spending, and although its share was declining in recent years, in 2014 it rose back from 39% to 41%. Not all of this money directly subsidises standard agricultural output. Large sums are also available for an all-encompassing “Rural Development Programme” and many ecological initiatives such as Natura 2000.

Being an “Annex I” species, partridge qualifies for a special Natura 2000 funding. EU farmers cultivating land declared as a Natura 2000 site are generously compensated by taxpayers’ money for any changes in either extent and/or the technology of their agricultural production. The extent of this programme’s tax-funded compensations is not trivial: almost one fifth (18%) of total EU landmass is classified as a Natura 2000 site and receives compensation. Around 6 billion EUR is paid out to farmers under this programme alone, and there are many others like it, usually falling under the broad funding category called LIFE.

These payments have generally been justified by the Commission on public goods grounds. (Public goods are those from whose consumption nobody can be excluded and where availability is not reduced by anyone’s consumption.) Mere survival of species does not necessarily have to be publically funded: zoological and botanical gardens are good in this, and their visit is certainly not a public good (one can clearly be excluded). Knowing that the species also survive in their “natural habitat” may be a better candidate. The only trouble is, taxpayers are having to solve a problem towards which they were previously also forced to contribute.

Taxpayers are also forced to subsidise destruction of its habitat

There are two main threats to natural habitat: intensive farming and urbanisation. Both are greatly encouraged by government subsidies, and the latter is paradoxically also supported by government’s own “Red list” policies.

For most of the post-war period, EU’s CAP payments to farmers were based on production levels. This led to extreme intensification of EU farming and to habitat destruction. Although intensification has eased slightly in several recent years with the trend of slowly “decoupling” subsidies from production levels, this hasn’t done much to divorce land use from farming.

On the contrary, the interest now is to bring as much land as possible under “farming” since subsidies are nowadays paid per-hectare, not per-output. The Royal Society for Protection of Birds is clear that CAP “has helped farmers to produce more food, but wildlife has suffered” and is calling for substantial changes to this biggest EU subsidy programme.

The other main threat to natural habitat is urbanisation. Under normal circumstances, concentrated dwellings of people naturally attract further immigration because of the better economic prospects. Already from Adam Smith in 1776 we know that the “division of labour is given by the extent of the market”; concentrations of people therefore enable greater productivity through greater division of labour.

However, when governments subsidise (horizontal) transport infrastructure (not just roads but also public transport), horizontal spread of these concentrated markets (a.k.a. “cities”) is increased. Covering land with artificial surfaces through “urban sprawl” is the most quickly increasing land use in the EU and is substantially eating into natural habitats. (If the government wanted to encourage concentrated markets without destroying habitat, it should subsidise vertical, not horizontal transport.)

According to calculations by the urban economist Baum-Snow, for example, without the government building large highways in American cities, central city population would have grown by 8% between 1950 and 1990 instead of shrinking by 17% in favour of suburbs. (Total metropolitan populations have grown by 72%.) First study of this kind for Europe from this summer found that each highway built between 1961 and 2011 shrank inner cities by 10%.

Of course, some road infrastructure is essential to well-functioning cities. However, when it is paid out of general taxation, suburbanites do not bear the full cost of urban sprawl and therefore are doing more sprawling than if trunk roads were provided by the private sector.

Suburbia is not subsidised only by government roads. Governments spend also large sums on heavily subsidising public transport for commuters. Each new subsidised suburban railway line in the EU pushes further 2.5% of people from inner cities to new homes in the suburbs. It is no longer the governments’ Underground or the U-Bahn that dominate, it is now governments’ commuter trains and the S-Bahn. Suburbanites do not even need a car anymore to destroy partridge’s habitat.

This is the ultimate irony. Appearing on a “Red list” may actually be a death warrant rather than a (re-) birth certificate for a species. When governments impose massive restrictions on use of private land where red-listed species have been found, they encourage owners to try to make sure that no such species are actually found there. Wanton killings remain illegal, but converting the land to other uses (e.g. housing or commerce) before the species can be found remains an option. Such “preemptive development” speeds up habitat destruction on average by one year to avoid the government regulation. Woodland protected birds speed up harvest of their habitat by about 3 years on average as many woodland farmers switch from 80-year to 40-year rotation which decreases the chance of the government preventing the harvest.

As a by-product, these policies decreases the chance of any endangered species, including the partridge, surviving for the next generation of carol singers to see, in a pear tree or otherwise.