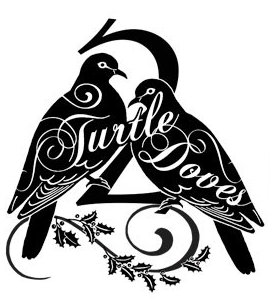 To replace the original sacrifice of two turtle doves, the biggest European authority in the Middle Ages, the Catholic Church, dictated what people should eat. EU governments continue doing the same, by fiscal means. However, this fiscal policy is full of paradoxes. Governments tax consumption of “bad” food, while also subsidising its production at the same time.

Mary and Joseph sacrificed, according to the Biblical tradition, two turtle doves after Jesus’ birth. Some early Christian traditions continued to consume turtle doves on the second day of Christmas. By coincidence, this year (2014) the day falls on a Friday, the day that “sacrificial fasting” meal was dictated by the Catholic Church, the mediaeval centre of European authority. This article explores how modern EU governments continue the tradition of dictating what people eat through their fiscal subsidies.

The European continent in the Middle Ages was marked by absence of central authority and government. Power of kings was, in ordinary people’s lives, often superseded by the more immediate power of the local lord. The only central government was arguably the Catholic Church. Its doctrine proscribing the consumption of meat on Fridays provided artificial support for the European fisheries for almost two thousand years, since fish did not count as meat. The impact of this indirect subsidy on both mediaeval and modern fishermen was substantial. (According to the historian Brian Fagan it also helped to hasten the “discovery” of America by improving maritime navigation and sailing as fishermen sought better stocks on open seas).

This subsidy ended on 17 February 1966 when the Pope Paul VI delegated the power to regulate meatless Fridays to local Bishops, who quickly lifted the ban from most Fridays. The effect on the fishing industry was drastic. Now that people did not have to get their Friday proteins from fish, the fall in demand directly attributable to the end of the artificial support produced a fall of 12.5% in the price of fish within 9 months.

The European Union reacted by setting up the Common Fisheries Policy in 1970.
Today, the EU spends about 2 billion EUR annually on subsidising its fishing industry, which is about 18% of the sector’s total income. (Remarkably similar to the Catholic support, if we assess it as “one in seven days”, i.e. approx. 14%.) There are, for example, subsidies to build vessels, subsidies to modernise them and subsidies to scrap them. Data on these by home port are available for a dozen years since 1994 and have been converted into an interactive google map. Clearly, their distribution is very unequal across the EU maritime countries.

As a significant downside, EU fishery subsidies have speeded up fish stock depletion since property rights are difficult to ascertain on high seas. On the upside, some of this money probably improved health outcomes of Europeans as the subsidised fish does more good (through better nutrients) than harm (through increased mercury intake). That is only true for the current generation of Europeans. By subsidising fish stock depletion they are making access to healthy food more expensive for future generations, effectively killing some of them prematurely.

However, there are other EU food subsidies that help prematurely kill even the current generation.

EU governments are not afraid of instituting (or announcing plans to institute) taxes on goods they consider harmful to their population and shortening their lifespans (mainly through diabetes and heart disease). Some are short-lived, such as the 2011 Danish saturated fat tax abolished a year later. Others are still alive, such as the French tax on soft drinks or the Hungarian taxes on salt, sugar and energy drinks. (Although especially in Hungary this may have had more to do with trying to raise revenue by taxing everything, rather than with apparently pushing people into healthier choices.)

Evidence on their effectiveness is mixed at best. Most studies find that because of the low elasticities of demand (and the relatively small importance in consumers’ budgets), such taxes would have to be really substantial to have much measurable effect. Political willingness for such draconian levels is not there, so most efforts resemble mere posturing or “sending a signal”.

What is truly bizarre, however, is having a parallel system in the EU of taxing (or trying to tax) sugar while at the same time subsidising its production. If sugar does not kill, why tax it? If sugar kills, why subsidise it? (One cannot have the cake and eat it, if you pardon the sugary pun at Christmas.)

Much has been made of the “reform of EU sugar policy” of 2005. But as we will now show, most of the new policy merely resulted in making the subsidies less overt a sweeping them out of direct sight. But sugar subsidies they remain, by any other name.

Prior to 2005, European sugar beet producers were among the largest recipients of production subsidies under the Common Agricultural Policy. After a major WTO challenge, the EU proclaimed an end to these subsidies. However, in reality it only converted subsidies to production into subsidies to non-production. Before then, beet producers were guaranteed the price of €632 for each tonne they produced. Thereafter, they received €730 for each tonne they did not produce. (Yes, this is not a misprint.) True, over time this money declined somewhat, but sugar was included in the new programme called “Direct payments”.

Direct payments are not technically in violation of WTO rules since (after so-called de-coupling from production about a decade ago) they are not officially subsidising output. They pretend to be a form of “social support” of farmers’ income; and indeed it is easy to officially argue that it was beet farmers’ incomes that were hit by the end of subsidies.

In reality, though, of course, it is impossible to distinguish between production and income support: every farmer produces only to earn income. (People growing things for fun are gardeners, not farmers.)

A better policy alternative to food taxes and subsidies

The idealistic idea behind specific food taxes and subsidies is to discourage “bad” decisions and encourage “good” decisions. Elsewhere, however, EU governments continue to do their best to divorce consumers from true costs of their decisions.

European government-funded health-care systems shield consumers of “bad foods” from many costs of their unhealthy choices. People no longer die from gout, but “responsible” eaters are forced by governments to cross-subsidise the care and life extension for the “irresponsible”. Even in countries which have a partial health insurance system, the insurance companies generally cannot pass on full costs of voluntary decisions to patients.

On a broader scale, governments are therefore just repeating what they are doing with sugar: punishing people with taxes while encouraging them into the trap at the same time. Unless that is changed, food tax policies will never make sense even in theory.