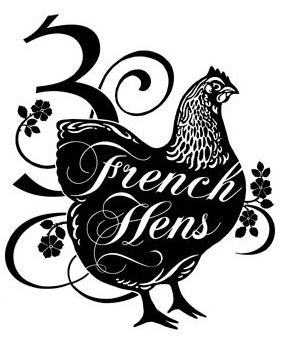 What do you get when you are trying to reign in the runaway train of government deficits and debt?
• In the EU, you get things like the Stability and Growth Pact
• In France, you get French hens in the streets of Paris as farmers protest against subsidy cuts.
• In the United States, instead of hens you get Game of Chicken. Periodically.

What EU tried and how it failed

Theory: When governments tried to join the Euro, they had to keep (or reduce) their debt under 60% of GDP. New Member States don’t have the choice, they have to join the Euro. Eventually.

Failure: For a number of reasons, the debt criteria did not bring about fiscal discipline.
1. Ceiling not binding . According to Article 104c(b), the ceiling need not apply if the debt “diminish sufficiently and approach the reference value (60%) at a satisfactory pace”. In the crucial two evaluated years before the Euro (1997-8), both Italy and Belgium had debts in excess of 110%. But they reduced it by about 5 percent from one year to the other – so they were admitted anyway.
2. Statistics fudged . The story how even this slight reduction was fudged is well known. In Belgium, for instance, the government forced government-mandated social funds (which get a share of employment taxation) to deposit their Treasury Bonds with the government for three days between 30 December 1996 and 2 Januray 1997 (31 December 1996 being the “tested” date). Funded by these deposited Treasury Bonds the government was able to purchase further Treasury Bonds (yes, in accordance with Belgian accounting law) and reduce its reported outstanding debt. Everything was reversed a day later and the government returned the original Treasury Bonds to the government’s social funds the following day. Magic.
3. Countries failing everything were still let in . Perhaps such creativity was not even necessary. Germany and Austria both had debts in excess of 60% (albeit slightly) and not decreasing but increasing. They were let in anyway.

Theory: SGP is essentially the fiscal Maastricht Criteria (3% deficit, 60% debt) for Eurozone members. Failing country has to adopt corrective measures. Failure to reverse course for 3 years makes country subject to fines of up to 0.5% of GDP.

Failure:
1. Oil onto fire . Charging indebted country large fine exacerbates the problem. All countries realized it, which contributed to charges not being applied
2. No enforcement . In 2003 (well before the 2008 crisis), both France and Germany broke the rules, but nobody acted against them and SCP was suspended to avoid looking indecisive.
3. Exemptions introduced . In 2005 the rules were weakened further through various exemptions. 2 years later even these were challenged by France wanting to spend beyond SGP.
4. SGP didn’t survive first recession . Eurozone members had trouble fulfilling the rules even during good times. When the first recession hit in 2008, SGP more or less stopped being even talked about, amid alleged “special circumstances” and trying to save the Euro itself.
5. ECB was actively undermining SGP . Governments have to borrow to increase debt, and normally financial markets discourage excessive borrowing by increasing borrowing costs. However, in violation of Article 104 of the Maastricht Treaty, the European Central Bank effectively started to lend (cheaply) to governments.

Theory: The Fiscal Stability Treaty effectively replaced the SGP in 2012 and includes all EU countries except the UK, Czech Republic and Croatia. Since by then most countries’ debts exceeded 60% of GDP, it
• provides an algebraic formula how their debt levels should be brought down over 3-year periods
• introduces a new measure of “cyclically adjusted” debt/GDP ratio
• obliges countries to adopt an “independent” fiscal board to oversee government plans

Failure: Although the jury is still out, a number of features make success unlikely:
1. Non-participation . In addition to the three non-participants, further signatory 4 countries are not bound by the fiscal (or other economic) provisions (Sweden, Poland, Hungary and Lithuania)
2. Further room to fudge . The “cyclically adjusted debt” formula includes the variable “potential growth rate”, for both past (two) and for current year. Especially the latter is effectively impossible to measure precisely. There is not even an agreement among economists how it should be calculated, and reliable macroeconomic statistics are generally unavailable until after 2 years.
3. Weak enforcement . National Fiscal Boards are rarely independent, and when they are, they tend to be toothless.

The United States also have a “debt ceiling” (on federal debt), but it is defined and treated differently. In spite of the period “theatre” it generates in Congress, the rules may ultimately be more effective than the EU alternatives. Here we outline the differences and discuss its consequences.

• The ceiling on the debt is set in actual dollar terms (in billions, of course, but to the last dollar).
• As the debt approaches this ceiling, legislators (Congress) can set a new, higher ceiling (a.k.a. kicking the can down the road). However, they do not “sell out” lightly and try to extract policy changes from the executive (President).
• If a settlement is not reached, fiscal policy is automatically changed: taxes are increased and spending (on government agencies) cut.

These three provisions together create room for strategic behaviour which economists have dubbed “Game of Chicken” (where two cars drive against each other at high speed and who steers away first to avoid crash loses). Both Congress and President bargain hard but either can give in at the last minute to avoid “crashing” into automatic sequestration.

Advantages of the American system

As a result, some deal is always reached; if not always “before midnight”, certainly soon thereafter. So the American ceiling may not prevent sovereign debts mounting either, but has the following advantages:

1. In the U.S., The debate about restructuring government programmes is forced on the agenda periodically. Even if real spending (relative to taxes) does not increase, inflation will automatically bring it debt to the nominal ceiling. In reality, the game of chicken over the debt ceiling has been played every couple of years.
In Europe, no such impetus for periodic revisions exists, and “solutions” tend to take the form of changing the ceiling rules rather than changing governments’ fiscal policies.

2. In the U.S., the debate has to include real proposals, which have to turned into actual legislation before the ceiling can be lifted a notch.
In Europe, it is enough for governments to promise “fundamental restructuring policy” to be let off.

3. In the U.S., punishment is automatic, dictated by law (which nobody dares changing).
In Europe, punishment is hardly ever automatic (even in the latest regime) and there is no real hard deadline.

4. In the U.S., the punishment directly reduces the debt, by raising taxes and reducing spending. It is exactly set out impersonally in law and therefore is seen as legitimate.
In Europe, punishments, even when invoked, tend to deepen the debt by imposing a fine on the government. Some indebted governments have had their fiscal policies more or less dictated by the “Troika” of lenders (EC, ECB, IMF). However, they always involved some negotiations and therefore were taken “personally”, by the government and/or by the voters. Especially the latter then considered them illegitimate (e.g. in Greece).

Of course, the U.S. situation is constitutionally somewhat different. The American automatic (federal) checks work on the same level as the responsible (federal) executive. In Europe, the systems are imposing an EU “will” on national governments who – in theory – are still sovereign in their fiscal policies.

However, our overview of failures of the EU schemes has underlined the lack of enforcement powers of EU rules as the main shortcoming, and it is precisely in the enforcement that America can teach Europe a lesson.

Without proper enforcement, it would be better to abandon any “EU schemes” altogether and subject national governments back to the ultimate enforcer of good governance: financial markets free to raise the cost of borrowing for irresponsible governments.