5 ways of responding to financial crisis 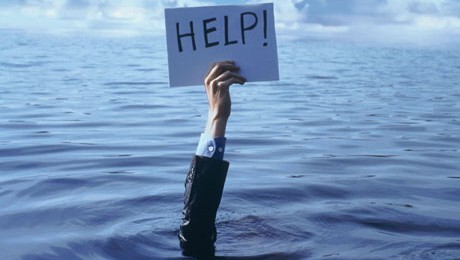 Most companies were hit hard by the freezing up of financial markets after 2008. Governments responded selectively – by selective tax cuts and subsidies, but they could have more meaningfully “help” everyone, not just big companies, by lowering corporate tax rates. Did they? IREF investigates, and shows EU countries’ responses fall into 5 categories.

All fiscal policy has two arms. It has many tentacles growing from them, since small print of any policy often matters more than the headlines, but they all fall under two main headings: the government is either taking money, or giving money.

Following the financial turmoil in the post-2008 world, corporations were arguably hit harder than private citizens, at least in the EU. Social security cushions are much more plush in Europe than in the United States, and individuals generally tend to rely less heavily than firms on banks financing day-to-day operations (and they don’t have legal obligations such as payroll to worry about).

Did EU governments’ fiscal policy help companies? Well, the answer much depends on which fiscal arm you consider.

Governments were usually pretty quick to help those who started to shout more than usual. Even if we exclude the (still continuing!) bank bailouts, taxpayers helped many individual companies. Sometimes this took the form of outright subsidies (so that large companies “survive”), sometimes governments underwrote some loans, especially on behalf of large companies. Since the taxpayer would be responsible in case of default, this price of risk also comes out of the giving arm of fiscal policy.

The problem with all movements of the fiscal giving arm is its selective nature. You have to cry, otherwise you don’t get anything. If there were a link between crying decibels and how sensible a little injection is, it might not be a problem. But there isn’t such link. Some companies are naturally better at crying, and in general any investment in demonstrative crying means a waste somewhere. (Economists call this “rent-seeking”.) Everyone sees it as unfair, which lowers further troops’ morale and “business confidence”.

On the taking arm of fiscal policy, pursuit of such particular interests can be just as strong, and just as costly to the economy as a whole. Media for some reason tend to react more positively when a company lobbies through a specific tax break than when it gets an equivalent subsidy, although for all intents and purposes the two are effectively the same.

There is, however, one way in which the government can do good for everyone with its taking arm, and not play a fickle Greek god picking his or her favourites. Instead of playing with the rules of corporate taxation, it can lower the tax rate.

During economic downturn this is called for even by traditional Keynesians who say “deficits are OK in bad times as long as they are paid for by surpluses during good times”. Furthermore, tax cuts, unlike tax breaks or subsidies, do not omit small companies, who will usually suffer more from lack of credit because they have little other capital to go on.

Adjusting the corporate tax rate in response to the 2008 recession therefore sounds like a sound fiscal policy. Did EU governments pursue it?

To answer this question, the following chart displays corporate tax rates in individual EU countries in the two years before 2008 and thereafter till the present.

(Caveat: Because of the vast differences in the countries’ accounting and tax rules, tax rates themselves may not be directly comparable. A company domiciled in a country with a 20% tax rate can easily end up with a larger tax bill than the same company in a country with a 25% rate. Many countries (e.g. the Netherlands) apply different (often 0) rates to domesticated “foreign” companies. KPMG data used in this chart always try to pick the most representative tax rate. When regional tax surcharges differ (e.g. in Germany), the effective rate is interpolated for the country.)

Based on the their tax rates’ reaction to changing business environment, IREF has categorised all EU-28 countries into five categories.

As many as 10 countries (Stayers) have not changed their corporate tax rate at all. This includes both “high tax” countries such as Belgium or France, as well as the “low tax” Irelands of this world.

Another 12 countries change very infrequently. 8 of them (Early/Late Fallers) lowered their tax rate only once right at the beginning (Germany, Italy, Spain) or only in the last few years (Portugal, Finland); during the “worst years” of economic downturn after 2008 they left their corporate tax rates unchanged. 3 countries (Risers) have seen a one-off increase in their corporate tax rates. 1 country (Lithuania) “experimented” with a 5 p.p. rise for one year only in 2009.

So, 22 out of the 28 countries changed their tax rates either not at all or basically just once. That is to say, more than ¾ of EU countries do not adjust their corporate tax rates when economic circumstances are calling for it. (It should be noted that on the spending side, many countries’ fiscal policy towards the corporate sector was rather vigorous and generous during the period. But those measures were usually very selective, which is a very dangerous feature of fiscal policy!)

Only 7 EU countries took to gradually adjusting their tax rates over the period of hardest-hit years of the recession. All but one were ”Gradual Fallers” of the corporate tax rate. The usual exception was Greece whose tax rates have made a gradual U-turn over the period.

Of course, gradual adjustments are not necessarily the best solution. One big drop of tax rates may have a great effect than five little ones. However, besides the 5 gradual fallers, only 3 other countries show a “one-off” post-2008 decrease, including Denmark’s recent tiny 1pp drop. 8/28 is not a very good score, at least the 8 fallers beat the 3 risers.

The good news, however, is that all gradual adjusters are in the “falling rates” camp (except Greece, of course). Such uncertainty should therefore perhaps be relabelled as “optimistic prospects”, promising “more to come”.

So far there have been two main motives for decreasing the corporate tax rate: to respond to bad economic climate, and to lower your rate below that of other EU countries. As some economies are starting to grow again, the Keynesian temptation would be to increase the corporate tax rates again. The second motive, however, will hopefully continue to push corporate rates down. For those who are quick, lower tax rate can mean more, not less tax revenue as they become attractive to other companies from around the world.

Nobelist plays poker. For a pound.