A critical time for the NHS 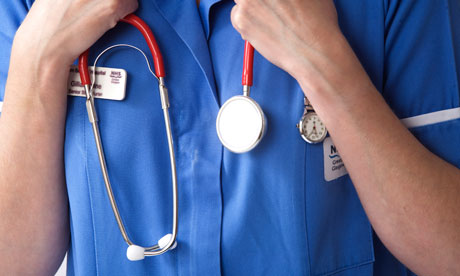 How is NHS coping with winter?

Winter is historically, and not surprisingly, a very challenging time for the UK National Health System, NHS, due to lower temperatures and the spread of viral infections. Winter 2015/2016 seems to be particularly bad and the system is showing clear signs of a dangerous inability to cope with the pressure. NHS healthcare providers are missing most of the targets that the system has set to monitor quality of care. The situation has worsened recently to the point that a number of hospitals had to declare a black alert, i.e. a status in which extraordinary measures such as cancelling non-emergency services have to be taken. We can identify two particularly critical problems.

The problems of the NHS are exacerbated by the difficulty to discharge patients who have received hospital treatment, but need additional assistance after being discharged. These are usually elderly patients who should receive assistance by council and community nursing teams. It has been estimated that more than 160,000 days have been lost to delays just in October 2015. The inability of the NHS and the local councils to solve disputes has proven dangerous for the patients and has further deteriorated the quality and efficacy of care; indeed new seriously ill patients cannot be hospitalised due to the lack of available beds. The public system for many of these patients is clearly not working. A solution would be to create partnerships (and strengthening the existing ones) with private providers and charities. Such partnerships should be created directly by the hospitals without the intervention of local councils, to avoid the irritating and inacceptable quarrel regarding who should take responsibility (whether the hospital or the local council) of these patients.

Many hospitals in UK are struggling with a critical shortage of nursing staff. Until 2015 the way nurses where trained and employed was mostly centralised. The Department of Health every year used to impose a strict cap (on average two-thirds of people who used to apply to become a nurse were not accepted for training) on the number of nurses that the education system could train. Prospective nurses accepted by the system would receive bursaries (between £1,000 and more than £4,000 a year depending on students’ location) and would not have to pay tuition fees. The incorrect definition of the trainees cap, often set to meet national financial constraints rather than the demand for nurses of the system, has created an additional burden on hospitals. Hospitals have often had to hire nurses abroad, but new immigration laws made this process rather difficult and expensive. The result, not surprisingly, is that the system has been in various occasions close to collapse and cost containment has been only an illusion.
The Health Secretary, Jeremy Hunt, and the Department of Health have recently announced a reform to “modernise” the way healthcare students are funded.
The cap on nurse numbers has been recently removed and grants for student nurses will be replaced (from 1 August 2017) with loans. Changing bursaries to loans would bring nursing and midwifery in line with other university courses.
As expected, the Royal College of Nursing expressed concerns regarding the new system. The College argues that this way the government is abandoning the responsibility “to ensure that the right numbers of nurses are in the right place and with the right skills.”
But should this be a centralised decision? It is obvious that the Department of Health has not been able to correctly forecast at a national level the demand for nurses of the hospital system, endangering the population and frustrating overworked nurses. The removal of the cap will mean that each teaching institution (who presumably has a better understanding of the demand for training and the local demand for nurses) will be allowed to set capacity. Universities and nursing colleges will be finally able (and required) to apply forms of competition to attract students. Indeed nothing would prevent universities and colleges from setting up scholarships, possibly in partnership with private clinics and charities, without recurring to taxpayers’ money.

Is there more to come?

The NHS may face more troubles. The Government is targeting the provision of 7-days a week NHS services by 2020. To meet this target the reform would require a significant increase in resources, in particular nursing and medical staff. The Royal College of Physicians forecasts that the NHS would need more than £8bn extra funding.
During summer 2015 the Government has expressed the intention to impose a new contract for junior doctors. According to this contract, the pay for working during unsociable hours (e.g. evenings, early mornings, weekends, bank holidays and nights) would be reduced. In response to this proposal, the British Medical Association has organised a strike action on the 12th January with the result that non-emergency operations and hospital appointments all over the country had to be cancelled in the following days due to domino effects.
The NHS is already facing serious resource constraints, in particular in terms of medical and nursing staff, and it is on the brink of collapsing as it is. The introduction of a reform imposed from the centre seems unwise and counterproductive. It would be preferable if the Government worked to eliminate the legislative and bureaucratic obstacles that make it so difficult for the system to access trained nursing and medical staff (even abroad), and if it left general practices and NHS surgeries free to decide whether and when to provide care during weekends.

Tax evasion, intrinsic motivation, and the evolutionary effect of a flat rate