A Plan for Sound Money 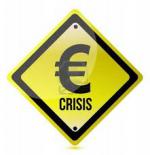 In response to the financial crisis in the euro zone, the Lithuanian Free Market Institute (LFMI) has worked out and submitted to public institutions a plan which would help countries potentially exiting the euro zone to build stable and sound money. LFMI‘s proposal can be also used by the euro zone when attempting to strengthen the euro and to restore people‘s confidence in the single currency.

The persisting crisis of euro zone state debt is increasing the probability that some euro zone countries will be forced or will choose to leave the euro zone. In the LFMI’s opinion, this would be a significant challenge both for the exiting country and the euro zone itself, but at the same time it would serve as a unique opportunity to re-establish sound currency and people‘s confidence in money.

“The major vice of the existing money is that it is not limited, that central banks, including the European Central Bank, may print any amount of money at will. As a result, money loses value, its purchasing power diminishes and all citizens pay the invisible “inflation tax,” – LFMI’s Senior Fellow R?ta Vainien? explains the defects of the current monetary systems.

LFMI points out that stable money is a necessary condition for prices to go down, for people’s income and savings to retain their value and for people to be able to plan their financial future. Devaluation of a currency hits the most at low-income people since they do not have financial abilities to invest.

In its stable money plan, LFMI proposes specific steps that should be taken by a country intending to ensure a stable and strong currency for its citizens. The essence of the plan is that such a country should restrict its money emission, tying its currency with precious metals, that is, gold. LFMI proposes to implement the transition from the euro to a new independent currency in two stages. During the first stage, the exiting country would introduce its new national currency which would be pegged to the euro at the exchange rate 1:1. During the second stage, LFMI proposes to replace the current euro reserves with a precious metal and tie the introduced monetary unit with a chosen quantity of metal.

“Lithuania still remembers the strong national currency, litas, in the inter-war years whose strength rested on gold. It was gold and silver that the market has chosen as a monetary unit out of a variety of commodities. Linking the worlds’ major currencies with gold has been completely abandoned historically quite recently, only in 1971,“ says LFMI’s Senior Policy Analyst R. Vainien?.