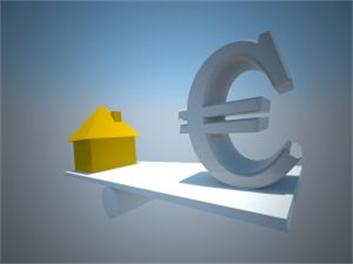 Earlier this week, Russian borrowers with Euro or Dollar mortgages called upon Putin to relieve them of their now increased interest payments. Banks should bear the costs, whilst the borrowers bore the benefits until now. We show that this bailout is just a repeated story of bank and government bailouts of recent years.

A bailout, as used over the last 8 years or so, has meant a financial injection from governments or other (inter)national institutions, but always essentially funded from taxes. The justification of these bailouts has shifted somewhat from previous “rescue” packages.

No longer is the dominant argument for bailouts made by appealing to “saving jobs” or “strategic importance”. Today, financial rescue is often made to (allegedly) “offsetting unforeseen circumstances”.

• When American (and some European) financial houses were being rescued by “public funds” in 2008 and 2009, it was to cover the costs of “unforeseen problems” with subprime mortgages. It was claimed that these risky assets had been packed into incomprehensible packages (remember “credit default swaps”?) by financial engineers and therefore the true depth of the problem, once the US property market unravelled, was “unforeseen”.

• Subprime mortgage problems started to permeate through the system, even those other financial institutions started to be affected which hadn’t directly dealt with subprime mortgages. Again, they made appeals that although they were well insured (or hedged) against “ordinary” financial risks, such financial meltdown was an unforeseen event worthy of public support.

• Some EU governments (most notably the Irish one) engaged in so much bailing of their financial institution out of “unforeseen circumstances” that they ran up unsustainable deficits and debt. This in turn was itself proclaimed an “unforeseen circumstance” on the governments’ part and therefore an argument for being bailed out by the EU and/or ECB.

• Other EU governments managed to build up large deficits even without spending too much on their financial institutions, purely by engaging in Keynesian “spending during downturn”. Their problem was that they had failed to be true to the Keynesian programme – they should have run surpluses during previous “good years” to provide cushion for such deficit spending. But the post-2008 economic downturn itself was declared an “unforeseen circumstance”; after all, governments like that of Gordon Brown famously declared at the turn of the century the boom-and-bust economic cycle to be dead.

Individuals get in on the “unforeseen circumstances” game

Domestic interest rates at which individuals could borrow were relatively high in many European countries before 2008. This could have been for a number of reasons: inefficient domestic banks (often due to bad regulation and lack of competition), lack of trust in the currency (often due to government behaviour, so foreign investors demanded a “risk premium”), etc.

In such circumstances, banks started to offer loans (usually mortgages) denominated in a foreign currency (usually the Euro and/or the Swiss Franc). These seemed attractive to borrowers since the interest rate was lower, taking advantage of the generally greater trust in that currency. As long as exchange rates stayed reasonably stable, it seemed like a perfect deal, “free money” to be saved on interest payments.

However, exchange rates did not stay stable. They couldn’t really – the economies of the two currencies were different. When savers thought they “escaped” the problems of domestic currency by avoiding its “interest rate premium”, they merely exchanged it for an “exchange rate premium”. Eventually, an adjustment in the exchange rate had to come, making many borrowers’ repayments “unaffordable”.

And so it came to tears in Hungary, Poland, Lithuania and other countries with large foreign-denominated individual debts. In nearly all such countries, the shift in exchange rate was declared an “unforeseen circumstance” (blamed, as usual, on the shifty financial markets) and governments were called upon by borrowers to help out. And they did – usually by forcing banks to convert the loans back to domestic currency at a “better” (or even original) exchange rate, thus incurring a loss. This was essentially a tax on the banks, although it showed nowhere in the official tax revenue accounts and so the recorded “size of government” did not increase.

Now it has spread to Russia

Earlier this week, Russian borrowers with foreign-denominated loans wrote an open letter to Vladimir Putin to step in and bail them out, after the Rouble collapsed. Once again, the letter is full of hints to “unforeseen” (and “unfair”) circumstances.

“Dear Vladimir Vladimirovich,” they write, “we are not asking for forgiveness of our debts, but our obligations must be ‘fair’. We are the first to feel the consequences of the political conspiracy by the West. … We are faced with answering to the banks with our lives for the risky way they run their profitable business…”

In reality, of course, the Western sanctions are only partly responsible for the rouble’s problems. Most analysts calculate that the bigger culprit is the fall of oil prices, and naturally also the general stance of Russia. So instead of targeting the blame correctly, “unforeseen” trickery is blamed and used as grounds for imposing the costs on someone else. For indeed, earlier in January the Russian central bank “recommended” that the banks convert foreign-denominated loans at the exchange rate of last October, before the major fall. So Russian banks are to be taxed just like the Hungarian ones and others.

During the heyday of banks’ bailouts, the rhetoric developed that banks were enjoying private profits during good times, and were immune from losses during bad. That was probably a fair description of most government policies.

Since then, however, this disease has spread. Governments too were “privatising” the naturally high tax revenues during good times (by spending on pet projects) whilst (inter)nationalising the losses (by being bailed out).

And now, individual borrowers are doing the same. They were happy to enjoy privately the “profits” from cheaper loans as long as they lasted, and now want to “nationalise” their loss.

How to deal with “unforeseen events”

All the discussed settings boil down to changes in relative prices. These are a natural phenomenon; only communist regimes tried to fix them – and look where it got them. So these changes must be reckoned with and it is incumbent on banks, governments and individuals to insure against them. Fortunately the tools are available.

• Banks can adjust the risk in their portfolio by taking on more assets that pay out more when the unexpected happens. It’s easy for them, they are already a part of the financial market. (This could include explicit insurance contracts, backed up by re-insurance companies.)

• Governments must either save up in the good times if they want to spend heavily during bad times; failing that, they must stop relying on others to pay their bills – and adjust them accordingly.

• Individuals must realise that they are unlikely to find a free lunch. Foreign-denominated loans are not a magic formula which lowers their interest payments. The money they saved were essentially an extra loan – which they are now called upon to pay back.

We live in an essentially uncertain world. We are no longer hunted by the lions because we build settlements, and we do not die from most diseases because we have invented pills and vaccinations. But other uncertainties and risks continue. The way to deal with them must be called “get an insurance”, not “call on government”. Governments have no natural expertise in matters of risk. Everything can be “unforeseen” to them.

Why Do Low Interest Rates Not Fuel Credit Growth in the New Member States of the EU?