Copyright 2022 IREF Europe
Home » All aboard the fiscal board. Are you bored?
Online Articles 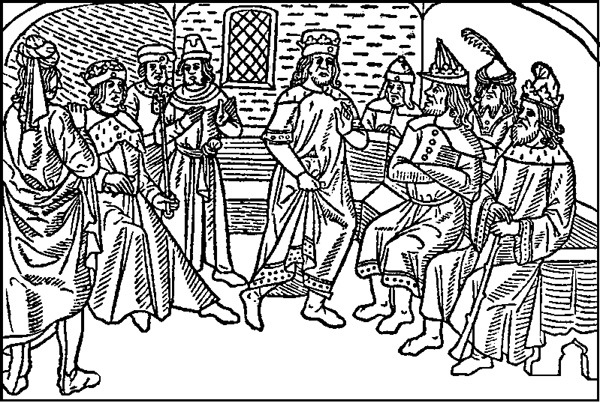 When governments are unable to take care of their finances, is it time to appoint them a guardian who will take care of that business and (co-)determine fiscal policy? When is such guardian irreplaceable and how could they help?

Governments are increasingly bad governors of money they collect and spend, deficits continue and debts are growing. They bring forward the nice feelings (when they buy support through spending) and postpone the not-so-nice feelings (when they have to tax to pay for what they have already spent). In so doing they resemble an addict who prefers the immediate gratification over future (health) costs.

The same relative preference is exhibited by children. For them – and for many addicts – we appoint guardians. They make decisions about children’s and addicts’ consumption in order that future consequences are sufficiently reflected in today’s decisions.

Would such guardianship work also for governments?

That is the idea behind “fiscal boards” which some countries actually adopted, either permanently or temporarily. The rate of success has been varied, and may depend on the precise specifications of its remit and how binding its conclusions are for the government. The most usual form of a fiscal board is little more than an “advisory council” of “wise old men” (usually) who review the government’s plans, and pass comments on it. They may make official recommendations, but often are easily outvoted by the government or the parliament. Most frequently they are appointed by the current government, but at least in general individual members cannot be stripped of their role by politicians and their terms tend to be longer than those of the government.

Whether or not a country has a national “fiscal board” of some sort, there are, of course, also international overseers. The IMF and the World Bank do act as a watchdog of sorts for many developing countries, for example (again, with varying degrees of success). Ad hoc outside overseers are also possible. During the recent financial turmoil, for example, indebted governments were watched closely by the “Troika”, a triumvirate of IMF, European Commission and the European Central Bank. There are now plans also to augment the Stability and Growth Pact rules by an actual review body to which individual governments would submit their next year’s budgets ex ante.

These are all currently being developed. However, there is a wealth of possibilities each country can try before adopting a fully blown fiscal board. Can responsible behaviour be legislated?

Alternatives to be tried first

Such legislation can have many forms.

Fixed rules
At the most stringent, we can have a (constitutional?) law that the government balances its annual budget (without adding to borrowing needs). That may be nice in principle, but any law can be broken and the question then becomes how do we punish the perpetrator: either through a time sentence or a fine. We can hardly imprison a government. We could imprison its members, but that would just bring forward the next election and may increase instability (and costs). If we fined the government, it would pay the fine either to itself (in which case nothing would happen) or to a third party.That might just increase the deficit further because presumably the future fine had not been included in the government’s spending plans and the money to pay the fine may have to be borrowed.

Fixed rules with size tolerance
We could say that in principle the budget should be balanced but we won’t punish perpetrators for small infringements. That’s essentially the idea behind the Maastricht Criteria (for adopters of the Euro) or the Stability and Growth Pact (for Euro incumbents), for example, where annual deficit or surplus should be within 3 percent of GDP. That allows some practical flexibility, but perhaps too much of it. It does not even guarantee that the budget would be balanced on average over time, and they haven’t been.

Fixed rules with time tolerance
New proposals are supposed to guarantee that countries balance the budget “over the economic cycle”. This is essentially a crystallized form of Keynesianism which proposes deficits during economic downturn to be balanced out with surpluses during economic upswings.
There are at least two problems with these. Firstly, the economic cycle is always difficult to anticipate and define ex ante, and can usually be identified only ex post. As such, a rule which prescribes certain action to uncertain years is a poor guide to practical policy making. Secondly, even if magically someone knew the cycle, taxing more than is spent will always be unpopular and “excuses” will be found not to run surpluses to balance future or past deficits.

Any legislated discipline will face a problem in establishing a credible punishment. But some fiscal legislation provides some automatic discipline. They are called

Automatic stabilizers
When we fix the tax rates and social spending rules, the economic cycle will tend to automatically produce deficits during downturn (little tax, much spending) and surpluses during booms, hopefully balancing each other out. There is still the onus on the government, however, not to change the rules, especially during the boom.

How can fiscal boards help?

Telling it like it is: Just like the addict may not fully appreciate the horror of his future feeling, governments may be tempted to hide from the electorate at least some of the future costs of deficits. For example, many future growing costs of pensions or implicit healthcare coverage guarantees are generally not featured in current budgets. Board can remind the government.

Using better statistics: Creating next year’s budget is a tricky situation. You have to try to forecast both the requests on your programmes as well as level of economic activity which will determine the revenue (given the rates you have set for the next year). Crystal balls play a large role in both, and an independent evaluation of available data can make sure that the balls are slightly better polished.

Voting on behalf of the not-living: Currently generated debts will be paid by future generations which do not have a vote at the election polls, but their interests may be represented by the fiscal board.

Management consultants to the government
There are three theories why the field of “management consultancy” has been so successful on the market. Either they can provide geniuses who can offer advice on how to run a business; or it is a form of industrial espionage – you buy the consultant’s experience from other clients – without learning where the experience comes from; or it can be a useful outside “authority” rubber-stamping – for the purposes of internal company politics – that which the management wants to do anyway but is unable to set it forth.
Whilst fiscal boards can provide to the government some of the first and little of the second services, it can help in the third way. A frugal finance minister will face tough opposition from individual resort ministers safeguarding their budget. Then the frugal finance minister can point to the “external independent guidance” of the Board. Provided, of course, that the country has a frugal finance minister…

Even if a fiscal board could provide all the above benefits, there remain many practical problems. If they are to guard the government, who is to guard the fiscal board, especially if they are often established and named by a government? Let us remember that ultimately both should act in the interest of the people (including those as yet unborn) – and people already have at least one watchdog of the government: the media (and their intelligent authors). They might not need a replacement through a fiscal board at all – but only on two conditions: that the media actually do their work, and that the readers are interested in hearing what they have to say.