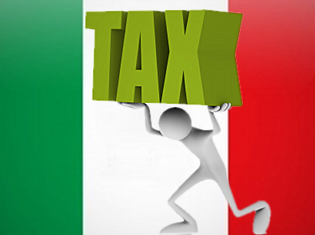 Tax cuts are pretty rare in the real world. When they do happen, they tend to be very partial, offering unjust advantages to a specific group. But even broader tax cuts can paradoxically do much harm. Using Italy as an example, this piece argues that when tax cuts lead to greater debt, they may ultimately curtail rather than enhance liberty – and long run economic growth?

All hail the tax cut, right? But is it always good?

A generally praising reaction has followed also the beleaguered Italian government’s announcement at the end of September that the “2015 Budget Bill” will include tax cuts, in spite of the growing deficits and accumulated debt. Most countries facing Italian levels of deficits and debt are under strong pressure to prioritize their reduction, either by increasing taxes and/or decreasing spending, but the country’s Minister of Finance and the Economy Pier Carlo Padoan hung onto his tax reduction promise after returning from the G-20 summit. Some Italian taxes had already been reduced earlier this year (a regional production tax has been cut and personal income tax allowance increased by 80 Euros, although regional income taxes had increased), and negotiations are underway in the Parliament over what taxes to cut next, in country that has mostly only known tax increases in recent history.

All with a vision to encourage economic growth, of course.

Other things being equal, low taxation is probably the best way of enhancing the rise of the wealth of nations and their peoples.

When taxes are high, it is no longer people who are deciding what gets produced and how much of it they are consuming. It is the government. And the government also decides who gets to consume it. Even if democratically elected and following the “will of the people”, its measures are too broad and cannot possibly “replicate” what people would have chosen themselves.

High taxes cannot grow the wealth of people not only for the simple and obvious reason that they reduce their disposable income. It gets worse down the line of cause-and-effect. When people get less for their work than they earned (as tax was applied), it discourages them from working and therefore less wealth is created. And it does not end with producing consumer goods. With less income people also invest less, the cost of investing rises and fewer new inventions are made or projects undertaken.

Empirical evidence is plentiful. The positive link between economic freedom and prosperity is one of the strongest and most stable empirical relationships that exist in the social realm.

High taxation may not even be a way of raising high government revenue. High taxes may discourage economic activity so much that in the end even a high rate yields little to the Treasury when applied to a shrunken base. (This is sometimes called the “Laffer effect”.)

… but tax cuts are not always sustainable

When a country cuts taxes at a time it is running a deficit, debt will soar and the government will eventually require a return to higher taxation in order to service the debt.

Therefore, low taxes are only credible when accompanied by sustained low spending. One way of achieving that is “starving the Beast”: a government deprived of its revenue (because of tax cuts) will have to start spending less. Unfortunately, this route is almost impossible today since governments now operate under “soft budget constraints”. They just borrow the missing money. The proposed Italian tax cuts will neither usher in a much changed economy, nor will they starve the Beast.

What Italy and other similar countries need to do is to create room for tax cuts first, if they are to be sustainable and bring about a low-taxation future.

On paper, there are three ways how an economy can start being able to “afford” tax cuts without increasing deficits.

1. The economy suddenly becomes more productive. For example, it opens its borders to foreign investments and entrepreneurs, who start producing new goods and services (think the Irish Celtic Tiger, for example). Or there is a shift to “knowledge economy”, producing the productive labour internally (think post-Soviet Estonia, for example).
2. New “natural wealth” (resources) is discovered (think California Gold Rush, for example). The wealth automatically enriches the people and via taxes also the government, making tax cuts affordable.
3. Government overhauls the structure of its spending (think New Zealand of early 90s, or maybe the UK of the 80s)

Only once the pressure on government spending is reduced can other healthy changes follow.

Pretence of Knowledge: The Case of Jean-Claude Juncker