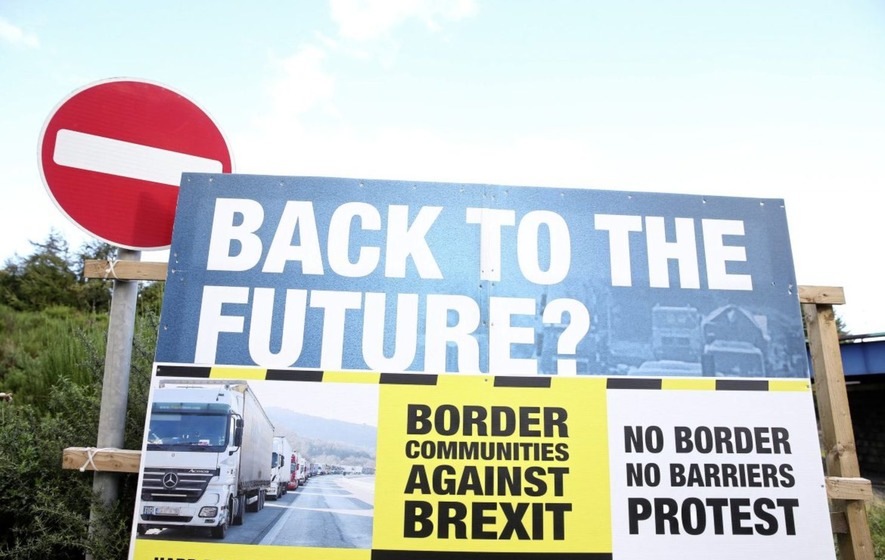 Northern Ireland has been in a precarious political situation ever since the partition of Ireland in the 1920’s. Years of political instability, paramilitary warfare, and social divides have left the region uniquely sensitive to social and political change. Following the end of the Troubles in 1998, however, the area finally achieved relative piece.

With Brexit on the horizon, many of the foundations of the Good Friday Agreement (GFA), such as free movement and access to Irish citizenship for the Northern Irish have been put at risk. Furthermore, the GFA ruled that no one party would fight for total control of the Northern Irish assembly at Stormont, in order to ensure that neither side could politically dominate. The coalition between the governing Conservative party and the hardline unionist DUP in Westminster thus undermines this key precedent, and uncertainty over Northern Ireland’s post-Brexit future presents risks not just for renewed conflict in Northern Ireland, but for the Republic of Ireland and the United Kingdom as well.

Northern Ireland is of paramount importance to ensuring a pragmatic Brexit outcome for all countries of the UK. If handled poorly, the region may erupt and damage Britain and Ireland’s chances of stability and growth post-Brexit.

The Troubles in Northern Ireland of the 1960’s through to the 1990’s significantly hindered economic growth in the region. Since the per-capita GDP was damaged by the conflict, Northern Ireland received subventions from the British government in order to keep the economy afloat. A 2013 paper by Richard Dorsett in the European Journal of Political Economy estimates that per-capita GDP decreased by only 10% as a result of the 30-year conflict, as opposed to as much as 20% without subvention.

The paper provides a graph showing the Northern Irish GDP percentage changes from 1970 until 2010, as well as the estimated GDP had Northern Ireland not received subventions from the UK government. The ‘placebo’ line represents the GDP change of Scotland (an economy similar to Northern Ireland that has not received the same type of subventions) over the same time period, and is included to ensure statistical significance. One can observe that the subventions did indeed prevent the Northern Irish GDP from ever dropping further than 10% below 0, as opposed to a low point of around 17% without subventions. 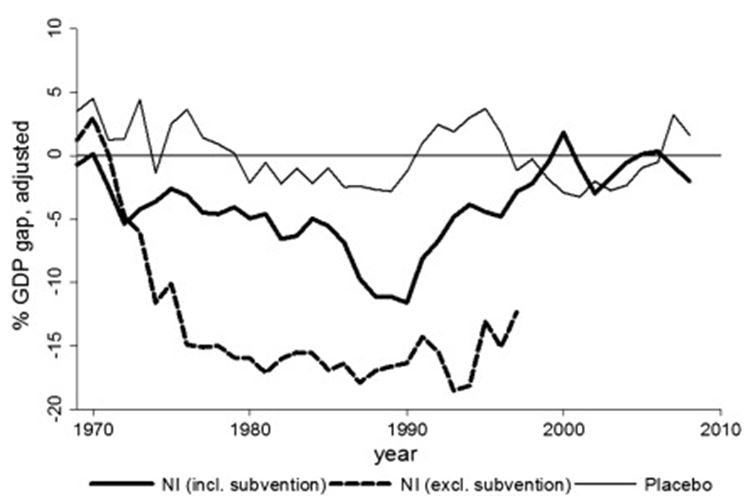 However, this aid from Britain likely brought with it just as many issues as it solved. Billions of Pounds had to be provided in order to keep the economy stable (that is to say, to avoid too far a fall in GDP). Artificially pumping this amount of money into an economy comes with particularly adverse effects; competition in Northern Ireland stagnated as a result, and much of the Northern Irish economy has remained centred around the public sector almost 20 years later. The Northern Irish economy thus remains dependent, glacial, and in dire need of liberalisation.

Since 87% of Northern Irish farms receive their income from the EU’s Common Agricultural Policy (CAP), the agricultural sector of the region may be moving in the right direction following the severance of the CAP subsidy post-Brexit. Thus, Brexit could actually boost agricultural growth and innovation in the region.

Unfortunately, few other outcomes for Brexit look quite this appealing. Over half (56%) of Northern Irish exports go to the EU, mainly to the Republic of Ireland. Although the threat of a hard-border in Ireland has been defused, Northern Ireland stands to lose far more from any new barriers to trade than Great Britain itself.

Thus, two major issues can be identified within the Northern Irish economy; subventions from the UK government and high state spending have arguably prevented Northern Ireland from achieving stable growth – both issues stemming from a dependence on the state. Less state intervention and regulation may therefore represent the best remedy for Ulster’s economic woes. The agreement between the UK and the EU not to install any new regulatory barriers (meaning that trade relations between Northern Ireland and the ROI should remain relatively untouched) is a good start, it is vital that Brexit does not exacerbate Northern Ireland’s existing problem with low trade.

In any case, attempts to secure Northern Ireland’s economic future through more state intervention are unlikely to yield stable, long-term results. As a country caught between a rock and a hard place, trade liberalisation could be the only way out for Northern Ireland. 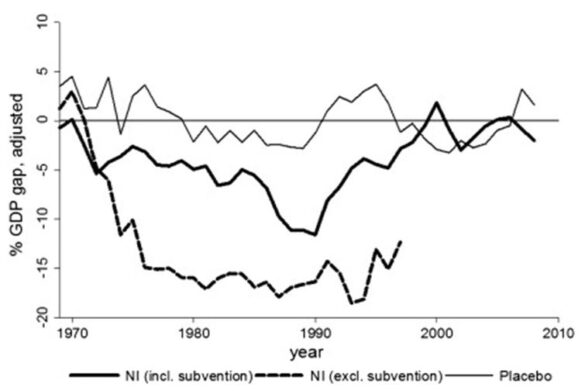