Copyright 2022 IREF Europe
Home » Can a new tax save the NHS?
Online Articles

Can a new tax save the NHS? 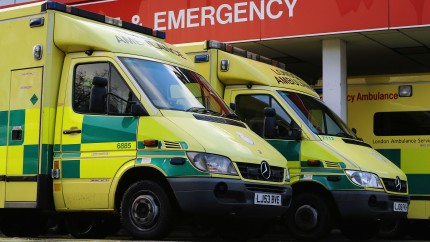 Every winter, the media comment on the challenges that the NHS faces during the cold season. We have reported on this in the past, and 2018 is no different. The system cannot access enough resources, including nurses and young doctors, and hospitals are overcrowded. The Government seems to believe that regular injections of money (raised either by general taxation or by promises of hypothetical funds available after Brexit) in the system would help solving, or at least alleviating, the problem. This is obviously wishful thinking and the result of a general lack of effective and credible reforms.

PM Theresa May has recently implemented a partial reshuffling of the Cabinet. The media, of course, have focused mostly on commenting the changes in the individuals and their roles. What is particularly interesting to us, instead, is the fact that Mr Jeremy Hunt kept his position, but the label on his door has changed, from Secretary of State for Health to Secretary of State for Health and Social Care. This appears to confirm the fact that the Government has at least finally become aware of the lack of coordination between the NHS and social care that we have mentioned in the past. After having received expensive treatment and been discharged by the NHS, many patients, especially the elderly, often require additional care. If social care services are not available, hospital cannot discharge patients. Until now, the provision of social care has been organised and provided independently by local councils. The new label on Mr Hunt’s door may indicate that in the future resources and organisation of health and social care will be more integrated and organised. This sounds promising, but a little vague. In fact, we hope that the minister will be able to allocate public funds between the NHS and social care in a more effective way, depending on the necessity. Yet, this will not be enough to eliminate large pockets of inefficient and, sometimes, inadequate public provision of care. In addition, the fact that services are essentially provided free of charge to the population means that demand will keep increasing. The graph below shows public spending on health, as a percentage of national income, forecasted by the Office of Budget Reposnibility from 2016–17 to 2066–67. 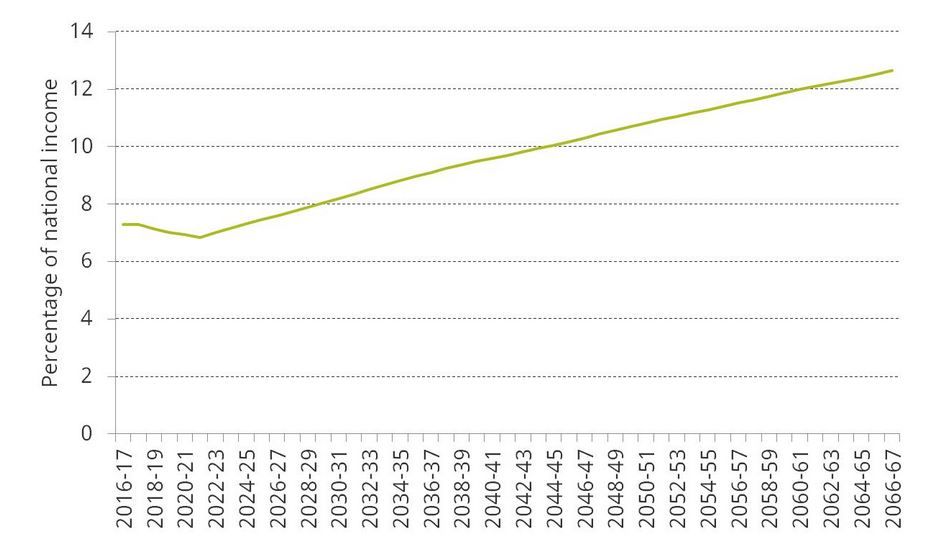 Indeed, it has been recently discussed the possibility of introducing a NHS tax to control demand. The revenues would provide funds for the NHS. According to some commentators such a tax may induce patients to become aware of the costs of health care and, of how much they would be willing to pay for it, and of what it takes to reform the system.

Yet, the introduction of a new tax has very serious drawbacks. First, what would guarantee that in years to come the revenues of that tax will indeed be dedicated only to the NHS? A general tax on health services will also be a clear transfer of wealth from healthier/younger portions of the population to older individuals. This would further increase the divide and inequality among generations that we have described in the past and, given the trend in ageing of the polution, it will continue to worsen. Moreover, a tax on the NHS may also have effects on demand creation (in contrast to the rationale behind its introduction). Healthier individuals who will be asked to pay the tax may be encouraged to demand more NHS services in order to experience some value for their payment. Finally, once created and introduced, taxes tend to stay and often increase. 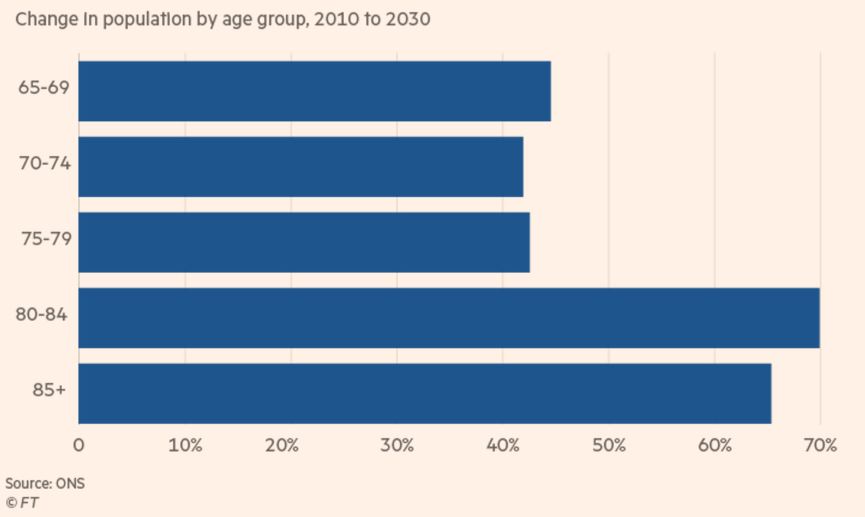 So, why not to take a bolder step and discuss the introduction of a pricing system? Why don’t we make patients (at least those beyond a given income threshold) share a portion of the costs? The co-payment may also be connected to the health-related decisions, such as smoking and drinking. It would definitely be a system fairer than the current one or the one funded by a NHS tax. Individuals will have an incentive to protect their health condition and invest in prevention.

Of course, introducing a co-payment system will not be enough in the long run. Identifying better ways to pay for the NHS is essential, but it is not sufficient to guarantee the survival of the system. If one rules out privatisation – a radical solution that would be meet intense flak both by Parliament and by the public opinion – the UK needs reforms that credibly introduce efficiency and competition in the system. To be sustainable, the NHS must downsize the volume and range of the services it provides. Treatments no longer provided by the NHS will be supplied in partnerships with private providers. Short of privatisation, only a complete restructuring of the service, not a new tax, will ensure the survival of the system. 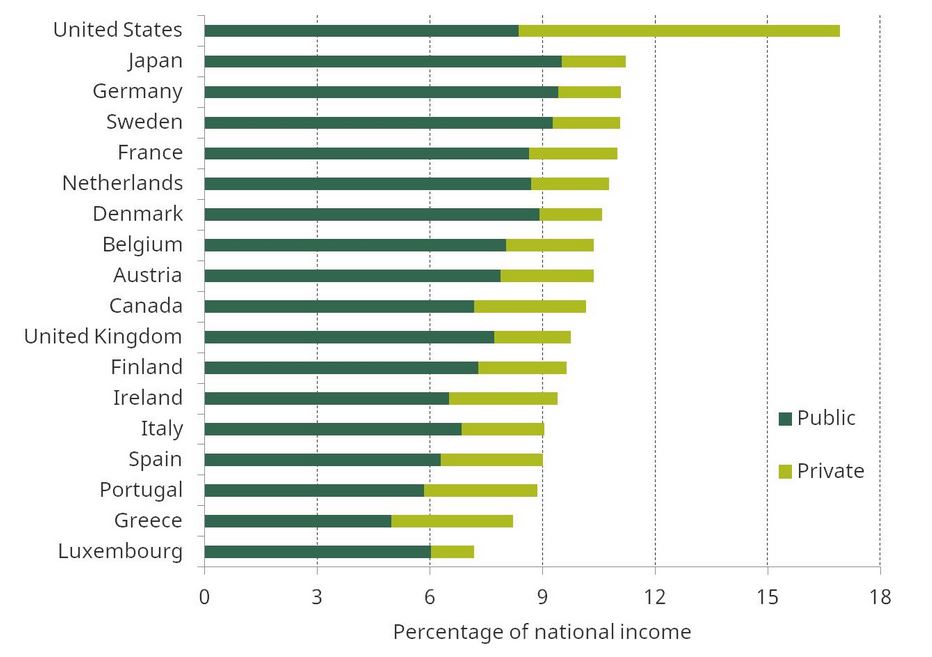 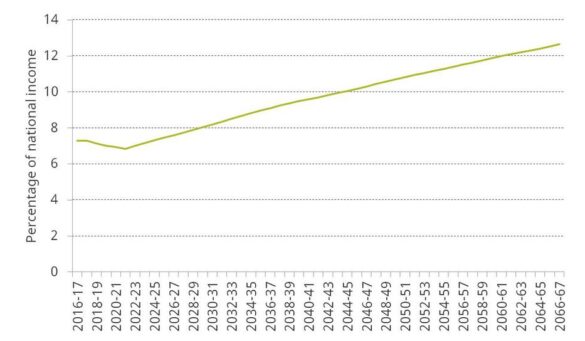 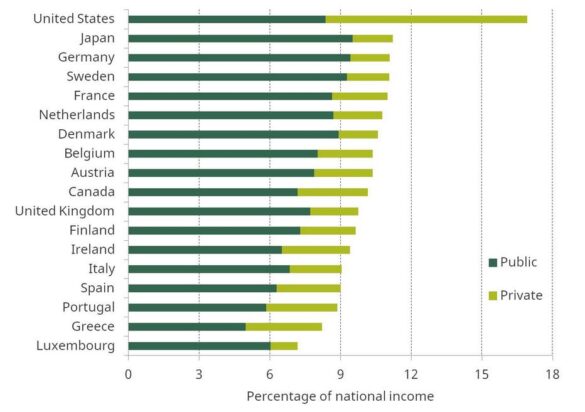 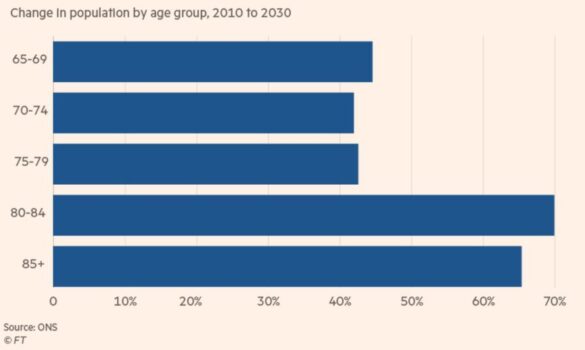