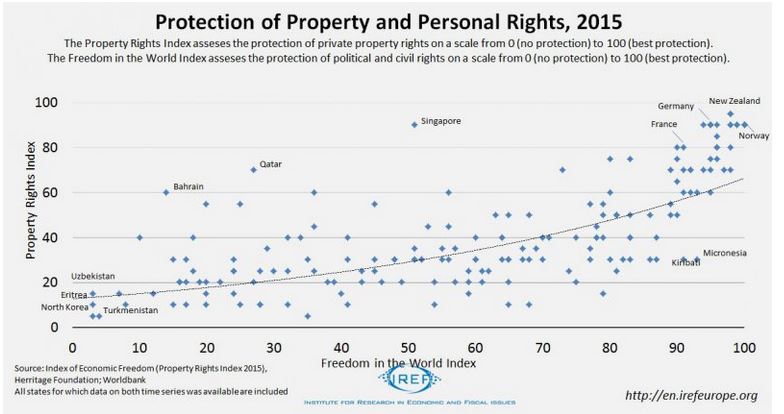 Capitalism and Democracy: A recipe for Wealth and Freedom

Almost 90% of all Germans believe that democracy is the best political system, despite the slight decrease in approval ratings during the past few years. However, only a quarter of the population thinks the same way about capitalism, while 45 % have positive feelings for socialism. The spirit of this attitude is best described by the left-wing politician Sahra Wagenknecht who demands: “Freedom instead of Capitalism!”. In fact, freedom is as unthinkable without a market economy as wealth is without democracy. The combination of a market economy with democracy is the most effective formula for growing wealth and increasing freedom.

Wealth and Freedom is not an Automatism

Mankind is getting richer. At least since the middle of the 19th century wealth is increasing globally and the share of absolute poverty is steadily decreasing. The amount of goods and services produced and available for consumption is growing year on year.
Mankind also becomes freer. More and more humans have the opportunity to take their lives in their own hands and actively participate in shaping their environment instead of being exposed to the whims of a few powerful individuals.

However, growing wealth as well as increasing freedom do not come about automatically. Wealth and freedom still remain very unequally distributed around the world. It is no coincidence or a result of faith that some countries are free and wealthy while others are unfree and poor. What makes humans in some countries wealthy and free while humans in other countries remain poor and unfree?

The winning formula is the combination of capitalism and democracy – it is a social order in which goods and their respective ownership rights are allocated through the free market and access to political power is organised competitively and open to everyone. Under such conditions humans can rely on private property and personal rights which lay the foundation for wealth and freedom.

Before the beginning of the industrial revolution, almost all humans were living in
poverty. Their living standard only increased slowly and wealth was concentrated in a few hands. During the industrial revolution several countries managed to leave poverty behind – first Great Britain, the Netherlands and Italy, followed by the other European countries, the United States, Japan and parts of the Commonwealths. Since that time the populations of these countries become wealthier from generation to generation.
The foundation for this development are productivity gains. The growing capital stock of these countries – this includes i.e. factories, human capital and the infrastructure – makes manpower more productive. So putting in the same amount of work as before leads to a higher output of goods and services.

Even long after the industrial revolution has lifted parts of the world out of poverty, some countries managed to get on the track to prosperity. Well-known examples are the Four Asian Tigers South Korea, Taiwan, Singapore and Hong Kong, which experience fast growing wealth since the 1980s. In other countries, humans did not manage to massively expand their capital stock i.e. in large parts of Africa south of the Sahara.

Why is it that the capital stock is growing fast in some countries, while in others it is only growing slowly, stagnating, or even contracting?

The Capital Stock can grow, if Private Property is safe

The capital stock grows if humans do not completely consume their income but save parts of it and offer it for investment. Cutting consumption today is the foundation for a bigger capital stock tomorrow. Since a bigger capital stock allows for more consumption in the future it is in principal worthwhile for humans to invest parts of their income. How much they save depends on how much they value future consumption. However, it also depends on how confident they can be that they will not be deprived of the future gains of their current abstention by theft or expropriation. 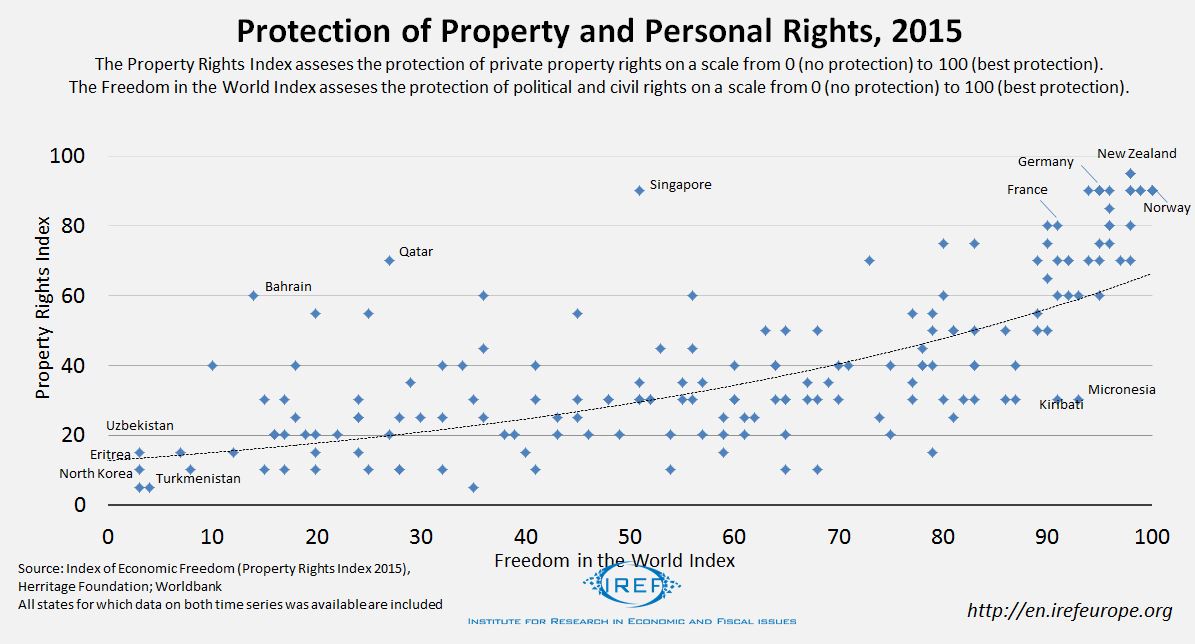 In order that humans voluntarily decide to forgo consumption there need to be institutions in place which protect private property rights from violations by other individuals or the state and make decentralised decisions regarding consumption and saving possible. A market economy based on private property rights is needed. Alternative methods to build up a capital stock – from slavery to planned economy to raids – have historically proven themselves and also currently prove themselves not only to be inadequate but also to be catastrophically for everyone involuntarily involved.

In countries, which developed institutions to protect private property earlier, people also became rich earlier. It is not entirely clear what led to Western Europe creating these institutions first – it might be because of cultural specifics or due to the importance of external trade. What is crucial, however, is the fact that the conditions for a growing capital stock and wealth are known: a market economy based on reliable private property rights.

Property and personal rights are secured best in democracies. The rule of law and competition for political offices limit the abuse of power and make participation in political decisions possible. In democracies the demands of the citizens have to be taken into account if the rulers do not want to lose their mandate.

Capitalism and democracy therefore not just complement but also reinforce each other. The competition for positions of power taking place in democracies also limits the sphere of influence and thus contributes to the reliability of the property rights. The institutions of a market economy and reliable property rights are further limiting the enforcement of the democratic decision-making to those areas in which it is reasonable.

Democratic societies are not free of problems. They have to implement mechanisms to avoid that well-organised interest groups profit from privileges at the expense of the rest of the society, that politicians place their own interests too much in the foreground and that majorities restrict the freedoms of minorities. An effective means to face these dangers is the decentralisation of decision-making competencies.

Democracy and the Market Economy are twins

The interplay of capitalism and democracy is the most effective formula for wealth and freedom, which is known to humanity. In individual cases autocrats have also preserved and expanded the freedom of their subjects, however, these are historical exceptions. Only the combination of capitalism and democracy gives humans the opportunity to shape their own lives and their environment in voluntary cooperation – in political as well as social matters.
It is good news that humans in free countries perceive democracy as something precious and oppose the dismantling of democratic institutions. It is also good news that most humans in non-free countries wish for the implementation of democratic institutions. Nevertheless, it is desirable and crucial for future increases in welfare that the benefits of capitalism are similarly acknowledged.

This article is a translation of an original piece published on our German site and available at http://de.irefeurope.org/Marktwirtschaftlich-organisierte-Demokratie-Rezept-fur-Reichtum-und-Freiheit,a1167 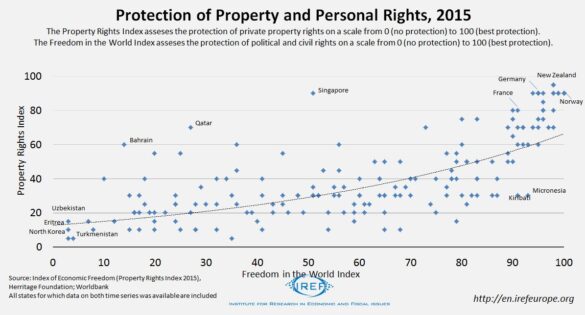 A “poisoned” Apple for the EU?