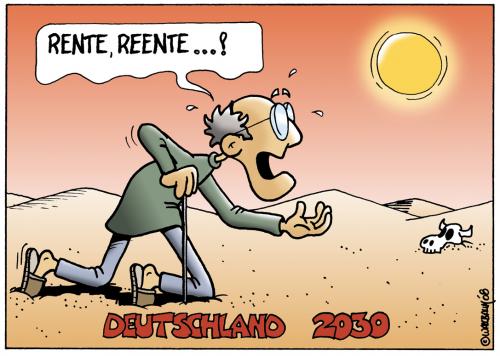 A new IREF Policy Paper by Senior Fellow Alexander Fink analyses the colourful patchwork of various private pension schemes the government has created, and compares their inflexibility and other disadvantages to the US system. A “single pot” which would enjoy some of the currently individualized incentives would be a much better idea for everyone in Germany. And it may even contribute towards social justice.

Pension reform, demographic time-bomb, yada yada yada, yaaawn. We’ve all heard it, we’ve all cried out our “something should be done!” and we’ve all moved on…

In that we are remarkably like our governments. Take those in Eastern Europe. After the so-called “second pillar” (which allows people to earmark some of their social security taxes into a fund) was introduced with much fanfare, after a few months or years it was unceremoniously scrapped (Slovakia, Poland) or confiscated (Hungary); but it was still ruminating in the Czech Republic. Such inconsistency! The Czechs, who introduced a shallow Second Pillar only after finally receiving their Best Procrastinator Award, were still going on! “Fortunately”, the socialist-populist coalition elected three months after the Pillar’s birth “homogenized” the situation in the Visegrad countries by scrapping it too. Official reason voiced by the Prime Minister only last week? “It was already scrapped in Slovakia, Poland and Hungary, so we just did the same”…

Meanwhile, on planet Earth, Germany is at least not scrapping its budding pension funds. The discussion there, as in many other countries, revolves around what the optimal incentives should be from the government to encourage people to let go of the government’s all-giving hand.

IREF Senior Fellow Alexander Fink analyses in a new IREF Policy Paper [German] the good and bad aspects of German incentive schemes to save in private pension funds, and compares them with the incentive system in the USA.

Fink finds that the patchwork of three German private pension schemes provides insufficient incentives to participate in it. There needs to be more flexibility in the system regarding how the money is invested during the savings phase and how the money is withdrawn during the retirement (lump-sum or an annuity). “Savings depots” should instead be established which would enjoy at least partial freedom from social security and tax payments; all three stakeholders – individuals, employers and the state – would then be able to contribute to such simplified depots.

That’s the executive summary, but the details of the German “patchwork” of existing schemes is indeed interesting and worth a further note. All three types of funds are offering only some of the usual advantages and incentives, as if governed by a secret rule to make sure that a certain scheme can enjoy a monopoly over a certain benefit.

The three schemes are each respectively named after a German economist, a federal minister of social affairs, and a federal minister of finance; Rürup, Riester and Eichel, if you have to know. Whilst these names will be familiar to Germans, we’ll just label them by the occupation of their namesakes. To complicate matters, the scheme named after the finance minister is just an umbrella for 5 sub-schemes for
• a Pension insurance,
• 2 kinds of Pension funds (one with a 35% ceiling on investment in stock, one without),
• a Direct commitment (companies promise to deliver something upon retirement), and
• a Provident fund (the same, but assets are managed independently outside the company).

What individual schemes do and do not offer is summarized in the following table.

All in all, the expectations on future pensioners’ financial literacy are rather high. Alternatively, the system creates earnings opportunities for various consultants and advisors who could otherwise do something more productive.

A simplified single pot with some limited eligibility for all these incentives, which IREF’s Alexander Fink proposes in the policy paper, would therefore be a much more sensible idea.

Currently the three schemes do cover the spectrum of traditional “pension fund investments”, but each forces one pile of cash into one investment strategy. But that is actually socially rather risky. Economies change, and so does the World Economy. What may have appeared to be an optimum situation for Scheme No. 1’ investment strategy may soon develop into Scheme No. 3 being the best – but savers’ monies cannot follow such transition. There is principally no reason why the schemes’ individual investment strategies (and risk exposures) should only be tied to the schemes’ individual accounts. Prudent saving depot will still diversify risks across instruments, but will be better able to adapt to the changing world.

The call for allowing greater freedom on withdrawals on retirement is especially important. Great extension of a right to a lump-sum payout has just recently been implemented in the UK. It can be a very social and just policy. Nobody knows their state of health upon retirement. Some people will necessarily find a shorter life candlewick than they had hoped for and will want to get their hands on their savings sooner rather than later, perhaps to make the last few years more bearable. The state keeping this option from them results effectively in just another tax through which the sick are forced to cross-subsidise the healthy.

Such tax is not very commensurate with Sozialgerechtigkeit.

(Above cartoon by Rovey)