Copyright 2022 IREF Europe
Home » Do economists believe too much in the market?
Online Articles 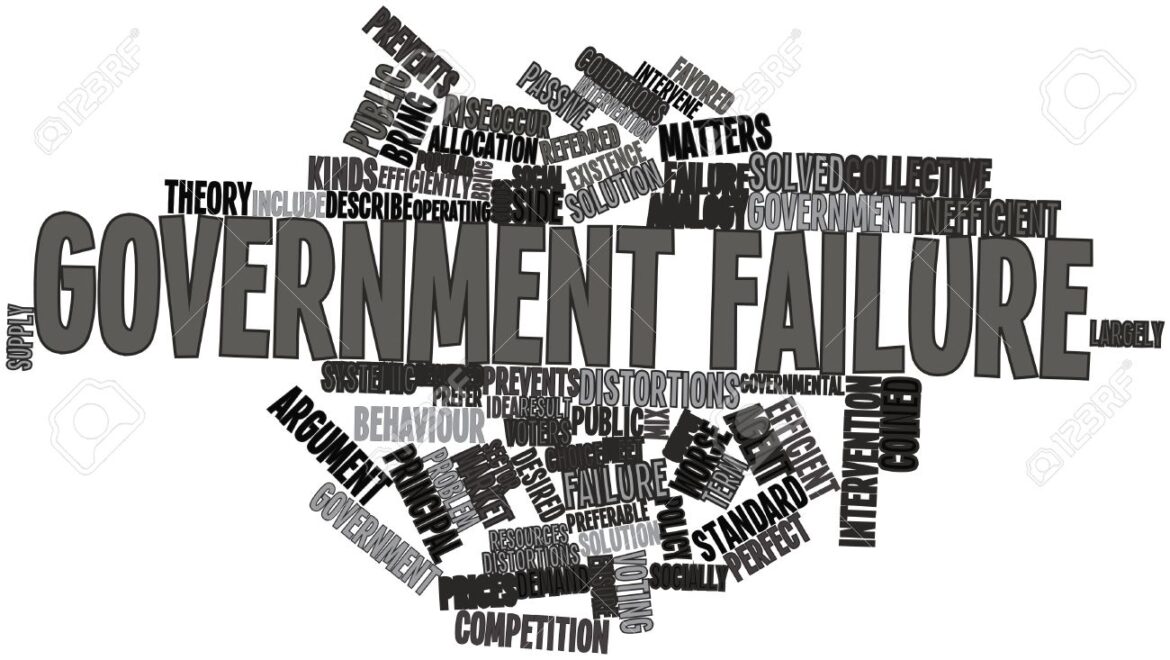 Economists are often accused (especially by other disciplines) of exaggerating the virtues of the market and of systematically downplaying the chances of a successful government intervention. In this view, economists are “market believers” and “state sceptics”, which is then reflected not only in research, but also in teaching and policy advice.

It is true that economists deal with the causes and consequences of state failure more intensively than other social scientists. Economic analysis of government failure has become an important research program over the course of the second half of 20th century.

Nevertheless, the label of unilateral market orthodoxy does not really stick. A look at the ngram statistic (courtesy of Google’s digitization project) reveals that the term “market failure” appears in the literature much more frequently than “government failure”. Given the prominent role played by the state in our economic system, it is apt to ask: Why is government failure so little discussed?

According to a common definition, market failure occurs when the allocation of goods achieved through the market mechanism allocation is inefficient in terms of welfare: At least one market participant could be made better off without making the others worse off. Typical sources of market failure are externalities (effects of a transaction on uninvolved third parties that haven’t been priced in), market power (ability of individual companies or consumers to significantly affect the market price), asymmetric information (unequally distributed knowledge among market participants) and public goods (from whose consumption no one can be excluded).

On the other hand, it is NOT a market failure when the market allocation does not suit some political or moral standard. One of the most important messages of any introductory lesson on economics is that efficiency – the measure of the success or failure of the market – is not the same implementing a specific, politically desirable allocation.

The existence of public service broadcasting in most European countries, for example, cannot be “explained” by market failure. It exists because certain program content is politically desired. Nor is the speed with which broadband access spreads across a country a sign of market failure; only a sign that some European politicians consider it too slow.

However counterintuitive it may sound, markets can function surprisingly well even in cases of market failure. Externalities can be priced by decentralized negotiations between concerned parties. Market power is rarely more than a temporary phenomenon and even then is actually a constructive one, from an evolutionary perspective. Norms and institutions (such as seals of approval or reputation mechanisms) develop to combat problems of asymmetric information. Upon closer scrutiny, alleged public goods often turn out to be private goods.

The State as a Fixer

Let’s assume that market failure is indeed detected with respect to a certain category of goods or industry. It does not then follow that such market does not work, simply that it deviates from a theoretical ideal. It is not surprising that complex phenomena like real markets differ from their abstract economic models – sometimes more, sometimes less. Market failure is therefore everywhere.

Does the diagnosis of market failure justify state intervention? Not per se. The relevant counterpart to imperfect market is not an idealized government led by an omniscient philosopher-King, but real government institutions and processes. It is not enough to show an efficiency-promoting effect of a particular intervention if it is unlikely that the real world political process actually leads to such effect.

The relevant question here is whether governments can – and do – fail, just like markets. A universal definition of a government failure still eludes economists. At first blush we could define it as a failed attempt by the government to compensate for market failure. Such government then creates new problems instead of solving old ones and redistributes resources to influential interest groups. That’s government failure.

In the real world, market institutions are subjected to state institutions. The often invoked “State/Market Dichotomy” disguises the fact that the state assists market participants by securing property rights, enforcing contracts and setting out legal framework. States also set out regulatory frameworks within which markets can function (or fail).

At a second blush, therefore, an alternative definition of government failure reflects this central role of the State. The government here not only corrects failures of an otherwise autonomous market, but also significantly impacts its institutional framework. Government fails when its intervention fails to make at least one person better off without making anyone else worse off.

Under the light of this definition, many traditional cases of market failure blossom into cases of government failure on account of missing (or faulty) regulation, laws and institutions incommensurate with the workings of specific markets.
Given the theoretical importance of government failure and the dominant role of governments in our economies, one may be forgiven for expecting that economists and other social scientists discuss this phenomenon quite intensively. A look at the literature over the past 200 years, however, makes for a disappointing picture.

Market failure dominates in the literature

The digitalisation project Google Books allows a keyword examination of about 20 million books, about 15% of all US published books since 1800. The statistics show that the concept of “market failure” emerges for the first time to any significant extent in the 1940s. In the mid-1960s it begins to rise, peaking in 1996 and losing somewhat by the end of the observation period in 2008.

The term “government failure”, on the other hand, features less prominently in the literature. It first appears in any measurable frequency in mid-1960s and then slowly rises until 1999, after which it also falls off.

For an interesting comparison, the relative frequencies of the equivalent terms in German do not fall off in the 21st century, and frequency of the German for “market failure” actually keeps rising throughout.

Although the books covered by Google cannot be assigned to individual academic disciplines, the statistics at least suggest that the discussion of market failure does not lag behind the discussion of government failure. The challenge to economists that they blindly believe in the market is therefore unsupported by the relative frequencies of the terms. (At least under the plausible assumption that since economists created the term “market failure”, it is also in economists’ writings that it appears most frequently.)

Economic literature is rich in theoretical and empirical analyses of various forms of market failure. So much so that the accusation of market orthodoxy cannot be supported. The Google books results suggest that market failures are actually more discussed than government failures.

Real markets, however, are always embedded in an institutional environment and significantly influenced by state actors. When we take into account the fundamental role of governments as legislators and market regulators, many apparent market failures turn out to be cases of government failure. When government failures are this important, it is surprising that economists don’t actually pay them more attention than they do to market failures.

This article has been translated (and slightly adapted) from its German original by Petr Barton.