DON’T THROW OUT THE LIBERAL BABY WITH THE NEOLIBERAL BATHWATER

The left-liberal newspaper The Guardian recently published “Has Covid ended the neoliberal era?” by Adam Tooze, Professor of History at Columbia University. The article embodies a renewed vigor on the Left around themes of inequality, climate change, and a presumed inability of market capitalism to deal with such key challenges. Harvard business professor Rebecca Henderson invites us to reimagine capitalism in “a world on fire,” an increasingly common call within the academic, business, and policy communities.

The core idea in this strand of thinking is neoliberalism—a loosely defined label for a global financial and economic system emphasizing trade and free markets, albeit under the steady control of powerful government and private institutions—is responsible for financial crises, climate change, poverty, the poor shape of public education, tax evasion, even the election of Donald Trump. While this system dominates nearly all the world’s economies, its exact nature is said to hide somewhat in the shadows, with social critics such as George Monbiot, another Guardian favorite, lamenting that this obscurity among the general public is “both a symptom and cause of its power.”

Such attacks on neoliberalism are misguided because they conflate the modern system of powerful central banks, governmental and nongovernmental institutions shaping production and trade, large regulatory and welfare states, and other manifestations of corporatism and even “crony capitalism” with the classical liberal or libertarian vision of a free society, one in which private property, markets, free trade, and limited government channel productive activities into innovation, economic growth, a vibrant civil society, and improvements in overall social and economic well-being. In attacking the neoliberal baby, they also want to throw out the competitive, market-based bathwater. 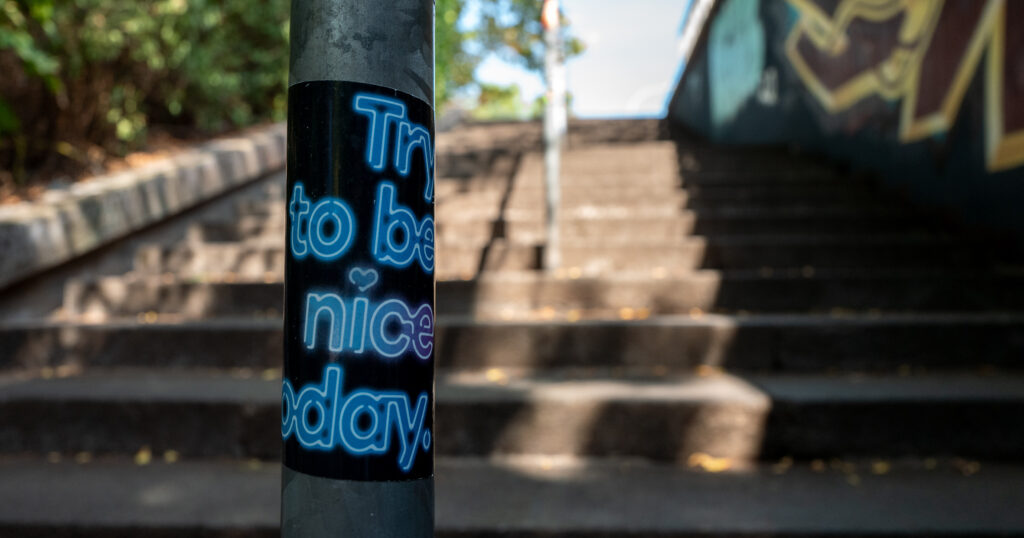 The Problem With “Neoliberalism”

Neoliberalism, as understood by critics on the Left, is embodied in rules and practices controlled by groups like the World Bank, International Monetary Fund, European Union, and other government and semi-government institutions and typified by the ideology of the World Economic Forum. The critique of neoliberalism is essentially a claim that modern capitalism has brought inequality, injustice, displacement of the middle class, fewer rights for labor, and so on. The solution is either to get rid of capitalism altogether or to nudge it more to the Left—to make it more “neo” and less “liberal.” This would involve affirming that state action, rather than decentralized market behavior, is the primary tool for implementing the common good; public-private partnerships are better than private action; and replacing financial profitability and shareholder wealth maximization with a focus on CSR, ESG, and stakeholder-based measures of performance will curb the worst excesses of capitalism.

We too are critical of “Davos Man” and the corporatist, elitist, state-capitalist model he represents, but for different reasons than Tooze, Henderson, or Monbiot. A key problem with neoliberalism is that it gives us crony capitalism, a system in which politically connected firms and other elite groups use the state to gain favorable economic treatment, to the detriment of overall well-being.

To see why, let’s start by clarifying terms and ideas. A key problem with these debates is that there is little consensus on what the term “neoliberalism” means. We use it here to describe the “new world order” of the IMF, World Bank, Council of Foreign Relations, and similar groups of vaguely pro-business elites. In some writings, neoliberal is a generic smear term for “the establishment” or “the bad people we’re fighting” (which is why classical liberal and libertarian thinkers have mostly rejected the term).

Some critiques of neoliberalism degenerate into a Manichean narrative that places Margaret Thatcher and Ronald Reagan in the roles of semi-authoritarian instruments of a sinister ideology promoted by the Mont Pelerin Society. It links Nobel Prize–winning economists Friedrich Hayek, Milton Friedman, and James Buchanan with racism, fascism, and even plans to put democracy, in the words of Nancy MacLean’s questionable narrative, “in chains.”

However, it is important to recognize the variety of views and approaches within the classical liberal, libertarian, and pro-market conservative traditions. While Adam Smith, David Hume, John Stuart Mill, Hayek, Robert Nozick, Murray Rothbard and Ayn Rand all belong to this broad stream, they are very different thinkers indeed, who held different views on the moral underpinnings of a free society, the importance of tradition, the proper role of the state, and so on.

Needless to say, this is very far from the vision of the classical liberal tradition which emphasizes personal and political, as well as economic, liberty.

If “Reaganism” or “Thatcherism” means deregulation, privatizations, foreign competition, openness to global trade, and pro-market policies (even if Reagan and Thatcher were not fully committed to these principles), then we should embrace it warmly! There is no doubt that, during the last 40 years, increases in economic freedom have brought hundreds of millions of people (especially in developing and underdeveloped countries) out of absolute poverty. Openness of trade and financial markets have allowed emerging economies (such as China since the mid-1990s) to attract foreign capital and FDI, improve their technological and organizational capabilities, and begin catching up with the advanced economies. Indeed, such policies tend to provide disproportionate benefits to the poor, giving emerging economies access to capital, technology, and human skills to improve their institutions, increase their productive capabilities, and generate improvements in the quality of life.

Of course, some individuals and groups may be worse off under market-oriented policies. Firms and industries that benefit from protectionist policies lose out if those policies are relaxed. Creative destruction via entrepreneurship and innovation threaten incumbent firms and their employees and, more generally, reduce average job tenure and stability. Whether and how to accommodate displaced workers and industries, to ease transition costs, and so on is a subject of vigorous debate (economists refer to “Kaldor-Hicks” efficiency when winners benefit more than enough to compensate losers, a principle often discussed but rarely implemented). However, these challenges are no more a condemnation of globalization per se than the potential displacement from creative destruction condemns market competition itself.

Indeed, liberal policies should in principle appeal to those who ostensibly champion the poor. Surprisingly, the reverse seems to be true. Socialist and Keynesian economists favor state-led economic development and a government oversight of production, consumption, and trade. They also see neoliberal policies as responsible for the financial crises happened in the last half a century. Their argument is that foreign capital inflows lead to economic volatility, replacement of social policies with neoconservative ones and political destabilization (with a decline of democratic processes), and finally to GDP slowdowns and recessions. Thus, socialists and (neo-)Keynesian economists want to control inward capital flows and replace foreign capital with monetary expansion, increased government spending, and a greater involvement of politics in the economy. They miss the fact that these policies themselves are responsible for economic crises; the housing crash and financial crisis of 2008, for example, far from being caused by deregulation or “greed,” was the result of massively expansionary monetary policy plus huge subsidies to the housing market.

“Neoliberalism” has become something of a universal bogey on the contemporary left. Using the words of the philosopher Ludwig Wittgenstein in his Philosophical Investigations, “the meaning of a word is its use.”. If the term refers to the corporatist and cronyist system championed by Davos Man, then we agree that this system should be curbed. The solution is not to give states even more power over markets, but to dismantle the system of privileges and protections for politically connected firms and groups and return to the classical liberal vision of a free society characterized by property rights, free trade, and voluntary cooperation.

While many have invoked the Covid pandemic to call for even more state intervention, we think the pandemic has vividly demonstrated many of the key problems with excessive state intervention. Policy makers have generally proved incapable of fine-tuning interventions, as classical liberal thought would predict, instead preferring to let fears and problematic analysis steer policies. Monetary policy which was already irresponsible prior to the pandemic has gotten even worse. Massive populist fiscal policy interventions have been made based on the spurious argument that the economy had been hit by a demand shock (rather than a supply shock). In the beginning aftermath of the pandemic, the world is suffering the disastrous consequences of irresponsible statism. To us, this is an opportunity for real reform, that is, beginning to dismantle a dysfunctional statist and cronyist system.