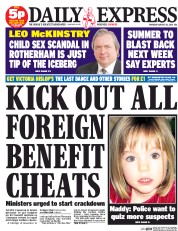 New ECJ ruling confirms that member states can currently deprive non-residents of welfare payments. Yet, it has been popularly portrayed as a new tool to protect the spiralling costs of EU welfare states. We show that on the contrary, costs may rise, both in the short and long run, and the ruling makes welfare states even more entrenched. Meanwhile, the dominant part of “international welfare tourism” continues since the largest claimants are those with jobs, and the ruling only reinforces this trend.

The European Court of Justice in Luxembourg ruled in November that “Economically inactive EU citizens who go to another Member State solely in order to obtain social assistance may be excluded from certain social benefits”.

This ruling has been generally welcome by both popular politicians and popular press who see it as a confirmation that EU states can now exclude foreigners from other Member States from claiming domestic welfare benefits.

In reality, however, we believe that

The following sections explain each of these in turn.

1) What is the ruling actually saying?

The issue is on what grounds can someone claim welfare payments in another European country.

In popular view, anyone can claim benefits, including the idle

“These idle immigrants come only to claim benefits. I wouldn’t mind if they actually had jobs, but…” This is the popular word on the street in many European welfare states, not just in the UK (where it has recently been giving a huge boost to a political party calling for independence from the EU). According to this view, many immigrants are coming not to work but “to be unemployed” in the country.

In reality, only workers have a right to claim

“Equal treatment” doctrine applies to all EU citizens regardless of their origin, anywhere within the EU. Just like a private employer cannot discriminate foreign EU nationals applying for jobs, nor can the governments discriminate in services offered to their residents.

Therefore, EU governments must pay the same welfare benefits to all their residents (regardless of nationality). A resident defined in Directive 2004/38/EC on Free Movement as an EEA (!) citizen who fulfils at least one of the following four conditions:
• working as an employee (or seriously seeking work),
• working as a self-employed person,
• studying,
• being self-sufficient or retired.

In other words, you have to work (or be sufficiently rich not to need to work) to be a resident and therefore eligible for welfare.

The case involved a Romanian mother and her son who sued the Jobcentre in the German town of Leipzig before the local social court for not granting them the “Grundsicherung” money. (This is an umbrella term for various “social welfare” payments; here they included subsistence money for the mother, allowance for the child, and money towards accommodation and heating for both.)

The court confirmed the doctrine that in order to qualify for social assistance payments, one must be a resident. To be such, one must work or seek work. As the Romanian citizens never did either, they did not fulfil the “residency” requirement and therefore do not have a claim.

(There is, nevertheless, a general caveat: after five years, even the idle still automatically become residents.)

2) In the short run, costs may rise, even though some welfare migration may be discouraged

Popular media believe that the ruling will help stop welfare migration. This is unlikely.
If indeed governments now begin to apply rigorously the “residency”, it would only stop migration if it were difficult to establish residency. But it isn’t. It is usually enough to show to the job centre that you are actively seeking employment, so job-centers can now become overwhelmed by those who now have to jump through an extra hoop to get their welfare.

3) In the medium run, EU governments continue to encourage welfare tourism, despite the ruling.

• Governments choose to pay welfare even to non-residents. Indeed, the Romanian family that brought about the current ruling is a perfect example of this. Governments often choose not to apply the residency test and pay “voluntarily”. With this confirmation from the ECJ, they may now stop. But they still encourage welfare migration at large because

• Most welfare goes to workers. The popular view that most benefits go to the poor, unemployed or idle is simply wrong. The post-war welfare state has been completely captured by the middle class (who are in reasonable jobs). Political economy explains this through the Median voter theorem. Empirical studies have been demonstrating it in the 1970s, 1980s, 1990s, 2000s and beyond. Therefore migrating for welfare is still possible, and is mostly done not by the idle but by workers seeking in-work benefits, who obviously automatically satisfy the residency requirement.

If anything, the ruling now ensures that welfare payments continue to go mainly to those in work, by confirming the link “work -> residency -> welfare eligibility”.

There are few signs in reality that governments are dismantling the level of benefits for the middle classes, indigenous or “resident”. In fact, the ruling may make this task even more difficult, as we show now.

4) In the long run, the ruling will make EU welfare states even more entrenched.

Welfare states are generally very difficult to deconstruct. After some time, a sense of entitlement develops for most of its provisions; especially since the idea of a welfare state has been captured by the middle classes which contain the median voter. Democratically it is difficult to vote it away.

There may be only two feasible options: increase economic literacy of voters, or make the system completely unfeasible.

Greater knowledge can in principle turn the tides against welfare state. Recognition that there is no free lunch, the government has no money of its own and every penny given to someone must have first been earned by someone, may do the trick when it reaches the median voter.

The other, more drastic surgery may involve raising the costs of the welfare state so much that it becomes truly unaffordable even to the voter and she will turn against it.

When even non-residents claim welfare, naturally the costs increase and the system approaches the “critical point” much more quickly, and the system has a sooner chance of crumbling down under its own weight.

When, however, ECJ confirms that welfare is only for (working) residents, it is actually helping the welfare state to survive by protecting it from excessive claims. The system becomes even more entrenched by “keeping outsiders out”. States are then not motivated to competitively lower welfare payments “to keep welfare tourists out”, and the overall costs and inefficiency grow.

After all, even Lenin knew that for communism to succeed, it must be a coordinated international effort, to prevent overwhelming the first communist state from being swamped with economic immigrants. Sometimes, if there is no other way, swamping the system is good, if it stops communism or the welfare state.