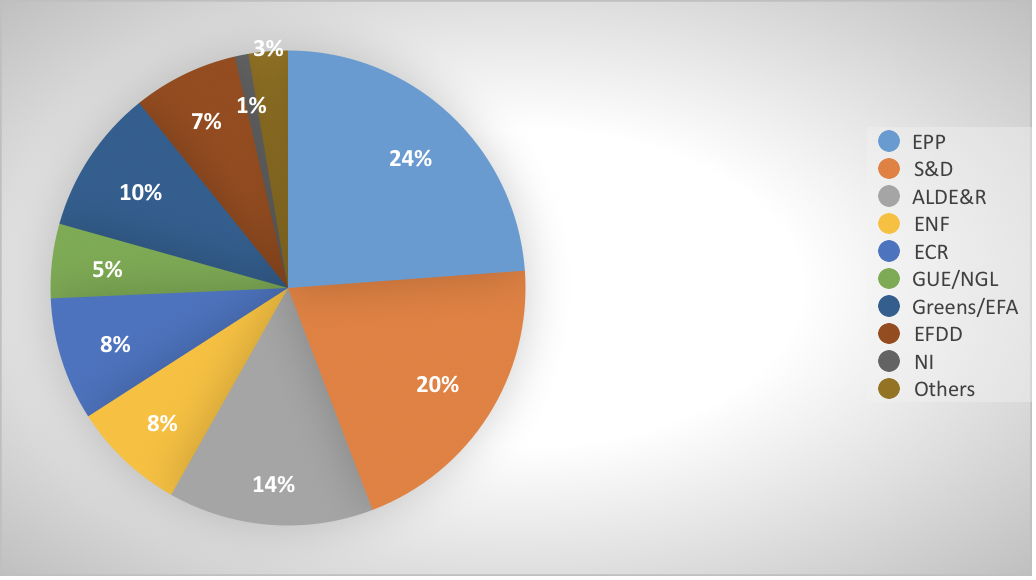 Despite plenty of terrifying predictions about populist coalition victory and its consequences, the latest European election provided a rather different outcome. No tsunami materialized, no earthquake. Nothing that would wipe-out the political equilibrium at the heart of the European Union as we know it.

Surely, the election has delivered a more fragmented Parliament (Fig. 1). The traditional leading groups, the center-right European People’s Party (EPP) and the center-left Socialists & Democrats (S&D), have lost some of the influence they had been enjoying since the first direct election of the European Parliament in 1979. Eurosceptics have made progress, however, it has not been a decisive jump. The seats won by soft and hard Eurosceptics are not sufficient to lead the Assembly (they are between 25 and 30 percent of the total). Moreover, Eurosceptics include rather heterogeneous groups of MEPs, each of which tends to adopt a pro-home perspective on problems of broader relevance. They cannot but disagree, therefore, on crucial issues such as, for example, the type of relationship Europe should have with Russia and the allocation of the European Budget.

Overall, the picture emerging from the ballot boxes is one in which anti-European forces have missed their chance to launch major and radical reforms. As the dramatic increase in voter turnout suggests, pro-Europeans voters were more motivated than before. In other words, most voters do not want the Union to come to an end. They simply demand that the Union get rid of most of the bureaucratic paraphernalia piled up in the last few decades, and be more responsive to the concerns of the common EU citizen. Among these, Immigration ranks first, according to a recent Eurobarometer survey (Standard Eurobarometer 90, Autumn 2018), and Climate Change fourth, although it is quickly climbing the ranks.

The increasing interest in environmental issues partially contributes to explaining the success of the green parties in Germany and most of the North-European Countries in EU Parliamentary elections. Instead, Southern Europeans (if one excludes France) seem rather disinterested in the Green Wave. The quality of the environment appears as a luxury good; something one cares about when more pressing needs are satisfied.

Which Way Will The EU Parliament Go?

The distribution of preferences across the political groups in the European Parliament does not show a clear pattern. As mentioned above, the only relevant result is that no conceivable populist coalition will have a sufficient number of seats to lead. However, the rising fragmentation of the political groups could reveal interesting insights if assessed against the backdrop of the nationalist perspective.

As expected, the forces belonging to a (to be constructed) populist, anti-UE coalition have obtained the lion’s share in Italy, Hungary, Poland, France and the UK. Yet, they are less decisive than one might presume. Marine Le Pen’s Front National won fewer seats than five years ago, despite the low support Emmanuel Macron’s Government enjoys (his list ranked second at the national level). Matteo Salvini’s League has obtained a big success in Italy. However, the other major Italian populist and Eurosceptic party, the 5Star movement, lost badly.

In Hungary, Viktor Orbán’s Fidesz party obtained 53 percent of votes, i.e. 13 EU parliamentary seats. However, it is not yet clear whether these seats will join a Eurosceptic group or the EPP. In Poland, Eurosceptics also obtained 53 percent of the vote, but scepticism, in a country that has greatly benefitted, and presumably will continue to benefit, from EU cohesion funds seems fragile.

In Britain, Nigel Farage’s Brexit Party profited from the confusion that Tories and Labour leaders are generating among British with their fuzzy proposals about Brexit. He obtained massive support, only partially offset by equally impressive rise of the no-Brexit Liberal Democratic Party. As Farage’s unique declared aim is to get Britain out of the European Union, he obviously presents no proposals to build an anti-establishment coalition.

Overall, scepticism about the European Union will unlikely translate into a homogeneous anti-establishment coalition, given national conflicting interests and the fact that national scepticism is fed by reasons that hardly overlap at the supranational level.

The recent elections have featured a sharp increase in turnout (20% on average), after 40 years of decline (see Fig. 2). The increase was particularly striking in the Eastern countries (Fig. 3), traditionally characterized by lower participation in European pools. It is probable that the presence of vociferous eurosceptic leaders led many voters to consider the electoral contest as a referendum pro or against the Union, which encouraged people to rush to the ballot booth. Rather surprisingly, participation remained stuck at around 35% in UK (well below the EU average, set at 50.9%), where the outcome of the electoral contest could have sent signals regarding the post-May cabinet and the features of the future EU-UK relationship.

Be that as it may, after decades of indifference, the big news is that people have finally understood that Europe is something to care about. As a result, the legitimacy of the EU has strengthened. This is, in itself, the most effective barrier against populism. 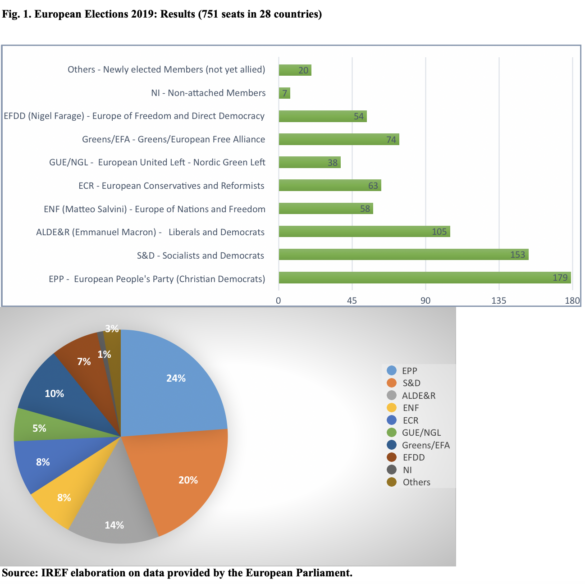 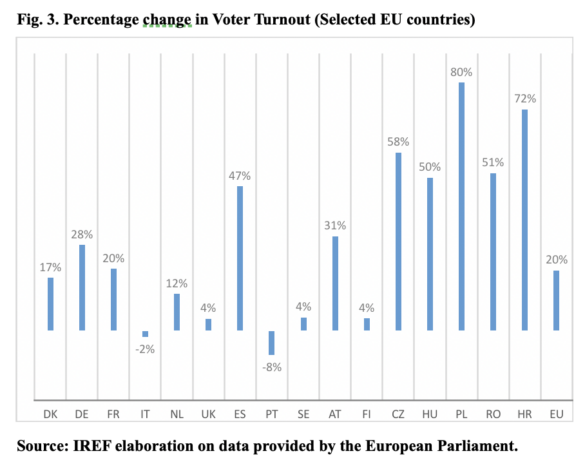 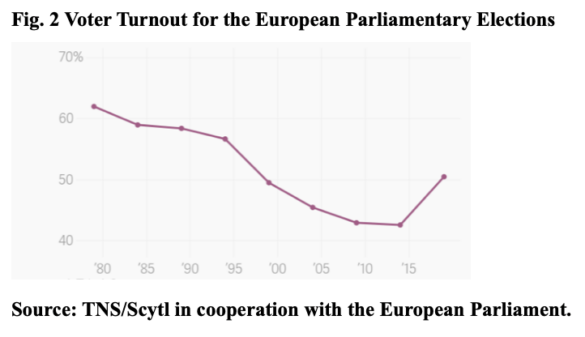