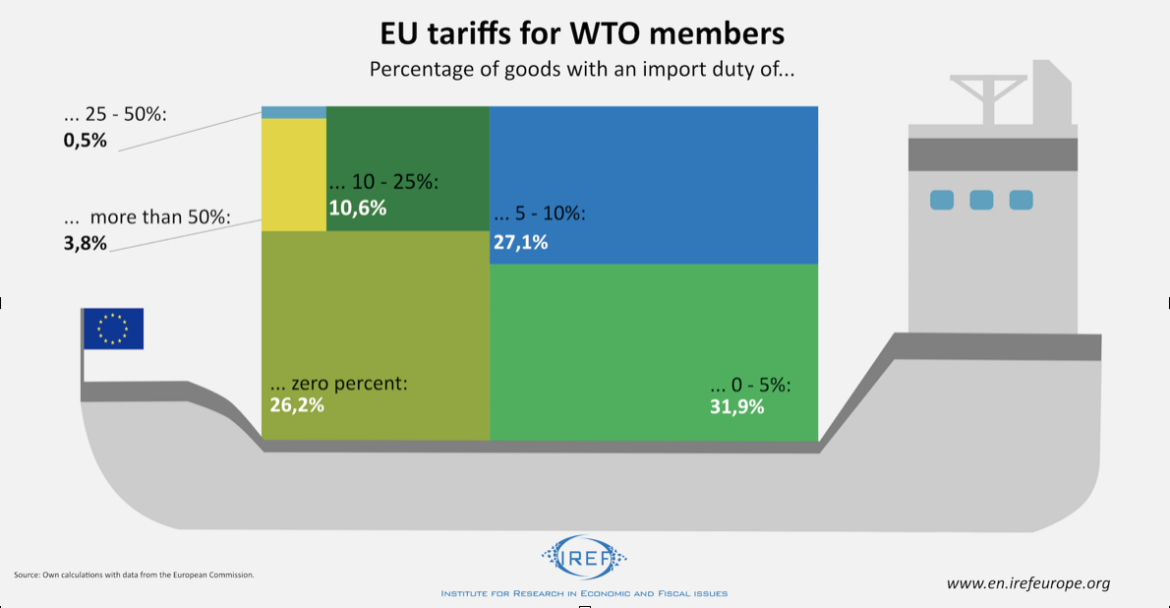 With martial rhetoric the US president Donald Trump is threatening with new trade barriers. Europeans follow a similar policy albeit at a more moderate tone. The European Union also imposes often hefty tariffs on steel and aluminium from China – the justifications are surprisingly similar. On both sides of the Atlantic the tariffs are justified by unfair Chinese subsidies. But the retaliatory measures are mainly hurting the consumers as well as the processing industry in Europe and provide a gateway for harmful lobbyism. It is about time to put our own house in order and to tidy out the EU trade policy.

As a member of the World Trade Organisation the EU must offer the same trading conditions to all WTO members: the same tariffs for the same goods regardless of their origin. The lowest tariff for a good that the EU imposes for one WTO member also applies to all other members. This rule simplifies the customs processing. When levying the tariffs there is no need to verify where the goods are coming from.

But there are exemptions. The EU itself is a good example. People within the EU can exchange goods and services undisturbed from tariffs.

Customs unions and free trade agreements are exempted from the obligation to apply the same tariffs to all WTO members. This should enable countries to advance free trade even when the removal of tariffs on a global level is progressing at a much slower pace. But because of the exceptions it must be checked whether a good which is imported at a reduced rate actually comes from the correct country. Otherwise goods from other countries could make detours in order to benefit from those lower rates. Especially by low savings relative to the WTO tariffs, many importers forgo the documentation and hence the better customs conditions of the free trade agreements.

The Tariffs of the EU 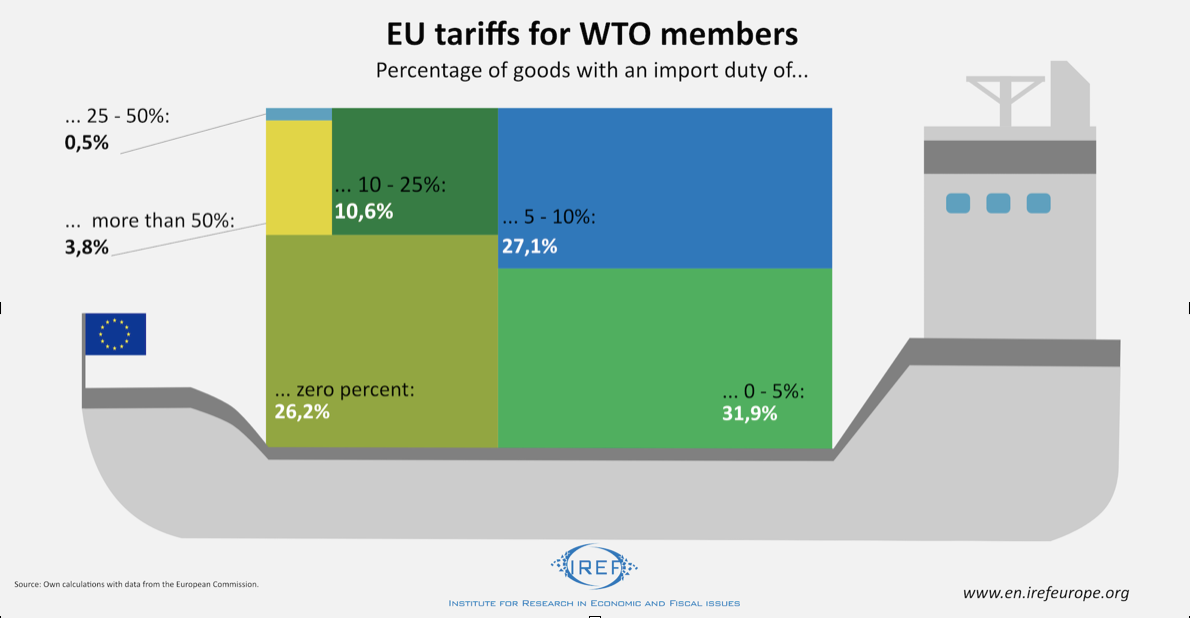 There are also some very curious facts. For example the tariff for salted dolphins is 15.4 percent. Salted horse meat can be imported at the lower rate of 6.4 percent. If the horse was not treated with salt but is fresh or frozen only 5.1 percent are applied while on living donkeys only 7.7 percent are levied.
This example reminds us of the speech of Hans-Rudolf Merz in the Swiss parliament. The phrases around the taxation of “Unionist meat” made him cry from laughing.

Customs Costs: What is Seen and What Is Not Seen

However, the effect of EU tariffs are not funny at all. They increase the prices of imported goods. But those are only the obvious costs. Additionally, less of the tariffed products are bought in the EU. The thus impeded exchange of goods, which would be advantageous for foreign producers and European consumers, leads to unseen costs of the collection of duties.

Also the customs processing causes costs. An example are the working hours of the importers and customs officers for categorise and calculate the customs payments.

The usual WTO tariffs are not the only ones the EU applies. It also imposes high duties on many iron, steel and aluminium products from China, WTO member since 2001. For example steel sheets are tariffed with 73.7 percent and bicycles with 48.5 percent.

The justification for these tariffs is the protection of the domestic industry from unfair dumping prices. If the price of the export in the EU is lower than the comparable price in trade in the producing country the EU defines it as dumping. At the request of the impaired companies anti dumping tariffs can be applied to avoid that due to the subsidies of other countries their goods can be sold at lower prices.

The fight against state subsidies is very welcome. If subsidies do not target positive externalities they cost the taxpayers of a country more than the the subsidised companies gain from them. This distortion in the international production structure leads to goods not being produced by using the resources in the most efficient way any more.

Dumping: Don’t Look a Gift Horse in the Mouth

However, when Chinese taxpayers finance dumping prices through subsidies, European consumers can be happy about it – contrary to the stakeholders of the affected European industries. In the light of such gifts to the European consumers it poses the question whether the advantageous of the European anti-dumping measures outweigh its disadvantageous. Currently the representatives of the affected industries are listened to in Brussels while the interests of hundreds of millions of consumers are upstaged.

It would surely be in the interest of European consumers to reduce the subsidies in the EU before tariffs are used to fight against subsidies of other countries.

The EU should lead by example and as a first step further reduce unilateral tariffs. In times of questionable trade war rhetoric this would not just be a strong signal for global trade, it would also benefit hundreds of millions of consumers in the EU. 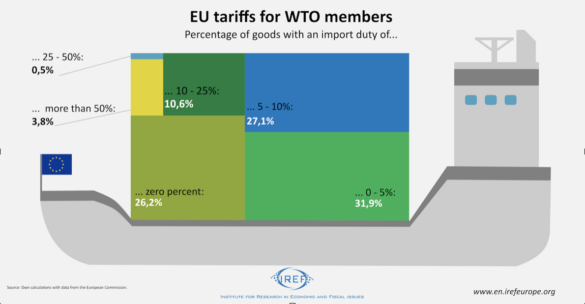