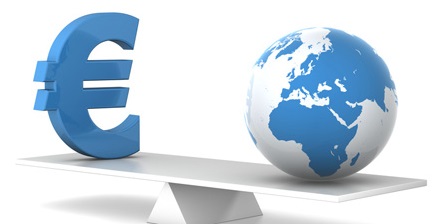 Security supply is not guaranteed, energy cost will increase and CO2 emissions will not be reduced. This is an obvious failure that Jean Pierre Riou, President of Mont Champot, has clearly seen. The IREF support his analysis.

Costs assessment of such policy might not have been done, at least it did not include all its parameters and side effects. Yet, the cheapest of their estimates give huge amounts of money so much that it is hardly compatible with the economic crisis in Europe. Knowing this, the observation of this policy results are even more pathetic.

1- Concerning security supply, distortions of the wholesale electricity market has a devastating effect on the conventional power plants competitiveness. Among them can be found the cleanest plants, using the European recommended combined cycle gas which has little negative impact on environment. These plants are forced to close one after the other, resulting in potential supply disruptions, even though consumption is declining.

Intermittent energy development thus jeopardizes our security of supply, both during drop and peak of production. Overproduction threatens the security network. The blackout risk causd in particular by Germany, is clearly described in the last report of the ENTSO.E.

2- Concerning the fight against climate change, this policy failed to reduce CO2 emissions.
According to the IEA, the world electricity production is not cleaner now than it was 25 years ago. According to PWC, after the first significant decline since 2001, recorded in 2009 for Europe, these emissions are increasing for the 2nd year in a row.

Many parameters are involved, those related to adverse effects caused by the development of intermittent energy cannot be ignored.

The Spanish Real Decreto 134/2010 promoting the use of coal is in fact related to the security of supply of electricity. Meanwhile German electricity provider RWE points out the risk of blackout if there are no support measures for coal and gas plants. This situation can not be dissociated from the intermittent nature of renewable energy.

3- Regarding the competitiveness of European economies, the development of intermittent energy is responsible for the “systematic killing of our industry,” according to Mr. Antonio Tajani, Vice-President of the European Commission in charge of this issue. Mr. Tajani thus confirmed his concerns to all industry leaders, as stated the joint communiqué of the German employers and unions last October.

4- The effort to develop a share of renewables energies in the energy mix can not have the same meaning in each country of the European Union.

For instance, France is the leading world exporter according to the IEA 2013 report. It is due to a low-carbon energy that amounts to 90% of its production. The development of intermittent energy sources cannot contribute in any way to make it closer to any objectives that led to its involvement.

In its latest report, the Court of Auditors considers that “No rare mature technologies (of storage) appears sufficient to secure the energy system by 2030” and a true “technological breakthrough” is needed. The history of science shows that these findings cannot be decreed.

The medium term low visibility of both risks and technological developments does not threaten so much the future of Europe.