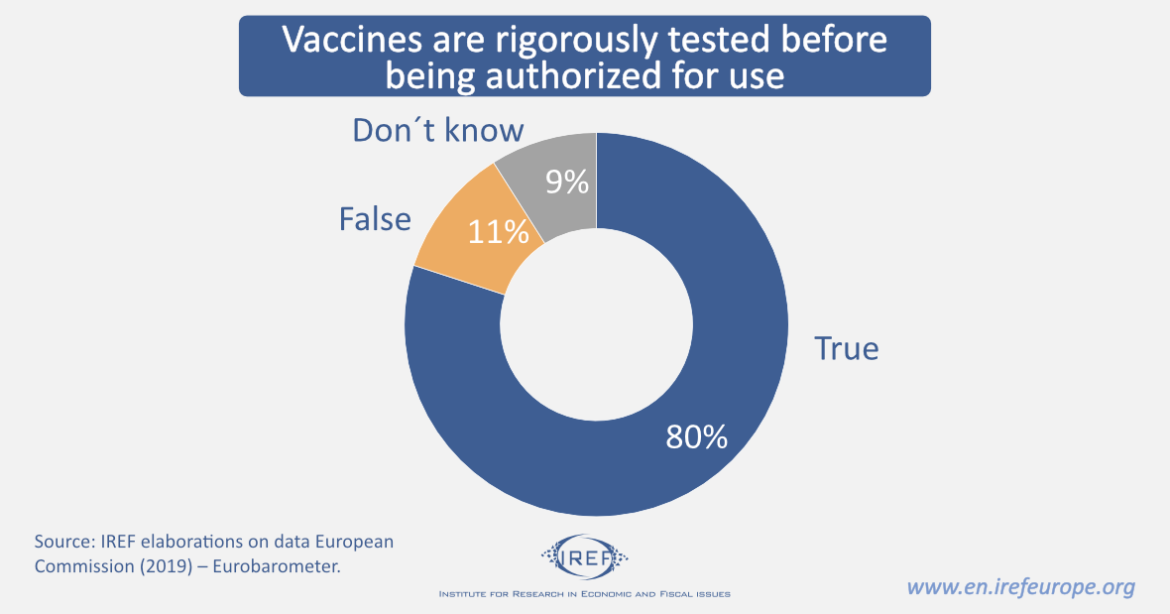 Vaccination is among the most successful public health measures available to society. In addition to preventing diseases, it dramatically reduces healthcare costs. In the case of the Covid-19 pandemics these costs can be quite significant. According to Fair Health – an independent non-profit organization that manages the US largest database of privately billed health insurance claims – the average cost of hospital care for COVID-19 patients varies from $51,389 for patients aged between 21 and 40 to $78,569 for patients between 41 and 60. In Europe, these costs are typically covered by the National Health Systems (NHS), but even in the USA the costs borne by the government are substantial.

Is there a way of easing the NHS burden? Vaccination is one. However, the success of vaccination campaigns critically depends on peoples’ attitudes.

In April 2019, the European Commission released a Special Eurobarometer survey titled “Europeans’ attitudes towards vaccination”. According to the survey, 85% of the people believed vaccination is an effective way of preventing infectious diseases, and 79% would consult and trust a healthcare professional to obtain information about vaccines. There were also some worrying findings, though: 48% of the interviewed believed that vaccines can often produce severe side effects, whereas 38% thought vaccines can cause the very diseases which they are supposed to neutralise.

What about today’s attitudes towards Covid-19 vaccination? The Flash Eurobarometer survey conducted at the end of May 2021 offers interesting insights. As illustrated in Fig. 1, 9% of the Europeans do not want to be vaccinated, while 6.4% of those interviewed would like to be vaccinated later.
If one adds to these figures those who answered ‘do not know’ or those who preferred not to give an answer, it turns out that nearly 20% of the European citizens might refuse to vaccinate. 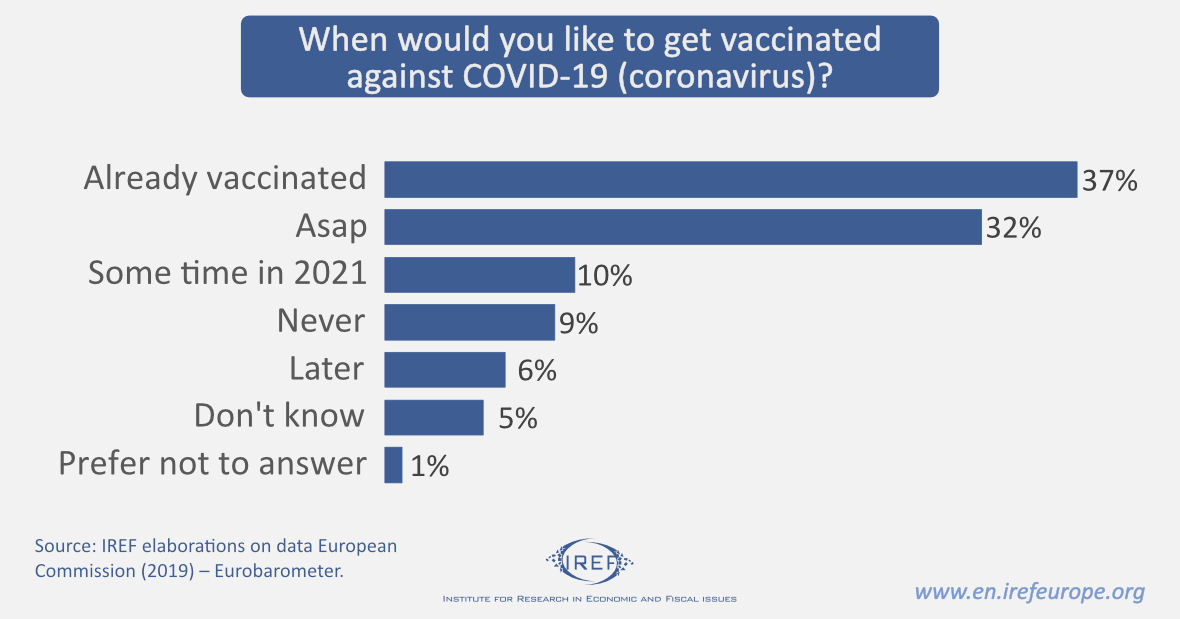 Those who answered ‘Later’ or ‘Never’ to the previous question were then asked how deeply reluctant they were and why. As one can notice in Fig. 2, the share of people who consider “very important” their aversion to all kinds of vaccines is rather limited. 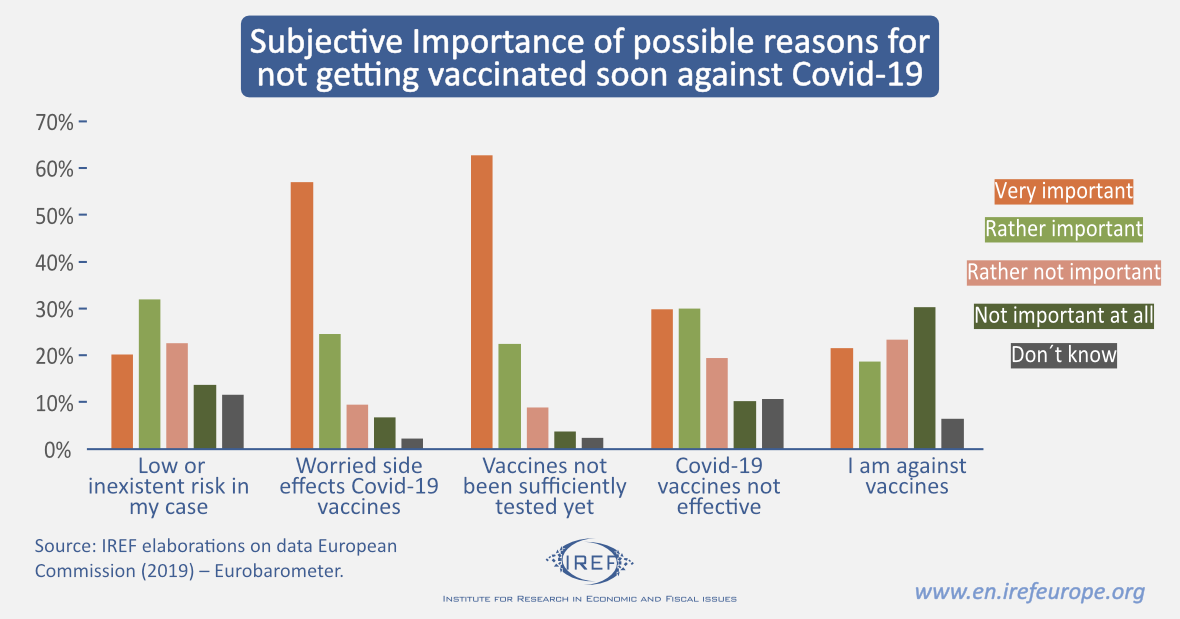 However, people who hesitate fear that vaccines have not undergone sufficient testing. Those who worry about possible side effects reflect similar feelings. Put differently, the real point is not aversion to vaccination per se. Rather, it is lack of trust in the tests carried out so far.

The lack of trust in the tests is not specific of Covid-19 vaccines. If one looks at the data made available by the Eurobarometer survey (Fig 3), in 2019 only 80% of the Europeans believed that vaccines are rigorously tested before being marketed. 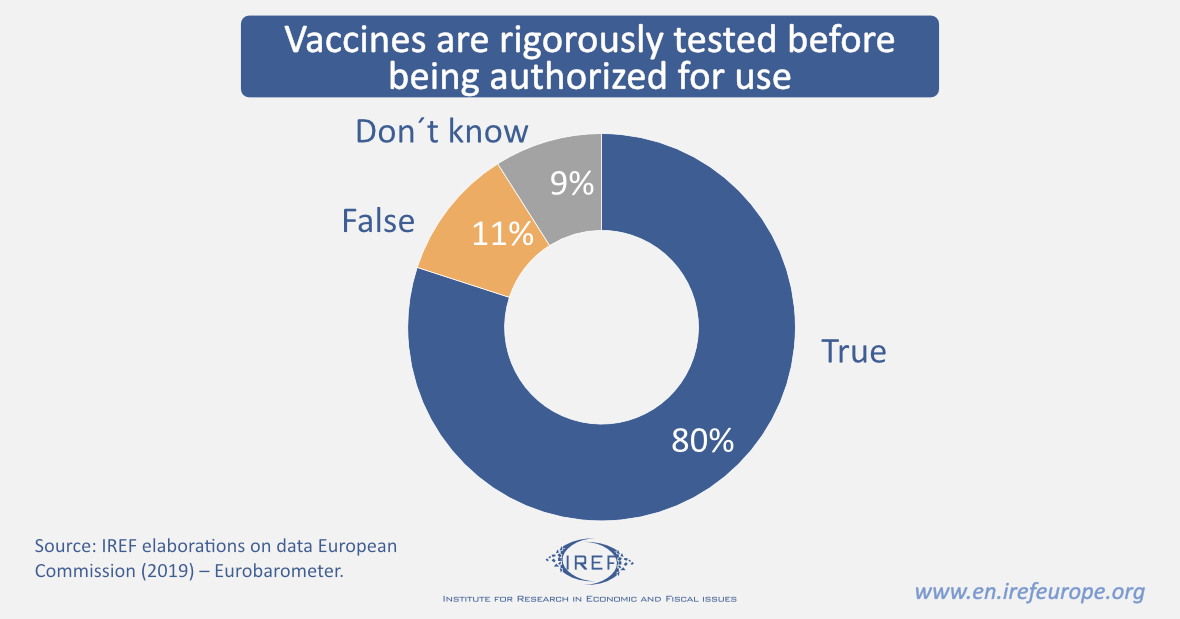 Regrettably, public authorities have contributed to promoting mistrust in this area. Indeed, as the survey carries out in May 2021 shows, many people are not at all satisfied with the vaccination strategy pursued by the European Union (45%) and the national governments (49%). Indeed, only 19% of the European nationals believe that their governments are a reliable source of information on Covid-19 vaccines (the percentage rises to 61% among health professionals, medical doctors, nurses and pharmacists). Trust is clearly a key ingredient to promote a vaccination policy. However, in recent months, trust has been undermined by a series of factors. One of these relates to how public authorities have provided explanations to their citizens. These explanations were sometimes counterintuitive: just think of the foolish claims according to which only infected people should wear masks. Sometimes information was incorrect or confused: just think of the age threshold regarding the Astrazeneca vaccine. The information conveyed by the traditional mass media has also played an important role in undermining citizens’ trust (including the social networks, which have amplified the most sensational nonsense). The upshot is that information has done little to tranquilize public opinion.

Instead, the media continue to insist on the total number of infections, and neglect to underscore the extent to which vaccination reduces the risk of infection and the need for intensive care or hospitalization. 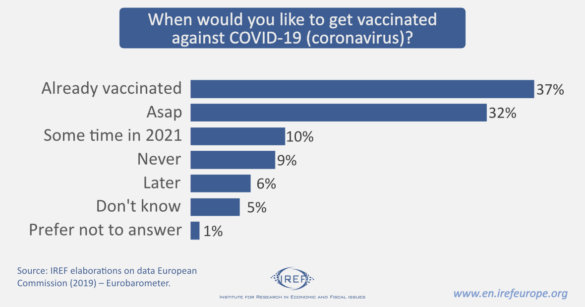 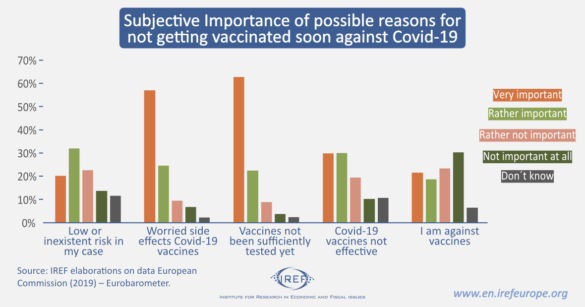 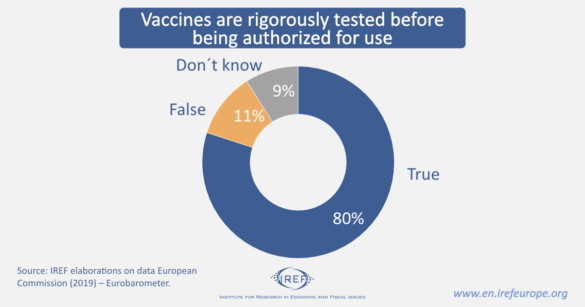