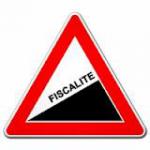 Gilles Hennesy, an LVMH director who is executive vice-president of commercial at Moët Hennesy, and Christophe Navarre, chief executive of Moët Hennesy, are both moving to London. Bernard Charlès, chief executive of Dassault Systèmes, declared that some Dassault’s top managers already from France to other countries for fiscal reasons. The press is talking about fiscal exodus, yet it is not accurate: it would be better to talk about fiscal competition.

Bernard Charlès gave a straightforward statement: “residing in France has become a big handicap. Very largely, our hiring of top managers will have to be done elsewhere than in France.” The tax regime is seriously hampering French top managers. Charlès explained that in a 28 million disposal of shares, he was forced to sell more shares than he had acquired in order to pay a tax bill on maturing stock. As consequence, other Dassault’s top managers facing the same tax problem have already left France and Charlès is considering doing so.

The situation is clear: in a time of globalization, top managers will choose to live where the tax regime is the best. François Hollande’s fiscal policies are not competitive enough compare to other countries as the United Kingdom or Ireland to keep these people. This is nothing else than fiscal competition between States.

Once the French Socialist Government will think “business” instead of “social”, and look around in order to become competitive taxwise, it is very likely the situation may improve. But as long as François Hollande will refuse the obvious truth, his policies will always be considered as “anti-companies” policies.

Bail Out and Bail In: Two Solutions for Cyprus