France: A Free-Trader President After Hollande? 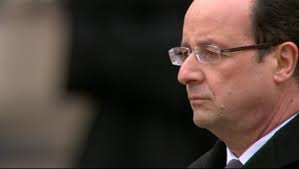 According to the Harris Interactive poll for Le Figaro daily and LCP television, French President Hollande would not be reelected in 2017. His fiscal policies are highly criticized and would cost him his reelection. It seems that Holland is discovering this principle : the more taxes, the less votes. Yet, if he is not reelected, what would be next?

According to this poll, 68% of the French people consider President Hollande as being incompetent. Tax hikes and an ever-growing unemployment led to a real abhorrence toward Hollande so much that he would not win the 2017 presidential election.

But what would be the alternative to President François Hollande? There are two obvious possibilities: either the UMP party, which is more conservative and would be somewhat “business-friendly”, or the Front National, which is nationalist and not really a free trade party.

Actually, there are no “free trade”, “classical liberal” or “business oriented” political party in France.

This vaccum is caused by an education – both at school and universities – that is, economically speaking, very poor. Worse: economic teachings are usually marxist-oriented. As a consequence, politicians are rarelly well-trained and do not have clear ideas of how free trade is working and how it benefits to workers and society.

Moreover, it must be pointed out that top officials of the UMP and the Front National are mainly former civil servants, trained in the Government school for civil servants called the “Ecole Nationale d’Administration”. It is easy to understand that in such a school, the public sector and its public services are considered as absolute sine qua non conditions for the ruling of a society.

So President Hollande not reelected because of tax hikes does not mean that the next French President would be a free-trader.

A real training of the politicians is necessary and that is one of the IREF’s missions to try to inform those who would rule France in the coming years.

The effects of fiscal decentralization on working hours: does it matter which government level taxes and spends?