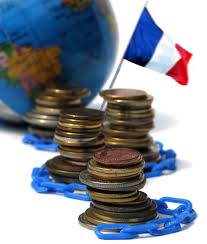 “Made in France” produced and exported: it is indeed a very popular program, but it can only be achieved if companies want to stay in or move to France. However, they are escaping from this fiscal and regulatory hell. Abroad, corporate taxes are much lower than in France and the legal framework is stable and attractive.

France would like to both close its borders to foreign products and export more. It would like to develop its multinational companies abroad, but having them pay all their taxes in France. And since large companies are making most of their profits abroad, they are accused of tax optimization implying fraud. Rather than question the structural deficiencies of the French economy struggling under the weight of the Government, this one is focusing on the large foreign companies that are becoming scapegoats.

Some NGOs get together in order to denounce tax evasion in tax havens. They have thus confused a few companies with questionable profile and large international companies who need to be present everywhere in the world and organized legitimately best to maximize profits in order to have a return on invest on the capital and invest.

They denounce countries that offer low and stable tax rates: Luxembourg where holdings enjoy a 25 year-unchanged system along with a tax reduced to less than 6% in royalties, Ireland has maintained against all odds its tax on corporate profits at 12.5 %, Switzerland , Belgium and the Netherlands which have special tax systems attracting either import/export companies, management facilities or corporate brand management. Each country overcome its handicaps in his own way: being an island in Ireland’s case, being lilliputian as Luxembourg … In these countries, companies have a stable tax systems while in France the mother/daughter holdings system or the registration fee on transfer of shares has changed three times in less than three years …

They Are Leaving France …

Rather than taking into account the competition from other countries, France multiplies taxes and regulatory rules thus harming French companies. It is not surprising that banks have already some of their departments in London in particular. Arnaud Montebourg encouraged them when he said in the Bourgt on September 5th that he was very “proud that the BPI (Investment Public Bank)launched an unfair competition to the banking sector”. Banks are not the only one to leave. Digital companies suspected of fraud are also leaving. Yahoo announced it will reorganize its services and transfer mots of them in Ireland.

France’s policies are made through the Government’s perspective only forgetting that without companies there are no public revenues or added values. Foreign direct investment fell of 77% in 2013 and unemployment is hell, therefore the solution does not lie in inventing a new tax on McDonald’s or Google. The solution is to make France attractive especially for the digital economy. Seeking revenge on international companies, France will become poorer and poorer. In Ireland, the result of the tax on corporate’s profit is the same in GDP percentage: 2.5%. And the Irish rate is 3 times smaller. If France were to enforce reasonable tax rates, it would not have to fear fraud.

France should rather encourage the creation of French and European digital champions by providing a protective legal framework. It is always better to use the same legal and tax concepts for all rather than trying to adapt the law for every case: doing this leads to a complex law system and creates injustice. France does not needs to imagine new ways to fight fraud, it needs a fiscal and legal environment able to attract new entrepreneurs on its territory.