France will soon change (again) its fiscal law, but not its fiscal policy 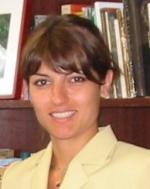 France’s government presents a project to introduce several modifications in the fiscal law; a project to be validated by the National Assembly before the symbolic date of July 14.

The project announces the already known death of the “tax shield” – a disposal that prevented the cumulated amount of direct taxes that a taxpayer contributes to exceed 50% of his/her personal income. Some of the ex-beneficiaries of the tax shield will be compensated for their loss via the introduction of a ceiling on real estate property tax: the payment of this tax can’t exceed 50% of the annual income. This, however, is clearly less to the advantage of the taxpayers than a limit of 50% of income for the sum of all direct taxes’ payments, including real estate property tax. The new law will also bring changes to the wealth tax (named ISF for “Impôt de Solidarité sur la Fortune). The tax-free threshold will increase from € 800,000 to € 1,300,000.

Indeed, the shift of prices of the real estate in France (not really affected by the crisis by the way) made in the last 10 years some 300 000 additional households subject to the wealth tax, mostly on the basis of the value of their main residence. For some of them –those with really modest revenues – the amount of the tax sometimes even exceeded the amount of their annual income.

Other change: if in 2011, the rates of the wealth tax remain unchanged, that is, they are going from 0.55% to 1.8% of taxable wealth (wealth being understood as real estate property, furniture, and most financial assets taken at their current market value); as of January 2012, the number of brackets of the wealth tax will be reduced as well as the rates.

Those changes are supposed to save to the taxpayers around € 1.86 billion per year. But what is given with one hand is taken with the other. To make up for its revenues loss, the government proposes to increase taxes on family successions, which are currently set between 5 and 40%. The two highest tax brackets (among 7 brackets), which concern respectively successions and donations between € 902 838 and € 1 805 677 and over € 1 805 677, will see respectively their rates increase from 35 to 40% and from 40 to 45%. Regarding donations, the proposed law would repeal tax deductions related to the age of the donor.

The government also decided to pay more attention to the taxes paid by non-residents: a new tax will be created for non-residents owners of secondary home in France that have no or little fraction of their revenues coming from France. They will have to pay 20% on the land-value of their good. According to the estimations, this tax will bring some € 176 million to the state budget.

The fiscal law reform is also targeting the so-called fiscal refugees and several proposals aim at limiting tax evasion. There will be, for example, an exit tax for capital gains concerning people that are setting outside France their tax residence in order to avoid capital gains taxation. In 2013, the proposed measures are estimated to provide an extra € 400 million to the state budget. This amount is however much below the real cost of tax evasion (several billions of euros) and one can wonder if the government is choosing the right arms to counter a phenomenon which roots remain in excessive—not insufficient—taxation.

It is hard to read a strong message in those reforms. The government, after saying for years that it will not do so, has chosen to abandon the tax shield: a move clearly in “l’air du temps”—understandable as Presidential elections are coming. Meanwhile, the teeth of the wealth tax have been filed down but taxation of succession and donation becomes heavier. This, apparently, is a deliberate move by the government whose intention is to shift fiscal burden from capital accumulation to capital transfers. The economic and ethical logic behind this remains—at best—unclear and, if this should not affect the budget of the state in the short run, it is hard to see how it will favor entrepreneurship and job creation in the economy.